The Genius of Lionel Messi Just Walking Around

On Sunday, a global audience of a billion plus will tune into the World Cup final to behold the most transfixing spectacle in sport: a small man walking back and forth. The Argentina-France match, at Lusail Stadium, in Lusail, Qatar, will be a showdown between two of the world’s great footballing powers that holds the potential for all sorts of thrilling action and endeavor. Will Kylian Mbappé, France’s superstar attacker, produce one of those runs to goal that leave wind-tossed defenders behind him, flapping like suits of clothes on a drying line? Will we see more clever, commanding midfield play from Mbappé’s teammate Antoine Griezmann, perhaps the tournament’s standout player? Or will the middle of the pitch be dominated by Argentina’s stubborn trio of Enzo Fernández, Rodrigo De Paul, and Alexis Mac Allister, with the moments of glory falling to Julián Álvarez, the twenty-two-year-old phenom who has slashed and pounced his way to four goals in his first World Cup?

Perhaps the match will provide all of the above. Yet the telling difference may be found in the least dramatic, least kinetic activity on the field. Sunday’s result might well turn, as so many games have before, on the meandering movements of Lionel Messi, who will spend much of the ninety minutes simply walking around—drifting here and there, wandering the field at the pace, and with the apparent dreamy purposelessness, of a flâneur on a psychogeographic dérive.

Dismantling Sellafield: The Epic Task of Shutting Down a Nuclear Site 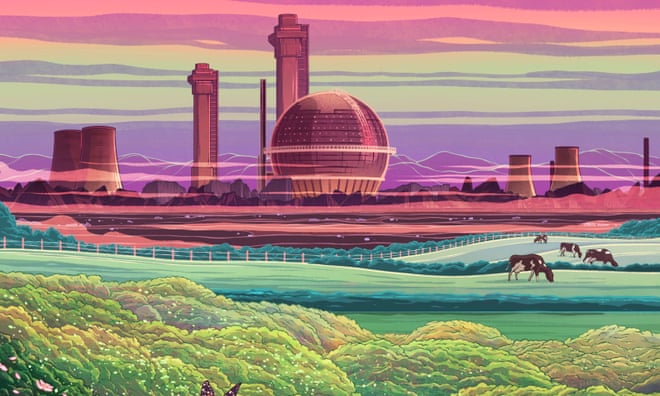 If you take the cosmic view of Sellafield, the superannuated nuclear facility in north-west England, its story began long before the Earth took shape. About 9bn years ago, tens of thousands of giant stars ran out of fuel, collapsed upon themselves, and then exploded. The sheer force of these supernova detonations mashed together the matter in the stars’ cores, turning lighter elements like iron into heavier ones like uranium. Flung out by such explosions, trillions of tonnes of uranium traversed the cold universe and wound up near our slowly materialising solar system.

And here, over roughly 20m years, the uranium and other bits of space dust and debris cohered to form our planet in such a way that the violent tectonics of the young Earth pushed the uranium not towards its hot core but up into the folds of its crust. Within reach, so to speak, of the humans who eventually came along circa 300,000BC, and who mined the uranium beginning in the 1500s, learned about its radioactivity in 1896 and started feeding it into their nuclear reactors 70-odd years ago, making electricity that could be relayed to their houses to run toasters and light up Christmas trees.

Sellafield compels this kind of gaze into the abyss of deep time because it is a place where multiple time spans – some fleeting, some cosmic – drift in and out of view. Laid out over six square kilometres, Sellafield is like a small town, with nearly a thousand buildings, its own roads and even a rail siding – all owned by the government, and requiring security clearance to visit. Sellafield’s presence, at the end of a road on the Cumbrian coast, is almost hallucinatory. One moment you’re passing cows drowsing in pastures, with the sea winking just beyond. Then, having driven through a high-security gate, you’re surrounded by towering chimneys, pipework, chugging cooling plants, everything dressed in steampunk. The sun bounces off metal everywhere. In some spots, the air shakes with the noise of machinery. It feels like the most manmade place in the world.

How Grant Wahl Changed the Place of Soccer in America

Grant Wahl, who died unexpectedly, in December, 2022, understood the way that politics and economics, power and culture intersect in the beautiful game.

When Grant Wahl was a sophomore at Princeton, in 1994, he received funding to spend a summer studying the culture of fútbol in Argentina. Wahl was from eastern Kansas; he’d never left the United States. He asked the coach of the Princeton soccer team, Bob Bradley, whom he’d met while reporting for the Daily Princetonian, where he might be able to practice his Spanish. Bradley suggested Boca Juniors, the legendary sports club in Buenos Aires, best known for its beloved fútbol team.

Wahl watched games standing in the terraces of Boca’s stadium, called La Bombonera, and was caught in the surge that swelled toward the fence every time Boca scored. He drank Quilmes beers with locals, including one of Boca’s most prominent and notorious fans, Quique Ocampo, who had a grocery and was known as the Butcher. Wahl travelled on a bus with Boca Juniors fans to Rosario for a weekend. He fell in love with the songs, with the old stadium in Buenos Aires, with the tidal movements of the crowds. And, of course, there was the beautiful game itself. 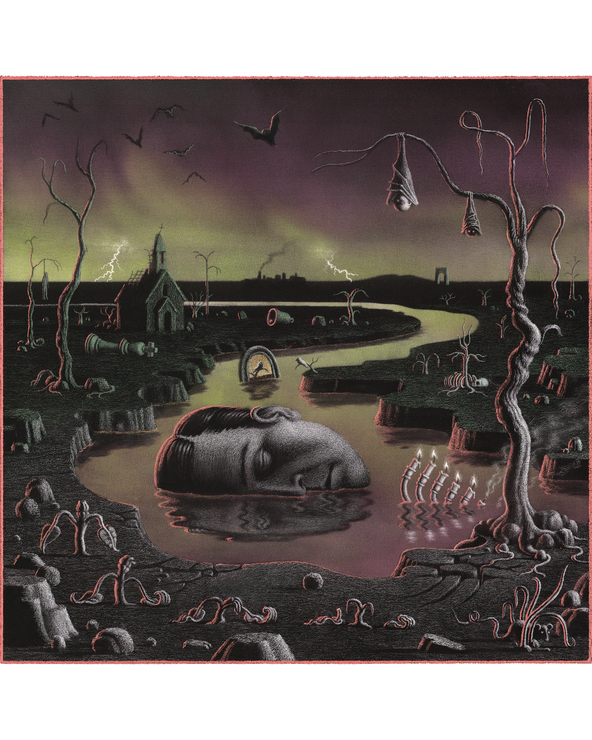 April is the cruellest month because we are stuck. We’ve stopped dead and we’re going rotten. We are living in the demesne of the crippled king, the Fisher King, where everything sickens and nothing adds up, where the imagination is in shreds, where dark fantasies enthrall us, where men and women are estranged from themselves and one another, and where the cyclical itch of springtime—the spasm in the earth; the sizzling bud; even the gentle, germinal rain—only reminds us how very, very far we are from being reborn.

Imagine, if you will, a poem that incorporates the death of Queen Elizabeth II, the blowing up of the Kerch Bridge, Grindr, ketamine, The Purge, Lana Del Rey, the next three COVID variants, and the feeling you get when you can’t remember your Hulu password. Imagine that this poem—which also mysteriously contains all of recorded literature—is written in a form so splintered, so jumpy, but so eerily holistic that it resembles either a new branch of particle physics or a new religion: a new account, at any rate, of the relationships that underpin reality.

Now imagine this poem making news, going viral, becoming the poem—hailed over here, reviled over there—such that everybody is obliged to react to it, and every poem yet unwritten is already, inevitably, altered by it. And now imagine that the author of this poem—the poet himself—is a haunted-looking commuter whom you half-recognize from the subway platform.

You’re getting close to The Waste Land.

When Ted Hughes met T. S. Eliot in the 1960s, he was deeply struck by the older man’s physical presence: the strength of his hands (“thick, long, massive fingers”) and the slowness and deliberateness with which he ate. When Eliot spoke, Hughes remembered later, “I had the impression of a slicing, advancing, undeflectible force of terrific mass.”

The World-Changing Race to Develop the Quantum Computer

On the outskirts of Santa Barbara, California, between the orchards and the ocean, sits an inconspicuous warehouse, its windows tinted brown and its exterior painted a dull gray. The facility has almost no signage, and its name doesn’t appear on Google Maps. A small label on the door reads “Google AI Quantum.” Inside, the computer is being reinvented from scratch.

In September, Hartmut Neven, the founder of the lab, gave me a tour. Neven, originally from Germany, is a bald fifty-seven-year-old who belongs to the modern cast of hybridized executive-mystics. He talked of our quantum future with a blend of scientific precision and psychedelic glee. He wore a leather jacket, a loose-fitting linen shirt festooned with buttons, a pair of jeans with zippered pockets on the legs, and Velcro sneakers that looked like moon boots. “As my team knows, I never miss a single Burning Man,” he told me.

In the middle of the warehouse floor, an apparatus the size and shape of a ballroom chandelier dangled from metal scaffolding. Bundles of cable snaked down from the top through a series of gold-plated disks to a processor below. The processor, named Sycamore, is a small, rectangular tile, studded with several dozen ports. Sycamore harnesses some of the weirdest properties of physics in order to perform mathematical operations that contravene all human intuition. Once it is connected, the entire unit is placed inside a cylindrical freezer and cooled for more than a day. The processor relies on superconductivity, meaning that, at ultracold temperatures, its resistance to electricity all but disappears. When the temperature surrounding the processor is colder than the deepest void of outer space, the computations can begin.

Classical computers speak in the language of bits, which take values of zero and one. Quantum computers, like the ones Google is building, use qubits, which can take a value of zero or one, and also a complex combination of zero and one at the same time. Qubits are thus exponentially more powerful than bits, able to perform calculations that normal bits can’t. But, because of this elemental change, everything must be redeveloped: the hardware, the software, the programming languages, and even programmers’ approach to problems.

On the day I visited, a technician—whom Google calls a “quantum mechanic”—was working on the computer with an array of small machine tools. Each qubit is controlled by a dedicated wire, which the technician, seated on a stool, attached by hand.

The quantum computer before us was the culmination of years of research and hundreds of millions of dollars in investment. It also barely functioned. Today’s quantum computers are “noisy,” meaning that they fail at almost everything they attempt. Nevertheless, the race to build them has attracted as dense a concentration of genius as any scientific problem on the planet. Intel, I.B.M., Microsoft, and Amazon are also building quantum computers. So is the Chinese government. The winner of the race will produce the successor to the silicon microchip, the device that enabled the information revolution.

A full-scale quantum computer could crack our current encryption protocols, essentially breaking the Internet. Most online communications, including financial transactions and popular text-messaging platforms, are protected by cryptographic keys that would take a conventional computer millions of years to decipher. A working quantum computer could presumably crack one in less than a day. That is only the beginning. A quantum computer could open new frontiers in mathematics, revolutionizing our idea of what it means to “compute.” Its processing power could spur the development of new industrial chemicals, addressing the problems of climate change and food scarcity. And it could reconcile the elegant theories of Albert Einstein with the unruly microverse of particle physics, enabling discoveries about space and time. “The impact of quantum computing is going to be more profound than any technology to date,” Jeremy O’Brien, the C.E.O. of the startup PsiQuantum, said recently. First, though, the engineers have to get it to work.