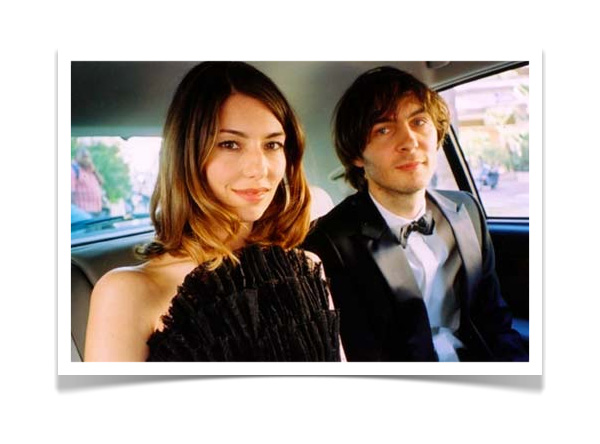 The rockstar and the Hollywood princess―a match made in heaven. Both effortlessly cool, so naturally suave, debonair―but in a cultured, à la mode way. Sofia Coppola―film director, actress, model, screenwriter and producer, and her beau, Thomas Mars, front man of the band Phoenix―are the quintessential mod couple.

Sofia, the daughter of famed director Francis Ford Coppola, had a creative upbringing and opportunities to pursue any career she so desired; she tried acting, appearing in many of her father’s films; modelling and designing also had their moment, but neither wholly satisfied her. With interests in so many creative fields, Sofia strived to find something that combined all of these passions . . . 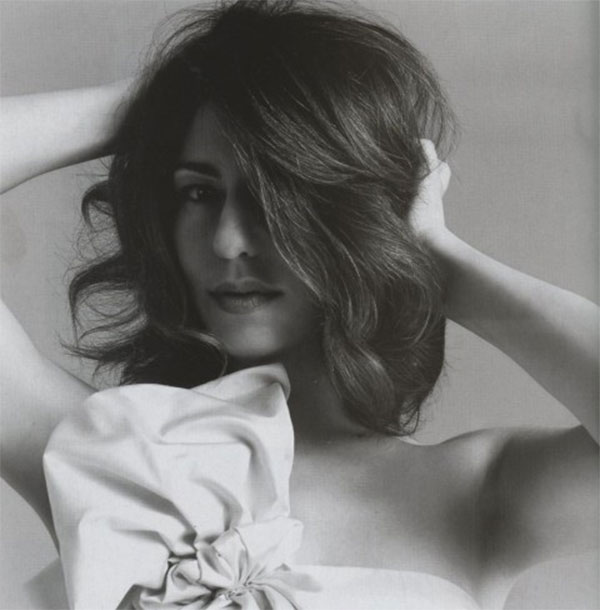 “I was going to art school and trying different things. I was interested in a lot of, mostly visual arts. I didn’t know what I wanted to do and then I made a short film and felt like it was a combination of all these interests of mine with design and photography and music. But it was really when I read the book The Virgin Suicides that made me wanna make a movie.” 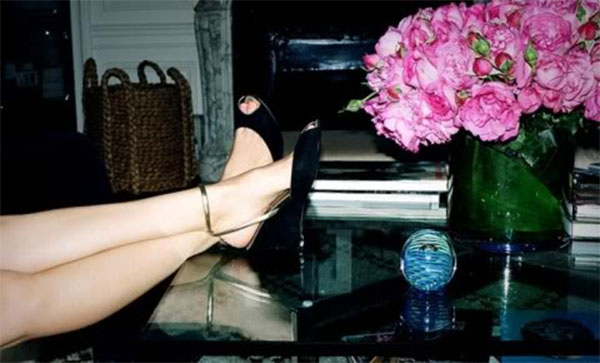 The Virgin Suicides was a wonderful success and lead to Sofia’s next movie, Lost in Translation, in 2003. It was during the making of this movie that Sofia met Thomas, as his band Phoenix performed songs for the soundtrack. 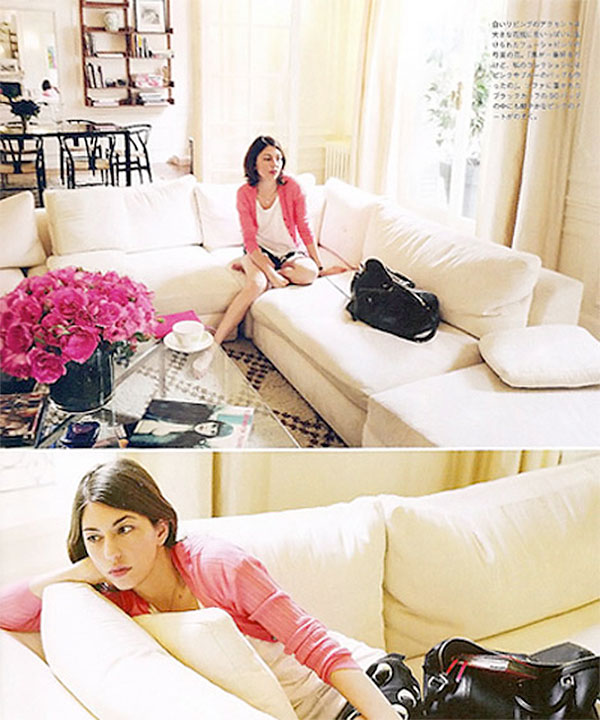 As two such creative beings, they were immediately drawn to one another; however a romance was not instant . . . 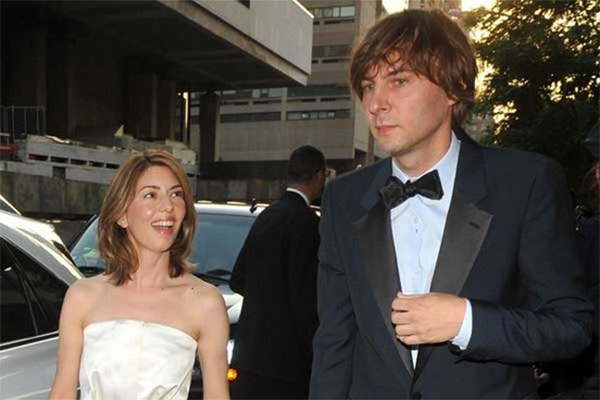 It was obvious there was a deep respect and attraction, as Sofia again asked Thomas and his band to not only perform songs for her next movie, Marie Antoinette, but also to appear in the film. During the 2005 filming and music collaboration, the two worked closely together and sparks began to fly. It was not long until an official press release stated the two were dating. 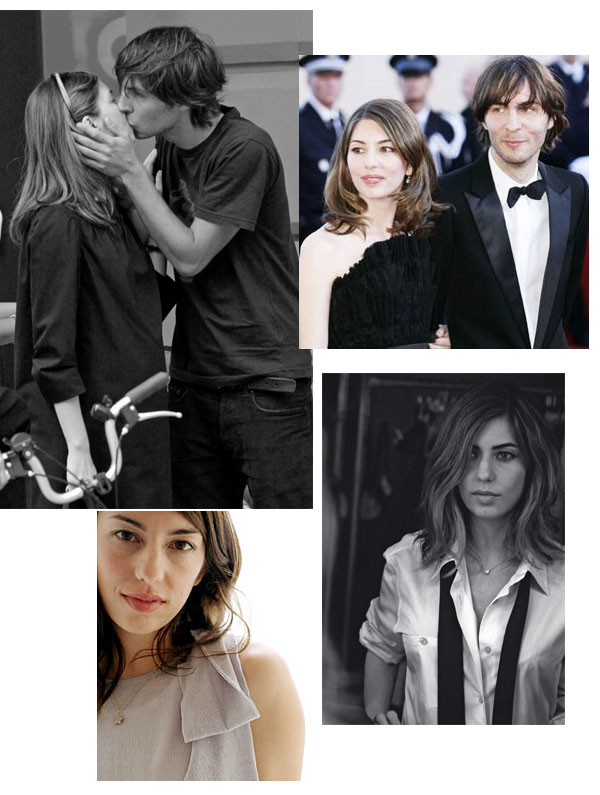 “I’m always a sucker for a love story.” —Sofia Coppola 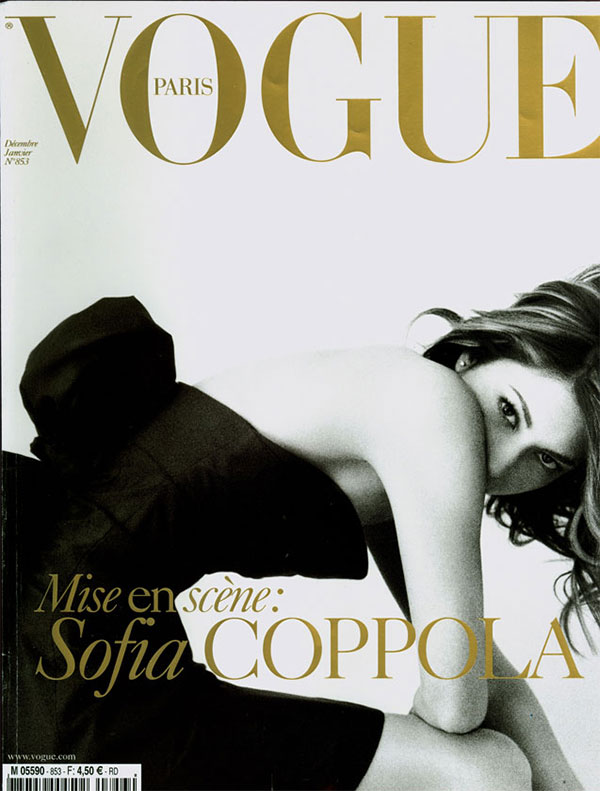 Sofia on the December 2000 cover of Vogue Paris, shot by Craig McDean & styled by Carine Roitfield 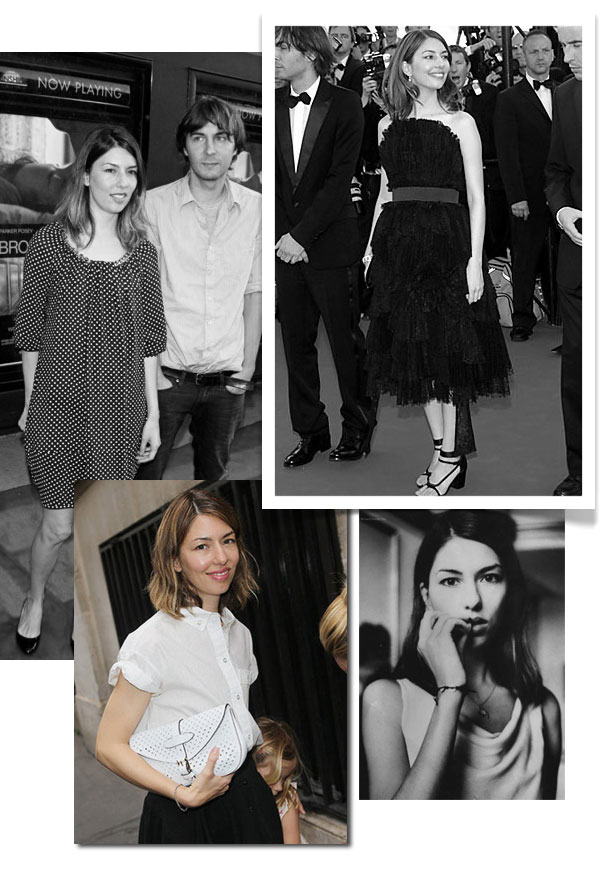 By 2006, the hopelessly in love couple had their first daughter — Romy. Blissfully happy pictures of their family littered tabloids, but the suave couple refused to cave to pressure and rumours of marriage and continued to live their idyllically vogue lifestyle. 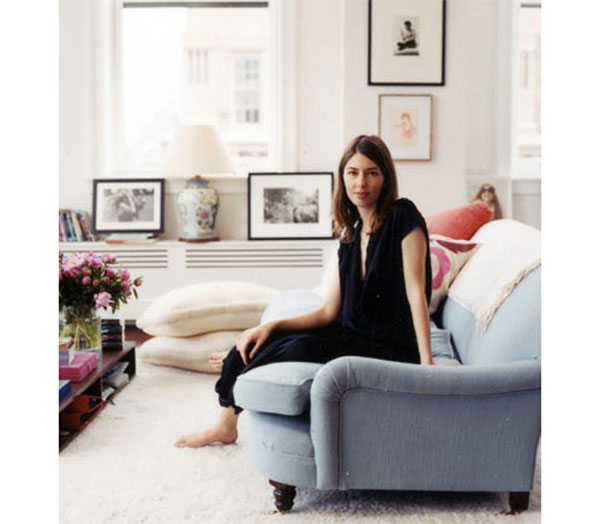 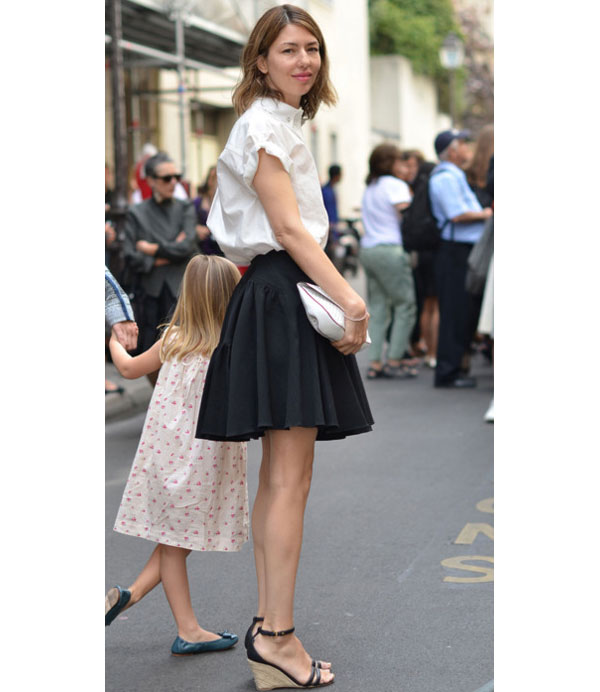 One can imagine them attending the coolest gallery openings and hosting dinner parties for their equally stylish friends, discussing music and French literature and potential novels suitable for Sofia’s next film. 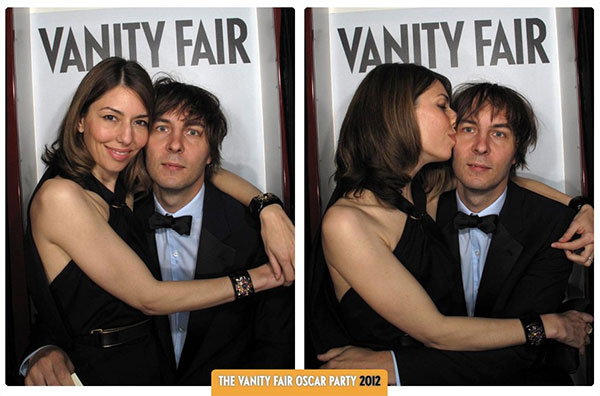 As Thomas was born and raised in Versailles, the couple settled in France and had a second daughter, Cosima, in 2010. 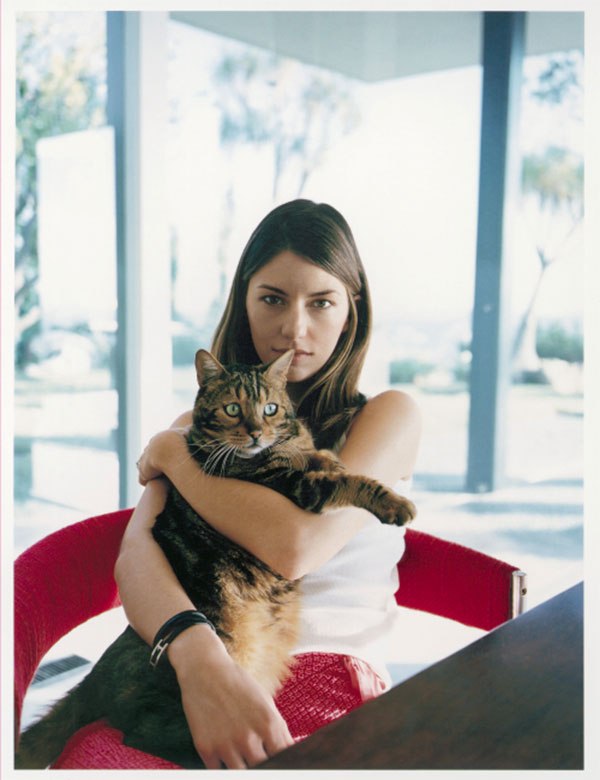 Finally, in August 2011, Sofia & Thomas wed in a delightfully intimate ceremony in the garden of the Palazzo Margherita, in the town of Bernalda in Italy. The town has innate historic and sentimental significance to Sofia as her great-grandparents and grandparents were born and raised there, and her father had spent much time renovating and restoring significant buildings and areas of the town. 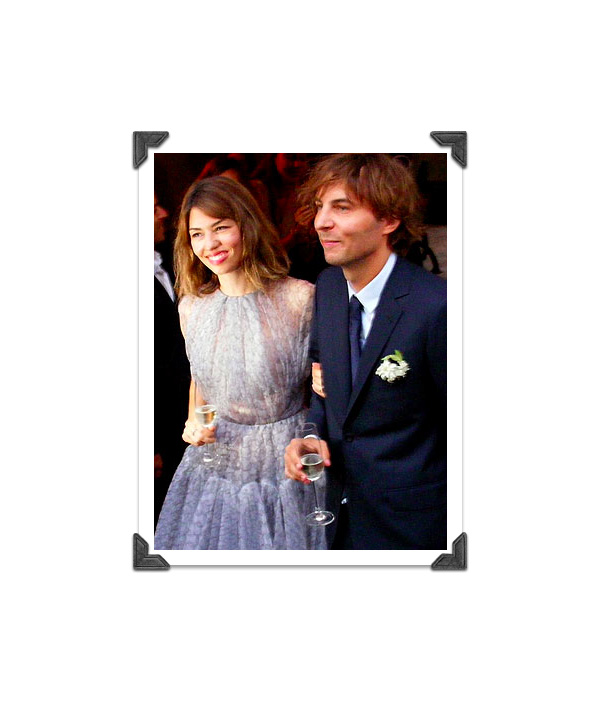 The romantic and personal ceremony saw Sofia wearing a custom, lavender Azzedine Alaïa gown, and the groom in a ‘casual dark suit’. Laid back and cool, very much like the stars of the evening, guests drank the Coppola family wine and dined on local delicacies from the Basilicata region and finished with a wedding cake by Magna Grecia, “white with crème Chantilly decorated with flowers and polka dots”. The ceremony was officiated by Bernalda’s Mayor, Leonardo Chiruzzi. 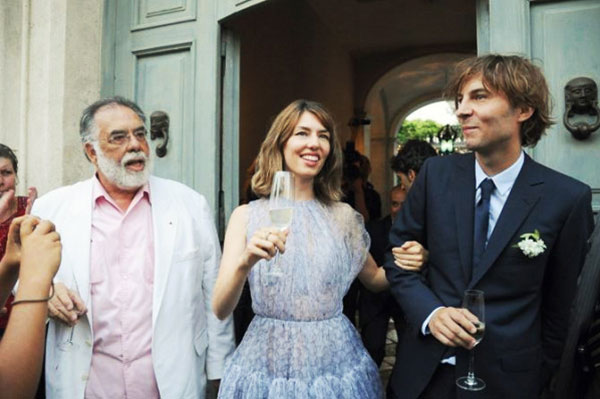 “Everything went well. It was simple, calm, in the garden.” —Mayor Leonardo Chiruzzi 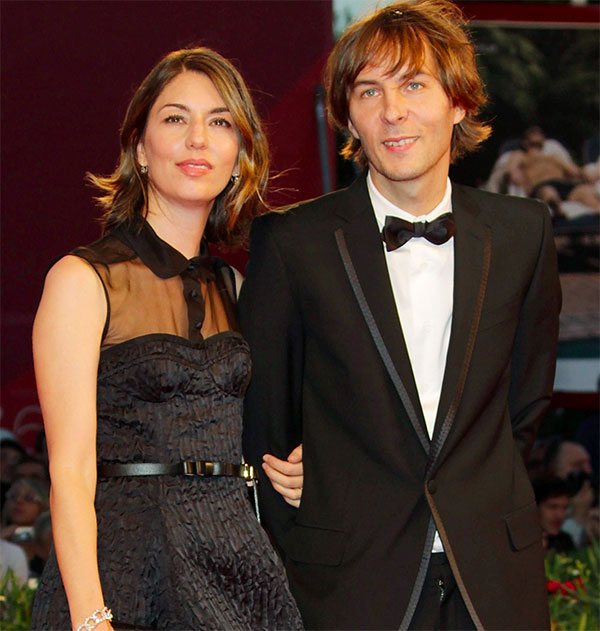 Just over a year on from their much talked about [and admired] wedding, we remain in awe of this au courant couple and their decision to live life by their own rules — not conforming to pressure or expectations. 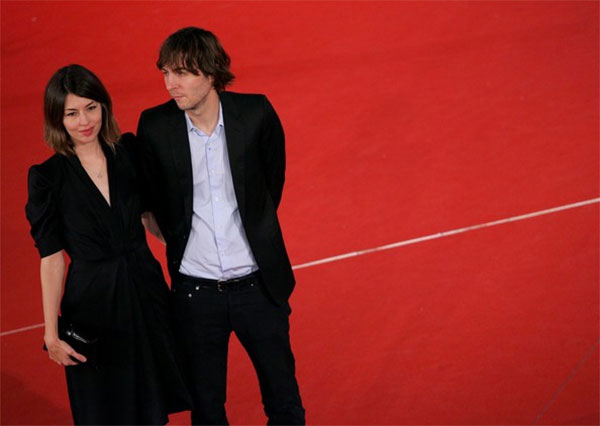 Carrying on with their effortlessly cool lifestyle and inspiring romantics the world over to live their passions, love their own way and let their creativity guide them each and every day. 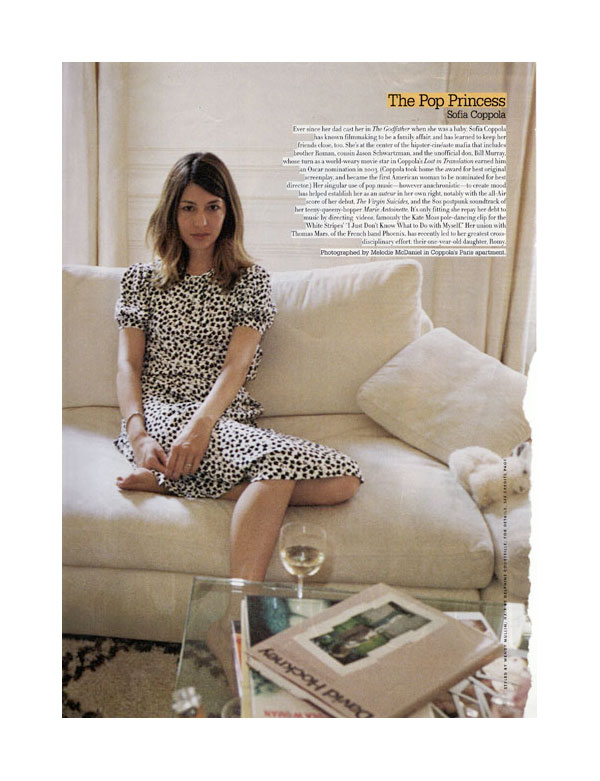 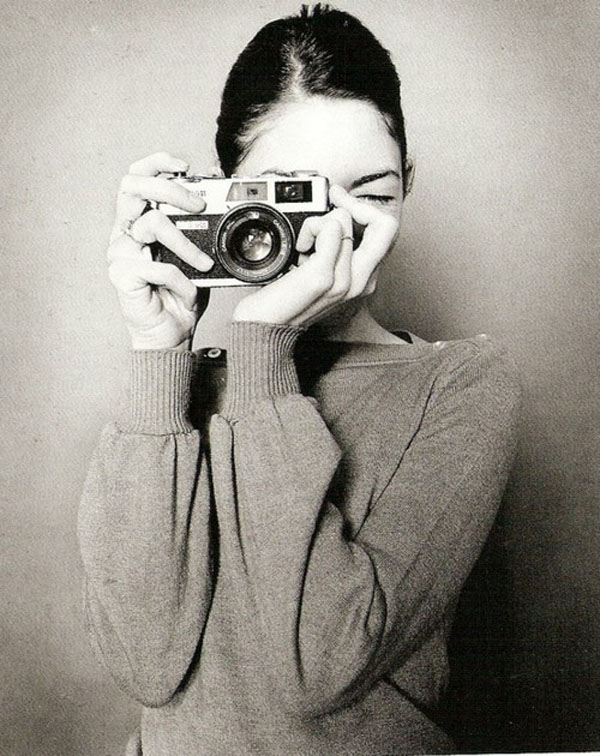