How the Oscars Got Groovy

On April 14, 1969, Gregory Peck strode across a deserted hall of Los Angeles’s Dorothy Chandler Pavilion like a weary cowboy crossing a prairie. He had become the president of the Academy of Motion Picture Arts and Sciences two years earlier, and his job was to introduce the Forty-first Academy Awards. On camera, Peck descended a mirrored staircase in the atrium, looked around, with his thick eyebrows furrowed, and announced in his deep voice, “It’s kind of lonesome out here. The audience is already on the inside.”

The most nominated films that year were the splashy studio musicals “Oliver!” and “Funny Girl,” whose twenty-six-year-old star, Barbra Streisand, showed up to the ceremony in a see-through pants suit. In an effort to make the Oscar broadcast less lugubrious, Peck had hired the stage director Gower Champion. In place of Bob Hope, hosting duties were shared by “Oscar’s best friends,” among them Ingrid Bergman, Sidney Poitier, Burt Lancaster, and, for the youth market, Jane Fonda, her short hair waved for her role in “They Shoot Horses, Don’t They?”

You Don’t Know How Bad the Pizza Box Is 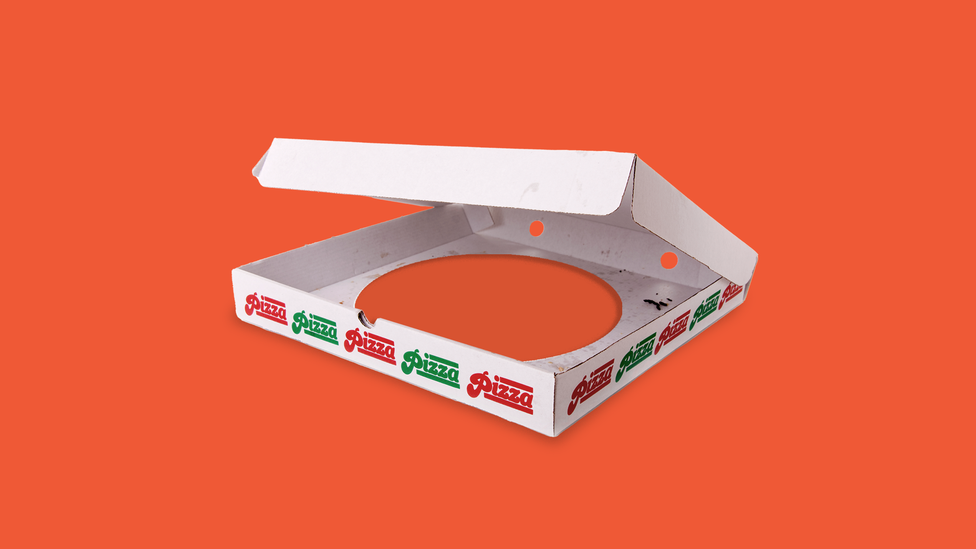 Happiness, people will have you think, does not come from possessing things. It comes from love. Self-acceptance. Career satisfaction. Whatever. But here’s what everyone has failed to consider: the Ooni Koda 12-inch gas-powered outdoor pizza oven.

Since I purchased mine a year ago, my at-home pizza game has hit levels that are inching toward pizzaiolo perfection. Like Da Vinci in front of a blank canvas, I now churn out perfectly burnished pies entirely from scratch—dough, sauce, caramelized onions, and all. By merely looking at a pie, I can tell you whether the cornicione is too puffy or just right, if the crust could use a bit more leoparding, and whether the dough should have spent another day in the fridge. I am now, in a word, pizza-pilled.

But enlightenment is not without its consequences. The pies from my usual takeout spot just don’t seem to taste the same anymore. They’re still fine in that takeout-pizza way, but a certain je ne sais quoi is gone: For the first time, after opening up a pizza box and bringing a slice to my mouth, I am hyperaware of a limp sogginess to each bite, a rubbery grossness to the cheese. The cardinal rule of restaurants is that to-go food is never as good as the real deal, but even when my homemade pizzas sit around for too long, they don’t taste anywhere near that off.

Pizza delivery, it turns out, is based on a fundamental lie. The most iconic delivery food of all time is bad at surviving delivery, and the pizza box is to blame. “I don’t like putting any pizza in a box,” Andrew Bellucci, a legendary New York City pizza maker of Andrew Bellucci’s Pizzeria, told me. “That’s just it, really. The pizza degrades as soon as it goes inside,” turning into a swampy mess. 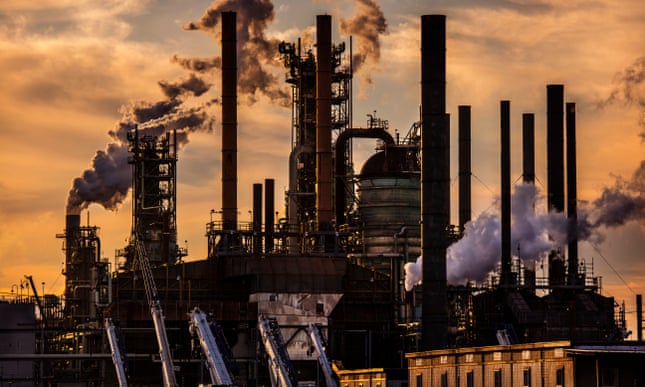 The oil giant Exxon privately “predicted global warming correctly and skilfully” only to then spend decades publicly rubbishing such science in order to protect its core business, new research has found.

A trove of internal documents and research papers has previously established that Exxon knew of the dangers of global heating from at least the 1970s, with other oil industry bodies knowing of the risk even earlier, from around the 1950s. They forcefully and successfully mobilized against the science to stymie any action to reduce fossil fuel use.

A new study, however, has made clear that Exxon’s scientists were uncannily accurate in their projections from the 1970s onwards, predicting an upward curve of global temperatures and carbon dioxide emissions that is close to matching what actually occurred as the world heated up at a pace not seen in millions of years.

Exxon scientists predicted there would be global heating of about 0.2C a decade due to the emissions of planet-heating gases from the burning of oil, coal and other fossil fuels. The new analysis, published in Science, finds that Exxon’s science was highly adept and the “projections were also consistent with, and at least as skillful as, those of independent academic and government models”.

How Much Netflix Can the World Absorb?

Bela Bajaria, Netflix’s global head of television, follows a similar routine whether she’s visiting Mumbai or Berlin or Seoul or Stockholm or any of the company’s twenty-six foreign outposts. A black car brings her from the airport to a luxury hotel, perhaps the Four Seasons. She checks in and furiously answers e-mails from Los Angeles until it’s time for a breakfast or a dinner or a midday meal with executives and creators. She wears her favorite “travel blazer,” a designer jacket bejewelled on the breast pocket with the words “Art is truth.” And, though she often stays “in country” for only a day or two at a time, she likes to schedule a “slate meeting” so that the local development team can fill her in on upcoming programs. On an afternoon not long ago, she was kicking off one such meeting at the company’s Latin American headquarters, inside one of the tallest skyscrapers in Mexico City.

“Next time, I’ll get to stay for a week, so I won’t have to eat twenty-four tacos in twenty-four hours, like last time,” she said to the room of assembled staff members.

Bajaria told me that the ideal Netflix show is what one of her V.P.s, Jinny Howe, calls a “gourmet cheeseburger,” offering something “premium and commercial at the same time.” She praised the Latin American group for its recent track record of making slick telenovelas that draw large audiences outside Spanish-speaking regions.

“It’s been a lot of learning for other countries to do the type of very commercial things that this team did early on,” she said. A onetime winner of the Miss India Universe beauty pageant, Bajaria has glossy black hair that she often pulls into a high ponytail. Her voice, which she joked is classic “L.A. Valley Girl,” contributes to the impression that she’s younger than her fifty-two years. Although she is ceaselessly on the road for work, she says that she never experiences jet lag, a claim corroborated by her invariably peppy demeanor. “Is there anything you still think we need to do in terms of making a bigger bet, or a fresh swing?” she asked.

In the mid-Nineties, I spent about eighteen months working as an editor for the British edition of a new magazine called Wired, which had been founded in San Francisco as a sort of house journal of the exploding Bay Area tech world. London at the time was fairly sure of itself culturally; this was a moment when you could affix “Brit” to things—BritArt and BritPop—and they would sound cool. But we didn’t have much in the way of BritCyberculture, which was what Wired was selling: a freewheeling future in which old problems like state repression and economic scarcity would be swept away by the internet.

Early in my tenure, I was sent to San Francisco for what was called, only half-jokingly, “an injection of Wired DNA.” I lounged in hot tubs, played frame drums on the beach, ingested strong psychedelics, went to parties, and met the kind of people Wired editors liked to refer to as “digerati”—people such as Stewart Brand, who had started the Whole Earth Catalog. Working at Wired felt like being part of a cult. There were the people who got it, who understood that we were about to be raptured by the internet, and there were Luddites, who would be left behind in the ruins of the old world. In the San Francisco office, staffers went barefoot, the accounting department had a butoh troupe, and—what impressed me most—in the kitchen was a fridge full of Odwalla juices.

I bought into some of this. I had indisputably stumbled into the middle of a momentous technological and social shift, and it was fun to feel part of this late flowering of West Coast counterculture. As a writer in my mid-twenties, I was interviewing philosophers and government officials, touring Scandinavian chip fabrication plants, and trying out VR gear—yet I was also aware that my idea of a “digital revolution” wasn’t the one espoused by the magazine’s senior staff. While at Wired, I was also part of an editorial team producing an underground publication called Mute. Our slogan was “proud to be flesh,” and our contributors included artists, designers, programmers, theorists, and activists. It was grubbier, more European, and much more skeptical about the social impact of the internet. Information may have wanted to be free, we thought, but so did people. Our feral ethos was best demonstrated by the production process. A deal had been struck with the printer that produced the Financial Times. They would use our publication to do test runs on rolls of the FT’s distinctive pink paper, for which we got a cheap rate. The resulting resemblance made for good times on the Tube, as the banker reading over your shoulder, expecting something about interest rates, found himself confronted with headlines like angel, virus: cyberspace breakdown(s) or (my personal favorite) alt.zombie.golf.the.earth.

Read the rest of this article at: Harper’s Magazine