Your stuff is actually worse now

My beloved 10-year-old black bra finally broke last Christmas. The elastic had some slack and it’d been fraying for a while, but its death sentence came when the underwire popped out the side. While it wasn’t particularly special — just a normal T-shirt bra — it was comfortable and had clearly lasted a long time. So, I did what any sensible person who is afraid of change would do: bought the exact same thing, from the same brand, again.

I eagerly waited for my shipment of my new bras (in two trendy colorways!) to come in. When they arrived, I noticed that there were a few key differences: there was a new fourth clasp, the band was tighter, and the material was a whole lot softer. Certainly, these were improvements, I thought.

Read the rest of this article at: Vox

Somewhere near the center of Nevada, on the western slope of the Toiyabe Range, there’s a little meadow beside a creek running down from the mountains. In 2019, long before I had ever been there, a man named James Fredette drove his mobile home down the gravel road from the highway and went fishing. It was a lucky day: He caught three big rainbow trout. Then, as the light turned golden and began to fade from the canyon while Fredette packed up his gear, he thought, why not, and walked back down to the creek to try his luck panning for gold. He turned up a few nuggets, right there. Yes, it was a very lucky day.

Fredette had been living in his run-down motorhome for months, trying to fix what he could of the slowly failing vehicle, while saving up to buy parts with his Social Security check. Maybe these nuggets of gold got him thinking. What if there really was a long-lost main vein somewhere around here? A motherlode that the gold rush decades had missed? He could live a lot larger than now, that’s for sure, and finally have the money to fix his motorhome’s engine. Maybe he could even ditch it, buy a house, and get off the road altogether.

If I could just find that vein, he thought, as the last ray of light disappeared behind the mountains.

Instead, the next morning Fredette would drive west. He’d stop at Subway and Taco Bell. He’d do some laundry at a nice laundromat in Winnemucca with a friendly attendant. And then he’d hop back into his motorhome and keep driving.

Stay away from my gold, Fredette thought as he set off to his next destination. “I’m going back to get rich this time,” he wrote.

At least, according to Fredette’s Google reviews of a creekside campground and other stops on his journey, that’s what I imagine had happened. 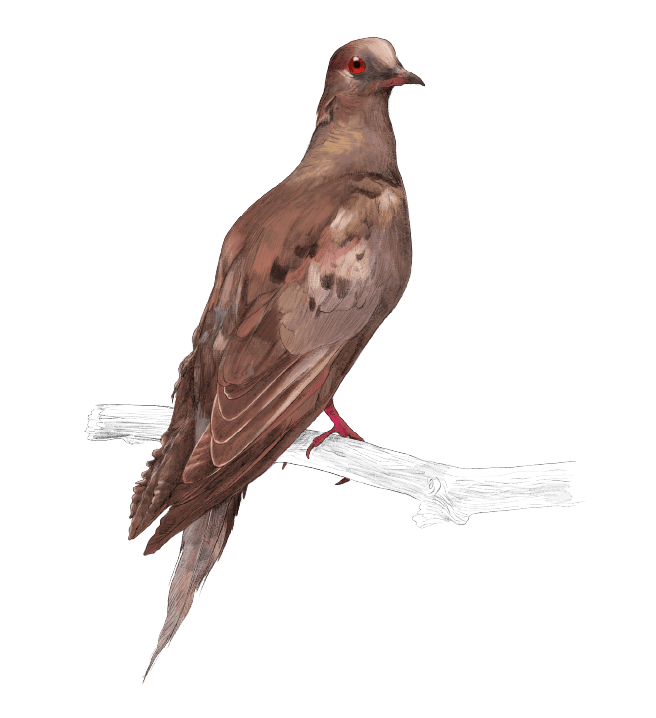 Nature is in crisis, and it’s only getting worse. As species vanish at a rate not seen in 10 million years, more than 1 million species are currently on the brink.

Humans are driving this extinction crisis through activities that take over animal habitats, pollute nature and fuel global warming. A new global deal to protect nature agreed on Dec. 19 has the potential to help, and scientists are urging the world’s nations to ensure the deal is a success.

When an animal species is lost, a whole set of characteristics disappears along with it – genes, behaviors, activities and interactions with other plants and animals that may have taken thousands or millions – even billions – of years to evolve.

Whatever role that species played within an ecosystem is lost too, whether that’s pollinating certain plants, churning nutrients in soil, fertilizing forests or keeping other animal populations in check, among other things. If that function was crucial to the health of an ecosystem, the animals’ disappearance can cause a landscape to transform.

This is the case with “foundation species” that play a key part in structuring communities, such as corals, or “keystone species” like beavers that have a big impact on their environments, relative to their numbers.

Lose too many species and the results could be catastrophic, leading an entire system to collapse.

Read the rest of this article at: Reuters

Many early ChatGPT users had raised the alarm that the app, which went viral in the days after its launch in December, could code malicious software capable of spying on users’ keyboard strokes or create ransomware.

Underground criminal forums have finally caught on, according to a report from Israeli security company Check Point. In one forum post reviewed by Check Point, a hacker who’d previously shared Android malware showcased code written by ChatGPT that stole files of interest, compressed them and sent them across the web. They showed off another tool that installed a backdoor on a computer and could upload further malware to an infected PC.

In the same forum, another user shared Python code that could encrypt files, saying OpenAI’s app helped them build it. They claimed it was the first script they’d ever developed. As Check Point noted in its report, such code can be used for entirely benign purposes, but it could also “easily be modified to encrypt someone’s machine completely without any user interaction,” similar to the way in which ransomware works. The same forum user had previously sold access to hacked company servers and stolen data, Check Point noted.

One user also discussed “abusing” ChatGPT by having it help code up features of a dark web marketplace, akin to drug bazaars like Silk Road or Alphabay. As an example, the user showed how the chat bot could quickly build an app that monitored cryptocurrency prices for a theoretical payment system.

OpenAI hadn’t responded to a request for comment at the time of publication.

While the ChatGPT-coded tools looked “pretty basic,” Check Point said it was only a matter of time until more “sophisticated” hackers found a way of turning the AI to their advantage. Rik Ferguson, vice president of security intelligence at American cybersecurity company Forescout, said it didn’t appear that ChatGPT was yet capable of coding something as complex as the major ransomware strains that have been see in significant hacking incidents in recent years, such as Conti, infamous for its use in the breach of Ireland’s national health system. OpenAI’s tool will, however, lower the barrier of entry for novices to enter that illicit market by building more basic, but similarly effective malware, Ferguson added.

Read the rest of this article at: Forbes 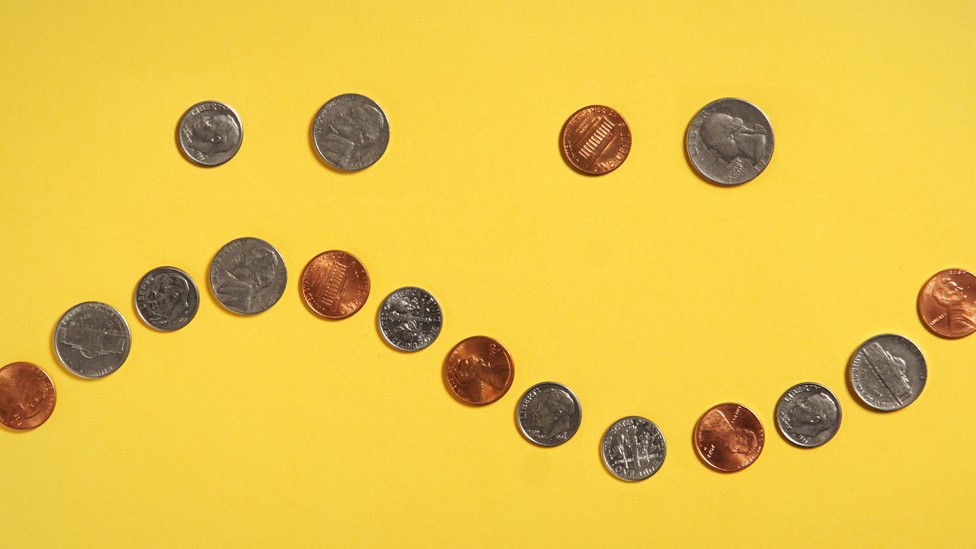 Last month, I was kind of a pain at my grocery store’s deli counter. I didn’t mean to be, but my cold-cut order was more complicated than I’d imagined. The employee had to dig around in the back to find more pepper-crusted turkey breast for me. But the service was genuinely excellent. They came back smiling and weighed it perfectly on the first try. As they handed me my payload of wrapped sandwich meat, I felt a nagging awkwardness: I wanted to tip but had no option to do so. I haltingly asked if there was a jar to drop some cash into, and they politely thanked me but said they couldn’t accept gratuity.

Walking around the store, I couldn’t shake a feeling of discomfort. Why? I’d never previously felt compelled to tip at the deli counter, even when service was great. Gradually, I realized that my tipping expectations have shifted in recent years. I’m often less sure when and where and how much to tip for certain services—because it’s suddenly very normal to be asked for a tip everywhere, for a new range of goods and services. Point-of-sale machines from the likes of Toast, Square, and Clover are a convenient, flexible alternative-payment method for small and pop-up businesses. And they’ve created an inescapable tipping culture centered on quick button taps rather than loose change. Late last year, even Starbucks got on board and introduced touch-screen credit-card tipping in many of its 15,000-plus stores across the country.

For years, I’ve happily subscribed to the practice of throwing down at least 20 percent almost anytime the little iPad spins my direction. Like everyone else, I’ve been confronted with some overreach. I’ve been prompted to tip north of 50 percent for a T-shirt at a concert-merch tent; recently, a self-checkout kiosk at an airport asked me if I wanted to tip 25 percent for a coconut water, even though I hadn’t interacted with anyone. The screen beckons at the coffee shop, no matter whether your order was for a bottle of water or a six-step mocha. Years ago, I embarrassed myself by clumsily typing in $200 when I meant to tip $2 for a cold brew, prompting an awkward voiding of the sale.

The new tipping culture is confusing at best. I’ve found that some employees feel as uncomfortable about the point-of-sale moment as many consumers do. One barista in Colorado told me that he’d watched a customer contort his fingers on the tablet to make it look like he was tipping 20 percent when he was really selecting “No tip”; far from being offended, the barista said he now deploys the tactic when checking out elsewhere. Other service workers I spoke with suggested that the tablets aren’t the real problem here: If you can afford a $7 latte, they argued, why are you bristling at a $1 tip that would help your server?

And a long-running theory that technology has made people into better tippers may also be more complicated than it appears. A bartender at a Delta SkyClub in Seattle told me that incorporating a personal Venmo QR code into his work has drastically improved his tips. A Park and Ride–shuttle driver told me that digital tipping has hurt him, because people now tend not to carry cash. Square sent me data showing that tips received by both full-service and quick-serve restaurants exploded from 2020 to 2021; growth continued in 2022, but more modestly—full-service was up by more than 25 percent in the third quarter of 2022, and quick-service restaurants were up nearly 17 percent. Despite complaints, people are still tipping well and often.