So You Want to Be a TikTok Star

In December, 2020, after spending nine months of the pandemic at home with her family, Katherine Li began posting her music on TikTok. “There was nothing else for me to do,” Li, who is a nineteen-year-old sophomore at the University of Toronto, told me when I visited her in Oakville, a leafy Toronto suburb, where she had holed up during the lockdown with her father, Chengwu, her mother, Xiaohong (who goes by Maggie), and her brother, Vincent, who is five years younger. She also has a sister, Alice, her elder by nine years.

“I was always in my room,” Li went on. “With the keyboard, writing snippets of songs. I thought, What am I going to do with these? Oh, I’ll put them up on TikTok!”

Like many Gen Z kids, Li grew up steeped in social media (she started using Instagram in third grade) and in music, much of it transmitted visually. When Maggie Li was pursuing her master’s degree in economics at the University of Ottawa, Katherine was born, in 2003, and Maggie would put the crib in front of the TV with music videos or music-oriented programming playing while she studied. As a tween, Katherine became obsessed with Nickelodeon’s “Victorious,” a sitcom about a teen musical artist, played by Victoria Justice; Ariana Grande was among the cast members.

The College Essay Is Dead 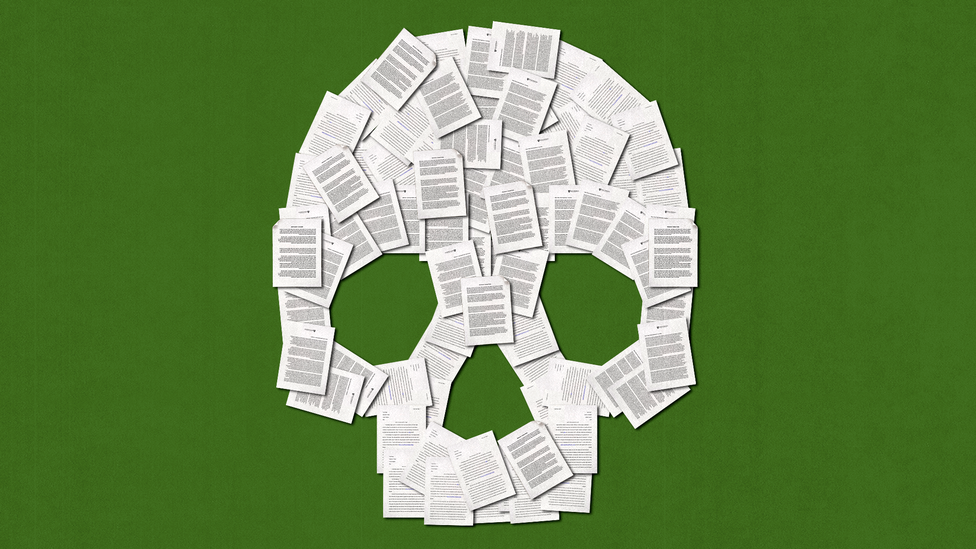 Suppose you are a professor of pedagogy, and you assign an essay on learning styles. A student hands in an essay with the following opening paragraph:

Pass or fail? A- or B+? And how would your grade change if you knew a human student hadn’t written it at all? Because Mike Sharples, a professor in the U.K., used GPT-3, a large language model from OpenAI that automatically generates text from a prompt, to write it. (The whole essay, which Sharples considered graduate-level, is available, complete with references, here.) Personally, I lean toward a B+. The passage reads like filler, but so do most student essays.

Sharples’s intent was to urge educators to “rethink teaching and assessment” in light of the technology, which he said “could become a gift for student cheats, or a powerful teaching assistant, or a tool for creativity.” Essay generation is neither theoretical nor futuristic at this point. In May, a student in New Zealand confessed to using AI to write their papers, justifying it as a tool like Grammarly or spell-check: ​​“I have the knowledge, I have the lived experience, I’m a good student, I go to all the tutorials and I go to all the lectures and I read everything we have to read but I kind of felt I was being penalised because I don’t write eloquently and I didn’t feel that was right,” they told a student paper in Christchurch. They don’t feel like they’re cheating, because the student guidelines at their university state only that you’re not allowed to get somebody else to do your work for you. GPT-3 isn’t “somebody else”—it’s a program.

Read the rest of this article at: Atlantic

In any given year, the exercise of assembling a definitive list of the best places to travel is both exciting and daunting. After all, we’re never short on inspiring places and experiences we hope to cross off. And so, every fall, when we convene to start the process of creating this list, we do so with great care, enlisting our extensively traveled network of writers from around the world—and for the first time this year, editors from other Condé Nast Traveler markets—to pitch, endorse, defend, and eventually align on the places we believe that you, as our readers, will most want to travel to over the next 12 months.

Our 23 best places to travel in 2023 is a mix of old favorites worth visiting anew, and lesser-trammeled, even once-forbidden, regions ready to welcome travelers—yet they are all unified by highly anticipated new offerings and evolutions. There’s something here for every kind of traveler, whether you seek extraordinary excursions through ancient rainforests, a blossoming terroir-driven culinary scene, or dazzling cultural calendars packed with world-class music and rare art exhibits. We also believe that there’s more that binds than separates these places: an opportunity for richer engagement with local communities, slower travel, and more meaningful—and joyful—human connection. What could better speak to what we hope for in the year ahead?

Here are the 23 destinations—vetted by Condé Nast Traveler editors from the U.S. U.K., Spain, and India—to plan your 2023 travels around. Let them guide your next adventure. —Arati Menon and Megan Spurrell

Read the rest of this article at: Conde Nast Traveler

How Argentina Came to Love Lionel Messi at the World Cup

I have to confess, not without shame, that I slept through the first game Argentina played in this year’s World Cup, in Qatar. When I woke up on Tuesday, at 6:30 A.M., I found my husband and my son in front of the TV, staring at the screen in a weird silence. The impossible had happened: Argentina, the country we are from, was losing to Saudi Arabia. The final score in what the Times called “one of the biggest upsets in World Cup history” was 2–1. I drove a bereaved eleven-year-old to school that morning. When I asked if he was O.K., as I dropped him off, he replied that he would be if we won the following games. I knew that everyone in Argentina was feeling the same pain, and an image of every town in the country drowning in sadness followed me through the day.

Four days later, in a match against Mexico, when Lionel Messi, playing for Argentina, scored the first goal, in the sixty-fourth minute of the game, my husband and son cheered jubilantly. On the screen, Messi ran toward stands draped in blue and white, the colors of the Argentinean flag, his arms stretched open, his face pure joy. His teammates mobbed him, while the fans burst into screams and tears. Argentina went on to win 2–0, escaping elimination. What else is winning in soccer? Winning is to be loved.

Messi, arguably the best soccer player in the world, won thirty-five major titles for Barcelona, the club for which he played most of his professional career, before joining Paris Saint-Germain last year, and won the Ballon d’Or, the international award given to the best soccer player of the year, more times than any other player. But he has never won a World Cup for Argentina; he is now thirty-five, so Qatar is his fifth, and likely his last, chance to do so. In the past, many Argentines accused Messi of not trying hard enough because he didn’t care enough about his country of birth. A new NPR/Futuro Media podcast, “The Last Cup,” from the Argentine American journalist Jasmine Garsd, counter-argues that winning for Argentina has been Messi’s dream maybe since he left for Europe, in 2001; that Messi, like so many migrants, wants to return home as the prodigal son.

The child of working-class parents from Rosario, the third-largest city in Argentina, Messi became a soccer sensation at a very early age. Salvador Ricardo Aparicio, the neighborhood-club coach, remembered the now mythic moment, during a game on a dirt field in Rosario, when a ball landed at the feet of a four-year-old Messi. Tiny and shy, he didn’t know what to do with it, so he let it pass. When a second ball came his way, he looked at it and suddenly started running, pushing it forward at full speed, passing every opponent.

Nicolas Cage and John Carpenter are Cinema’s Most Studious Eccentrics 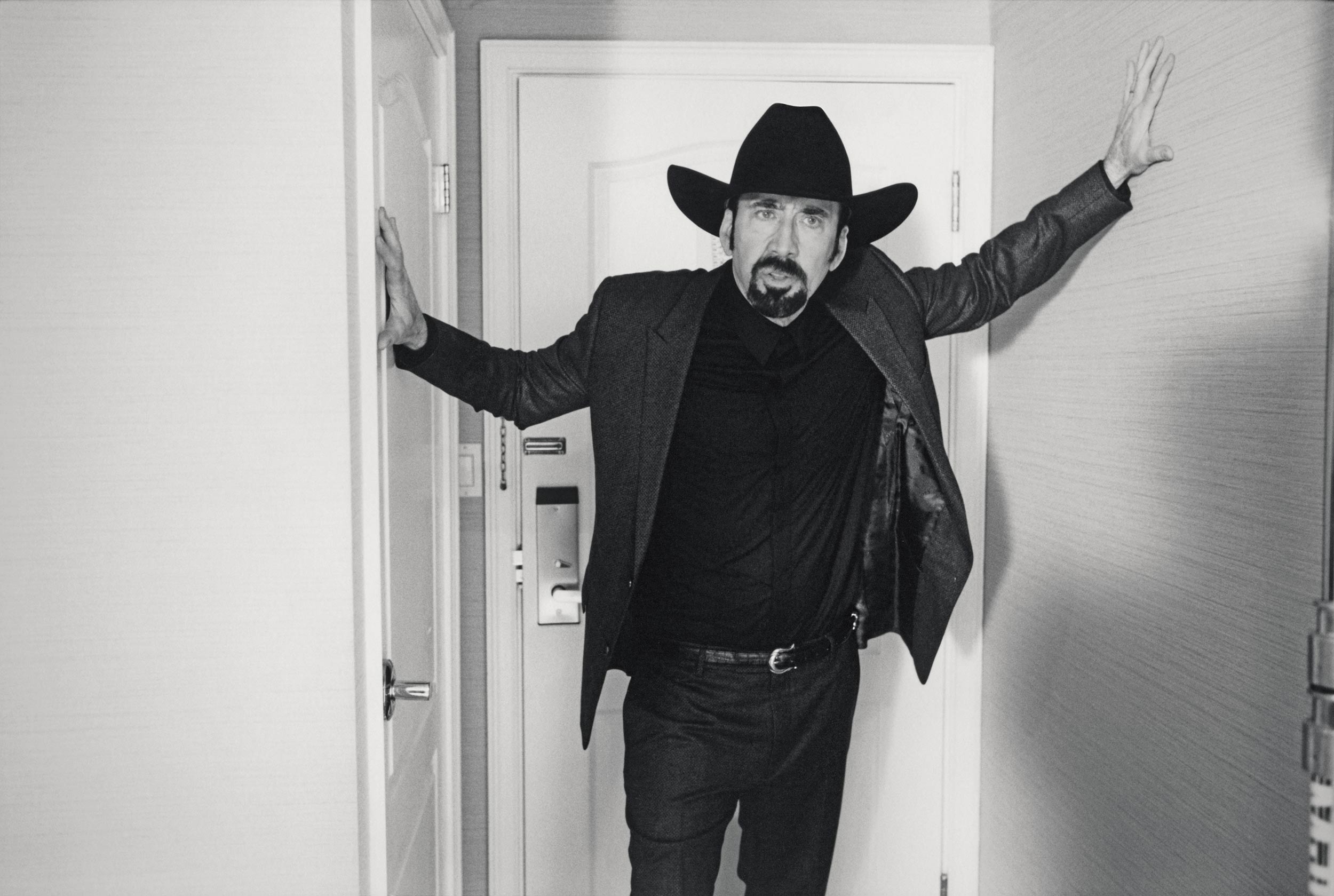 “He’s probably the only actor who has a perfect film career,” Nicolas Cage says of his hero James Dean, “because he only made three movies. You stay in the game long enough, you have your ups and downs.” Cage has repeatedly cited Dean’s lead performance in East of Eden—which he saw for the first time at age 15—as the impetus behind his own film career. He is famously effusive about his influences, recalling the times he broke down while watching the actor—“I was crying, James Dean was crying”—with the exothermic blend of virility and vulnerability he brings to his performances. Cage had spent the weekend watching YouTube videos of lectures by neuroendocrinology researcher Robert Sapolsky, author of Behave and The Trouble With Testosterone, in preparation for his role as a professor of evolutionary biology in director Kristoffer Borgli’s upcoming film Dream Scenario. “My character is very beta,” he says. “I have my beta moments, too. But he’s very beta. He’s more of a flight guy than a fight guy.” Out of all the roles he’s played, he says this character is least like the real Nicolas Cage. (The most was the alcoholic ex-con in Joe.)

On the face of things, the sprawling, laborious trajectory of Cage’s acting career is the polar opposite of Dean’s brightly, briefly burning flame—the former having made so many films over the past four decades that there are multiple podcasts where fans attempt the daunting feat of simply watching everything he has starred in. In other ways, Cage is a perfect continuation of Dean’s legacy. He might even be America’s last Movie Star—a nouveau-shamanic rebel without a cause for the era of STARZ on Hulu. Cage has deliberately made it his quest to be eclectic, quietly launching his career with a small part in Fast Times at Ridgemont High before taking it on a risky trajectory that has, in many ways, paralleled the evolution of the Hollywood film industry itself—marked by iconic roles in the Coen brothers’ 1987 masterpiece Raising Arizona, the romantic comedy Moonstruck that same year, and the Reaganomics satire Vampire’s Kiss in 1989. He won Best Actor at the Academy Awards for his performance as a down-and-out Hollywood screenwriter in Leaving Las Vegas (1995), and had a lengthy, surprisingly compelling stint as a blockbuster action hero in the late-’90s (The Rock, Con Air, Face/Off) before the industry ostracized him, just as Netflix was shifting from DVD rentals to streaming media and video-on-demand—a term Cage hates. “Anyone who uses the terms ‘video-on-demand’ or ‘straight-to-video,’ in my view, is a dinosaur. Everything has been streaming these days,” he says. “Do I love the church? Do I love Quentin [Tarantino’s] New Beverly Cinema? Of course. Do I want to see every movie in the church? Of course I do. But what’s happened with streaming is that it’s given people a chance to really build their libraries.”

Read the rest of this article at: Document