In the News 11.07.18 : Today’s Articles of Interest from Around the Internets

Why Doctors Hate Their Computers

On a sunny afternoon in May, 2015, I joined a dozen other surgeons at a downtown Boston office building to begin sixteen hours of mandatory computer training. We sat in three rows, each of us parked behind a desktop computer. In one month, our daily routines would come to depend upon mastery of Epic, the new medical software system on the screens in front of us. The upgrade from our home-built software would cost the hospital system where we worked, Partners HealthCare, a staggering $1.6 billion, but it aimed to keep us technologically up to date.

More than ninety per cent of American hospitals have been computerized during the past decade, and more than half of Americans have their health information in the Epic system. Seventy thousand employees of Partners HealthCare—spread across twelve hospitals and hundreds of clinics in New England—were going to have to adopt the new software. I was in the first wave of implementation, along with eighteen thousand other doctors, nurses, pharmacists, lab techs, administrators, and the like.

What Billionaires Want: The Secret Influence Of America’s 100 Richest 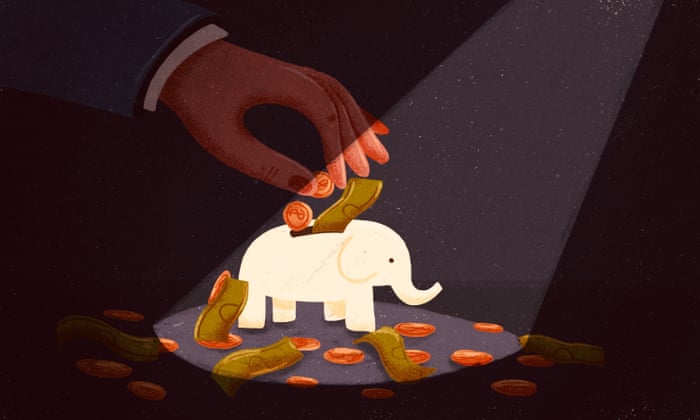 If we judge US billionaires by their most prominent fellows, they may seem to be a rather attractive bunch: ideologically diverse (perhaps even tending center-left), frank in speaking out about their political views, and generous in philanthropic giving for the common good – not to mention useful for the goods and jobs they have helped produce.

The very top titans – Warren Buffett, Jeff Bezos, Bill Gates – have all taken left-of-center stands on various issues, and Buffett and Gates are paragons of philanthropy. The former New York mayor Michael Bloomberg is known for his advocacy of gun control, gay rights, and environmental protection. George Soros (protector of human rights around the world) and Tom Steyer(focused on young people and environmental issues) have been major donors to the Democrats. In recent years, investigative journalists have also brought to public attention Charles and David Koch, mega-donors to ultra-conservative causes. But given the great prominence of several left-of-center billionaires, this may merely seem to right the balance, filling out a picture of a sort of Madisonian pluralism among billionaires.

“Making a movie is a powerful thing,” says Adam Driver, dressed in a baggy hoodie and eating a breakfast of bacon and eggs at Brooklyn’s Dumbo House. “And to fuck it up or get tired while you’re making it?” He frowns. “Why not make sure you leave nothing on the table instead?” The 34-year-old actor is here on a cool fall morning talking about his own career, both onscreen — most recently in BlacKkKlansman; most famously as Adam Sackler in HBO’s landmark Girls and Kylo Ren in two Star Wars films — and onstage. It’s the latter, via his Arts in the Armed Forces nonprofit, which brings theater to military personnel, that he’s most eager to talk about. (On November 12, AITAF will celebrate its tenth anniversary with a special Broadway performance of Sam Shepard’s True West.) But he knows it’s the glow from the big and small screens that often draws people in. Like, presumably, the eager young podcaster who sidles up to us and asks if Driver will participate in a live podcast something or other. Or the barista who wants his autograph in her book of poetry. “I thought,” Driver says, despite having handled the interruptions gracefully, “that here I could avoid that kind of thing.”

Read the rest of this article at: Vulture Why Futurism Has A Cultural Blindspot

In early 1999, during the halftime of a University of Washington basketball game, a time capsule from 1927 was opened. Among the contents of this portal to the past were some yellowing newspapers, a Mercury dime, a student handbook, and a building permit. The crowd promptly erupted into boos. One student declared the items “dumb.”

Such disappointment in time capsules seems to run endemic, suggests William E. Jarvis in his book Time Capsules: A Cultural History. A headline from The Onion, he notes, sums it up: “Newly unearthed time capsule just full of useless old crap.” Time capsules, after all, exude a kind of pathos: They show us that the future was not quite as advanced as we thought it would be, nor did it come as quickly. The past, meanwhile, turns out to not be as radically distinct as we thought.

In his book Predicting the Future, Nicholas Rescher writes that “we incline to view the future through a telescope, as it were, thereby magnifying and bringing nearer what we can manage to see.” So too do we view the past through the other end of the telescope, making things look farther away than they actually were, or losing sight of some things altogether.

These observations apply neatly to technology. We don’t have the personal flying cars we predicted we would. Coal, notes the historian David Edgerton in his book The Shock of the Old, was a bigger source of power at the dawn of the 21st century than in sooty 1900; steam was more significant in 1900 than 1800.

But when it comes to culture we tend to believe not that the future will be very different than the present day, but that it will be roughly the same. Try to imagine yourself at some future date. Where do you imagine you will be living? What will you be wearing? What music will you love?

Chances are, that person resembles you now. As the psychologist George Lowenstein and colleagues have argued, in a phenomenon they termed “projection bias,”1 people “tend to exaggerate the degree to which their future tastes will resemble their current tastes.”

Read the rest of this article at: Nautilus