In the News 11.05.18 : Today’s Articles of Interest from Around the Internets

In 2015, I contacted Ai Weiwei, then under house arrest in Beijing, to ask if I could exhibit his work on a remote island in the Salish Sea. To my amazement, he agreed. The resulting exhibition, Ai Weiwei: Fault Line, included work related to the 2008 Sichuan Earthquake. During the earthquake 5,196 children were killed. At great personal risk Ai Weiwei worked to gather their names so that those children would not be forgotten. I used the translation of these children’s names as a point of departure to write a collection of poems titled ‘A Forest of Names’, some of which have appeared here, in China Heritage (see A Forest of Names — the translation of one grief to another, China Heritage, 24 April 2018). Towards the end of that project, I had the opportunity to interview Ai Weiwei in Berlin. This interview was edited into its current form from conversations that took place over several days, including a trip to Prague, those conversations also touched on his father and his father’s work.

Read the rest of this article at: China Heritage 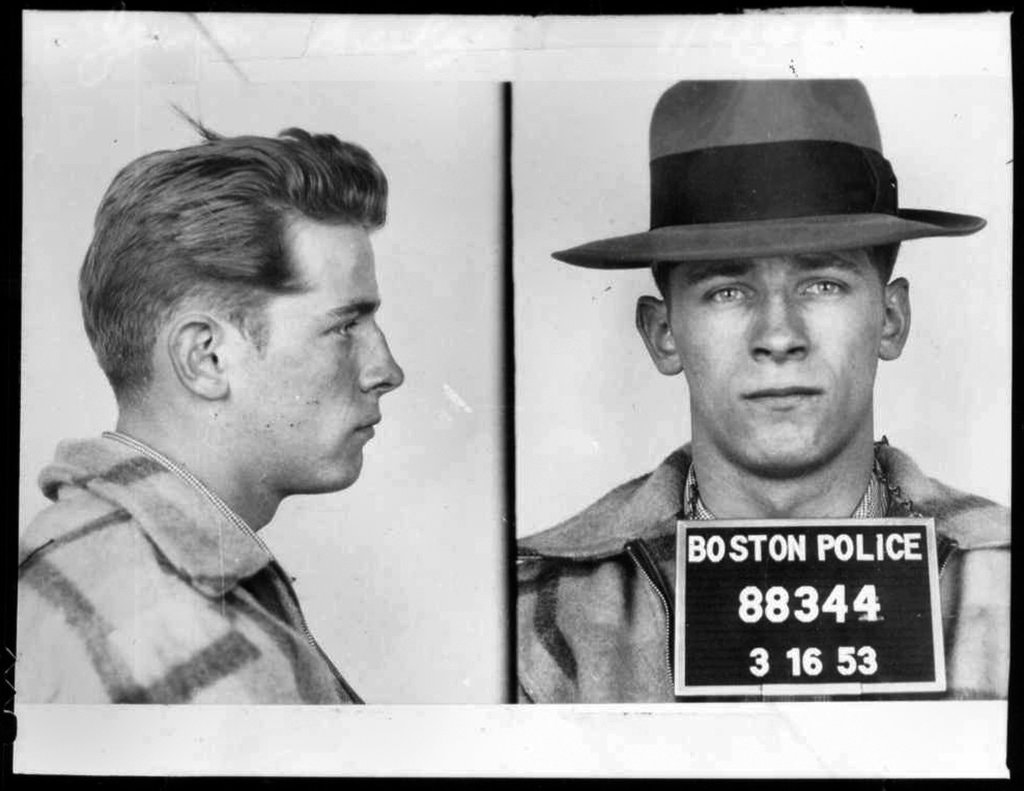 James “Whitey” Bulger’s life played out like any number of the violent Hollywood movies it spawned, reflecting a Boston that is no more, when bookmakers and gangsters peopled the taverns of the city’s working-class neighborhoods; when the locals wouldn’t dream of turning in the neighborhood hoodlum; when gangland murders were commonplace; and when the FBI was so hellbent on taking out the Mafia that it helped gangsters like Mr. Bulger kill rivals and rise to the top of the Boston underworld.

Mr. Bulger, one of America’s most manipulative criminals who eluded prosecution for decades because he was protected by corrupt FBI agents, was killed Tuesday in a federal prison in West Virginia. He was 89 and was serving two life sentences for 11 murders.

Mr. Bulger was charismatic and vicious, well-read and heartless. He persuaded a Jesuit priest to serve as his parole sponsor, torched the Brookline birthplace of John F. Kennedy during antibusing strife, kept house with two women in different locations at the same time, and routinely took naps immediately after shooting people in the head. He loved animals, crying over a puppy being put down, yet secretly buried at least six of his victims, denying their loved ones the bodies.

The former South Boston crime boss was the city’s most infamous criminal. He became as widely known as some of Boston’s reputable citizens, and in his own milieu he insisted he was an honorable criminal who lived by a scrupulous code. He portrayed himself as the neighborhood’s protector, keeping drugs out of Southie and striking at the forces behind the imposition of school desegregation, which he and others saw as the beginning of the end of the insular, isolated South Boston, where they grew up.

Read the rest of this article at: The Boston Globe

The Masterless People: Pirates, Maroons, And The Struggle to Live Free

The English word maroon did not yet exist in 1607. The Spanish word from which it derives, cimarrón, was first coined to describe domesticated cattle brought to Hispaniola that escaped into the wild parts of the island. Most scholars today accept some form of this derivation, which dates at least to 1535, just forty years after Columbus landed on Hispaniola. By 1540, cimarrón was applied to Africans who, like the chattel before them, fled to the remote, wild places behind Spanish coastal colonies. Maroon first appeared in English in 1666 when John Davies, translating a history of Barbados, wrote that slaves, like those animals, would “run away and get into the Mountains and Forests, where they live like so many Beasts; then they are call’d Marons, that is to say Savages.” Sometimes, these escapees formed new communities in the wilderness, a phenomenon that anthropologists call grand marronage. Cimarrón and eventually the shortened word, maroon, carried a heavy metaphoric or perhaps even literal sense that these fugitives devolved to an animal ferocity, wildness, and savagery. That is to say, they left civilization to live like Native Americans.

Indians were often midwife to marronage. Siouan tribes or Yuchi Indians living on South Carolina’s coast helped the first maroons on the soil of what is today the United States. In 1526, five hundred Spanish with one hundred African slaves settled near the mouth of the Pee Dee River. The summer “seasoning,” mosquito-borne illnesses like yellow fever, began to carry off the settlers. In the midst of this crisis, several slaves escaped into the hinterland, taking refuge among the Indians, and when in October the 150 surviving Spanish abandoned the settlement and sailed for Hispaniola, they left behind those escapees. Eighty years before Jamestown, the first intercontinental settlers on the East Coast of the United States were maroons: Africans who had escaped Spanish slavery.

A History Of Monsters 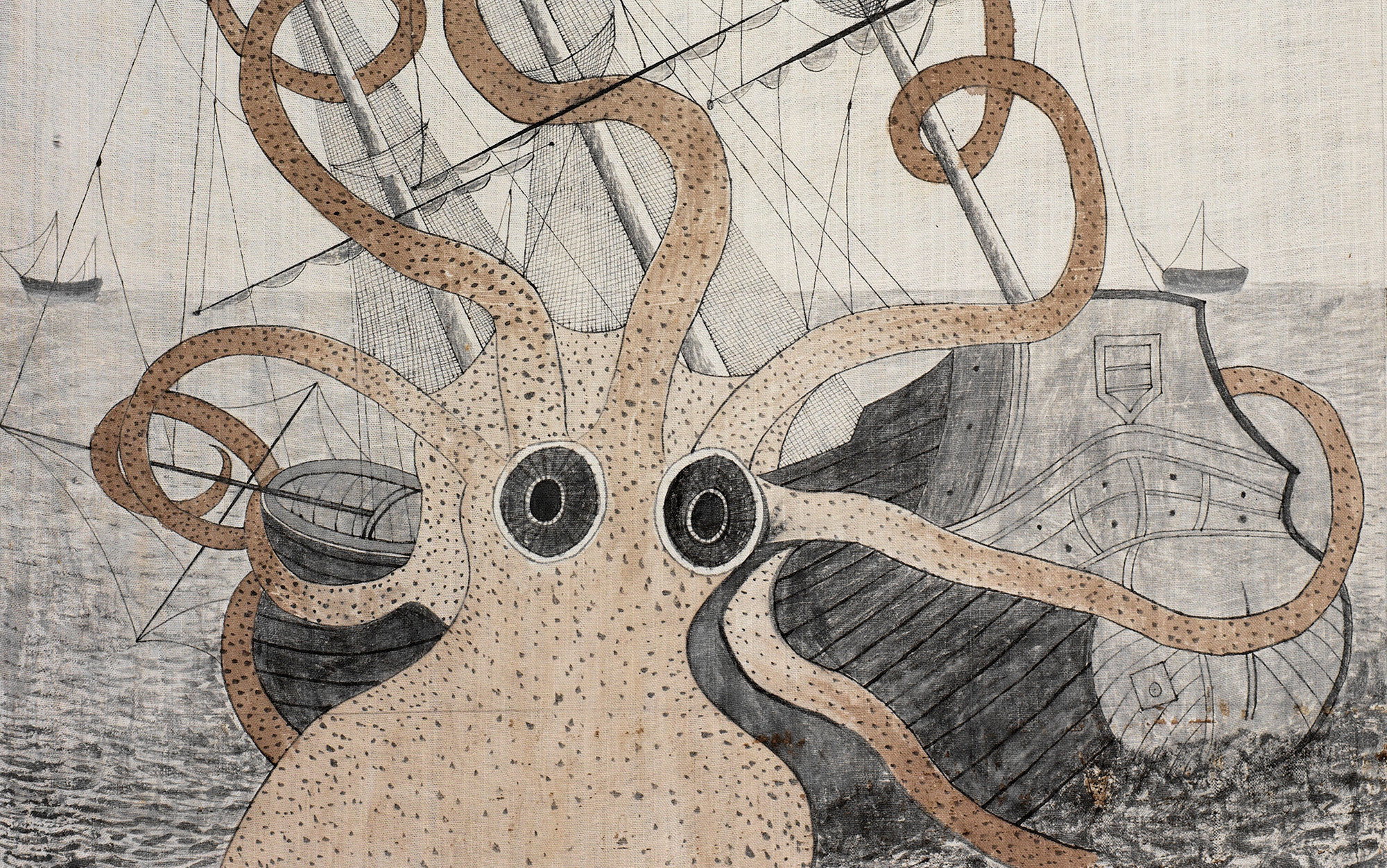 In 2003, a team of scientists in China managed to create embryos containing a mix of rabbit and human DNA. Most of the biological matter was human, while the rabbit DNA was present only in the mitochondria, the energy-generators of the cells. The aim was to try to find new ways of growing and harvesting the stem cells present in early human development, which were (and are) a promising avenue for medical study and treatment.

It wasn’t long, however, before controversy erupted over these so-called ‘chimeras’, as they were dubbed by some researchers. Were they human? What would happen if they were allowed to develop? Soon activists mobilised to restrict or quash the research. In 2005, the US outlawed patents on human embryos; in 2007, the Human-Animal Hybrid Prohibition Act was proposed in Congress (although ultimately it failed to pass into law). According to the bill, research into hybrids was said to compromise ‘human dignity and the integrity of the human species’. Pig heart transplants or the administration of animal-based insulin were acceptable, but the threat of potentially viable, cellular hybrids was too strong, despite the myriad social benefits it could yield.

These cells were very different in appearance to their mythological namesake, the chimeras of Greek mythology that possessed a lion’s head and body, a second goat’s head, and a serpent’s tail. Yet the rabbit-human embryos and the Ancient Greek image shared a deep similarity in the public imagination: they were both monsters.

The meaning of monstrosity has morphed dramatically over the course of history. Traditionally, monsters came from elsewhere: at the unknown edges of maps, from distant times and places. But as the bounds of the known Universe have expanded, the habitats of monsters shrunk back. The world is now so thoroughly charted that there seems to be little space left for indigenous monsters; instead, we import extraterrestrials and summon up artificial intelligence or cutting-edge technologies to act as the fearsome ‘Others’ for our books, TV series and films.

The Real Origins Of Birthright Citizenship 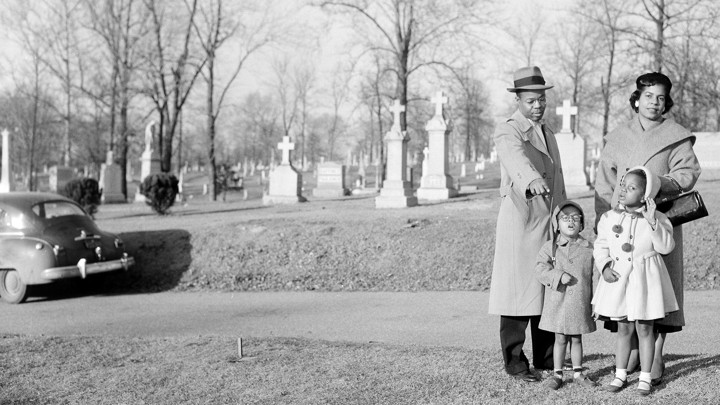 In the U.S., birthright citizenship begins here, in the struggles of the marginalized and the despised to make this nation their own even as so many claimed that when it came to rights, it was a white man’s country. Most notorious among such denials of black citizenship was the U.S. Supreme Court’s 1857 decision in Scott v. Sandford, often referred to as the Dred Scott case. But African Americans saw Chief Justice Roger B. Taney and his decision coming from years away. They had encountered his view—that black people had no rights that white men were bound to respect—in Congress and state courts, in newspaper columns and political conventions. They denounced Taney and the high court, gathering in meeting halls and churches to decry the denial of their birthright. And they never deferred to it. Taney’s decision was another round in a struggle that would take them to the Civil War and beyond.

The 1868 ratification of the Fourteenth Amendment, especially its birthright-citizenship provision, was the culmination of a long struggle, rather than a newfangled postwar innovation. Black Americans had defined its necessity, set forth its terms, persisted even in the face of highly placed doubters, and then served up to the Reconstruction-era Congress an idea whose time had come. The Thirteenth Amendment made millions of enslaved people irretrievable and constitutionally free. But it was the Fourteenth Amendment that made them citizens, and with its ratification, the terms of citizenship were transformed for all those born in the U.S., setting in place a regime that persists until the present day. It is the very regime to which many Americans owe their sense of sureness when it comes to national belonging.

It might be easy to forget the origins of birthright citizenship. In many of our lives, it was conferred silently, without ceremony or much paperwork. We might assume it was always this way. It turns out that the quintessentially American story is not one about how it has always been this way. Instead, it is one about struggle—about how our democracy has been made to an important degree by people, like former slaves, who helped build the nation and asked in turn to be full members of it. It is a story about how people largely relegated to the margins make their way to the center—fitfully, unevenly, and not without opposition. Still, their striving, their quest, their insistence that citizenship is a two-way street and a bargain, rather than a gift or a privilege, is the legacy left to us by former slaves who saw themselves as belonging by virtue of birthright long before most others did.

In 2018, we find ourselves once again embroiled in a debate over citizenship, over who belongs, who is in and who is out. And the Fourteenth Amendment, a constitutional innovation that embraced former slaves as citizens, is now wielded by some as a weapon, held up as a barrier, and otherwise used to deny admission to those who have devoted lives and work to this nation, but always under a shroud of uncertainty. Some would undo the amendment’s birthright provision altogether, substituting for it regimes of blood—with belonging dependent upon who one’s parents were or were not—or of affirmation, in which only those willing to pledge themselves to the nation may join it.