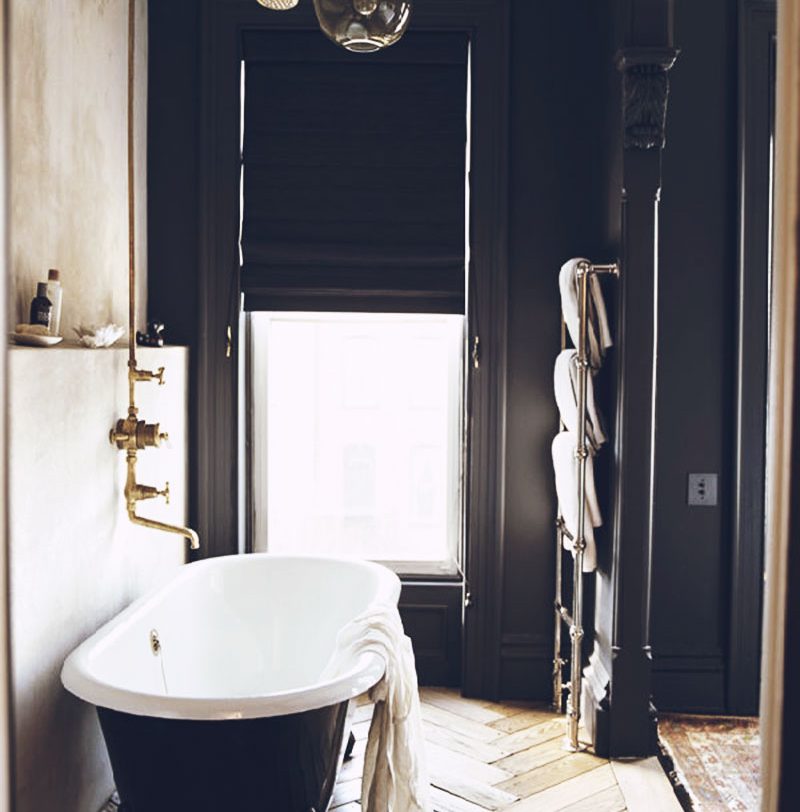 MANY WILL HAVE CAUGHT a glimpse of J.Crew’s Creative Director, Jenna Lyons’, former Park Slope brownstone [above], for it was published many times [& on the cover of Domino twice], and in many different places. Many will also know that the townhouse was put on the market following Lyons’ split from husband Vincent Mazeau in the fall of 2011. The couple purchased the seven bedroom, 4,400-square-foot brownstone built in the 1880s, for $1.3 million in 2004.

Following the split, the home was listed for $3.75 million, selling for $4 million two years ago, to Vincent and Tracy Martin, after a bidding war. The townhouse has recently made news again, when The New York Times ran an article last week on the new owners, along with photos of the changes they’ve made. And, because we all adore before & afters, took a few moments before the weekend, to search for a few photos to illustrate the changes . . .

Above, before, Jenna’s sparse kitchen, and after, with new dark glass-front cabinets, range, and island counter.

Above, the master bedroom before, and below, after.

Above, the famous ensuite bath, before, and below, repainted, after.

And just for fun, could not resist one final & very favourite image of the ensuite bath as it was when Jenna & her husband lived in the brownstone, for the black walls, brass fixtures and herringbone flooring were so impossibly chic . . .