{take me away № 26 | the cherry blossoms of tokyo, japan} 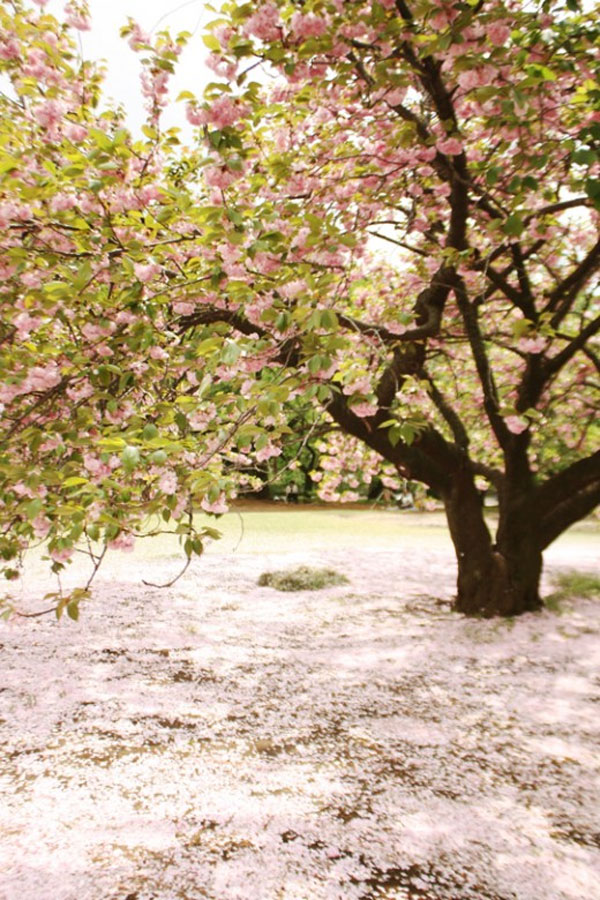 Some say that Spring’s season brings about some of nature’s most magical beginnings, with abundant new life and beauty; and one of the most decadent and much-anticipated pleasures of all, is without a doubt, flowers. Indeed, we find flowers exemplified and their stories told throughout pages and pages of poetry novels, articles, paintings, and many other depictions, studied and explored for hundreds and hundreds of years—they are very much a part of celebration, given as a gesture of love, friendship, of compassion and kindness, found within the deepest reaches of the heart. 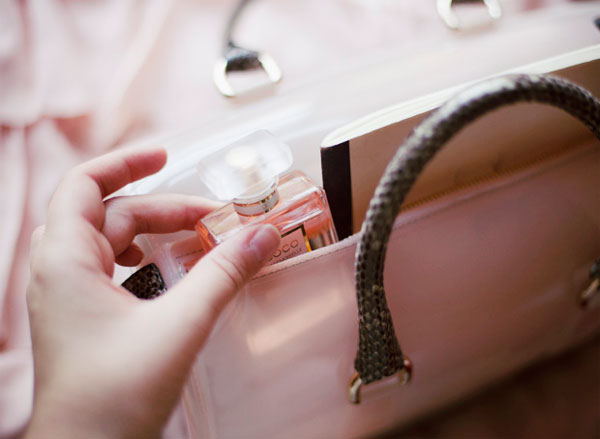 For they may be admired from afar in nature, purchased and sold at markets, carefully sown and grown in love. And so, to celebrate Springtime, and the beauty of nature, today we invite you to take a trip with us to one of the greatest cities in the world : Toyko, Japan. 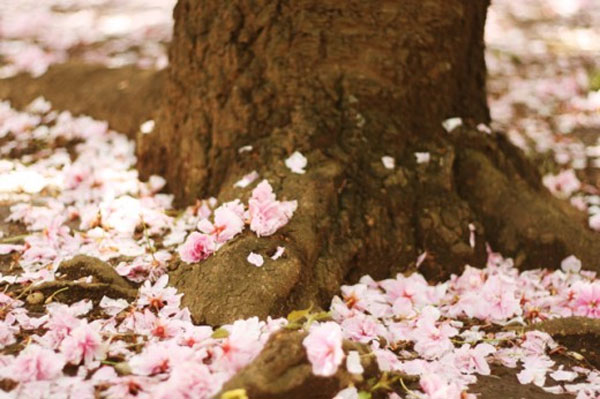 A city that calls many to gather not only for its exciting metropolis [the largest in the world], great technology and respected culture, its delicious food, style, and innovations, but also for its wondrous cherry blossoms, that have brought some to silence and tears, and most certainly, with memories to last a lifetime . . .

THE CHERRY BLOSSOMS | OF TOKYO

With each anniversary of Spring, the beautiful cherry blossoms come back to life yet again, in all their splendor, refreshed and renewed, their branches trailing like a dance, with little breezes to carry a flurry of petals, and as they gracefully fall, they create a stunning carpet of hundreds upon hundreds of delicate petals. Just why are they so revered? Beyond their external beauty lies symbolism and meaning far deeper than the flower itself. For the Japanese, the blossoms are believed to exemplify the nature of life, and for many, they symbolize love, beauty, good fortune, peace, and happiness. 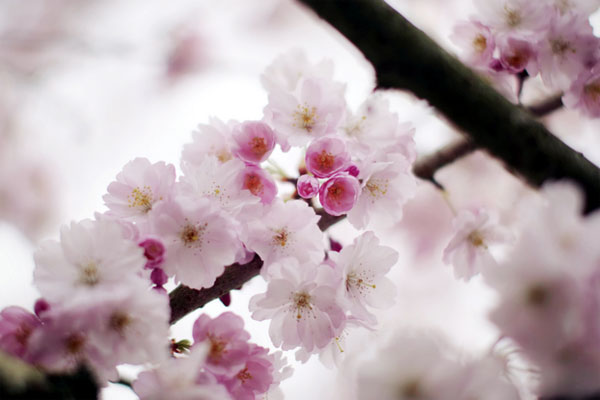 Although cherry blossoms [which are also called Sakura] may be found all over the world, from the United States, and Australia, to Korea and Turkey, the Japanese certainly have a very special and fond regard for them. In fact, the Japanese pay close attention to the forecasting of the blooms, which typically reach their peek between the end of March and beginning of April. Each year, they await the blossoms, and will often gather in the many parks, shrines and temples, at Hanami Festivals, with friends, loved ones, and fellow admirers, to celebrate the cherry blossom season. Interestingly, the fiscal and school year for children often coincide with this time; in fact, many trees can often be found outside of schools. 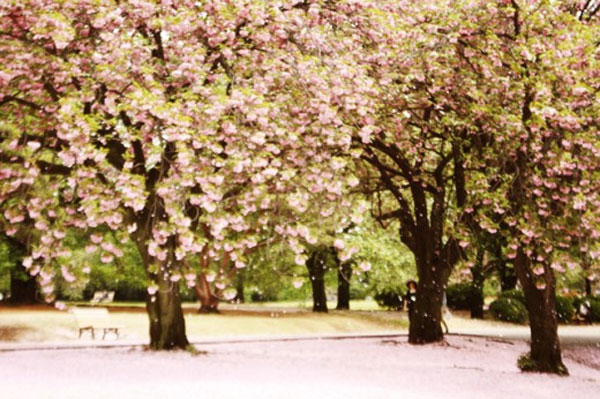 In Japan alone, there are over one hundred different tree varieties; some are more wild varieties native to the forest areas, such as the Yamazakura, however, for the most part, the trees have been cultivated over the centuries, and are now on display in gardens and parks. Amoungst the favorites today, is the Somei Yoshino — with its beautiful flowers that are nearly all alabaster, with only a tinge of pale pink, nearest to the stem of the flower. They typically bloom and fall within a span of one week, before the leaves comes out, making the trees appear cloud-like, with dustings of white from top to bottom; this flower‘s name comes from the village of Somei. 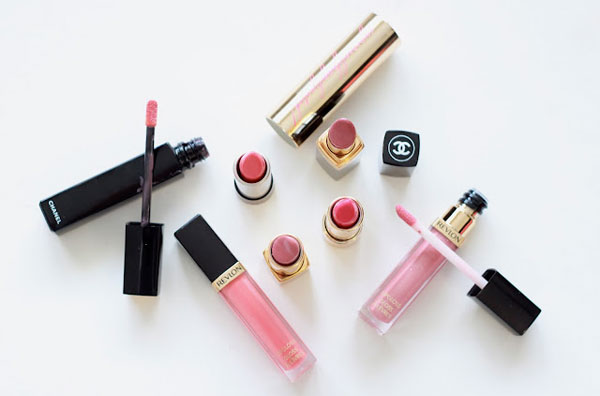 Most wild trees, but also a lot of cultivated tree varieties, have blossoms with five petals. However, some species have blossoms which consist of ten, twenty or more petals. Trees with blossoms of more than five petals are called Yaezakura. Most varieties will produce light pink to white blossoms, but there are also some cherry trees that have the most lovely deep pink, pale yellow or fresh green blossoms. Interestingly, the color that can be seen in some varieties, may, in fact, change while they are in bloom; a personal favorite is a white blossom that slowly turns to a hearty pink. 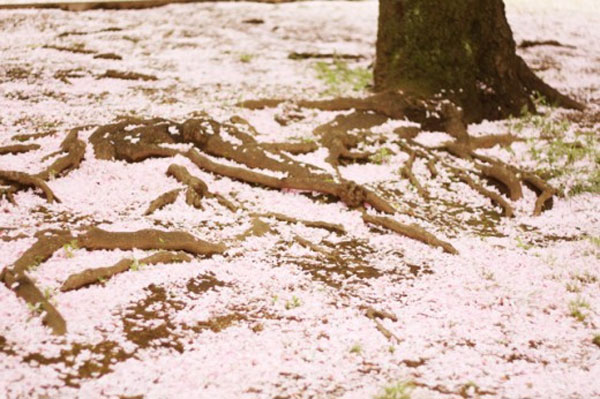 PLACES TO VISIT | six of the most beautiful parks in tokyo

Shinjuku Gyoen is one of the largest and most grand of parks in all of Tokyo, covering 58 hectares. It first opened to the public in 1949, having served as the garden for the Imperial Family since 1903. It features more than one thousand cherry trees, with over a dozen varieties, including a number of early and late blooming trees, spacious lawns, and an atmosphere of calm and peacefulness. Shinjuku Gyoen features three different garden styles : an English garden with gracious lawns; a more traditional Japanese garden with teahouses, and lastly, a symmetrically arranged, more Formal French garden. Additionally, one can explore forested areas and the lovely greenhouse. Visitors can count on viewing the beautiful blossoms from the end of March and for the most part of April, and are welcome to visit and picnic during the day until late afternoon. 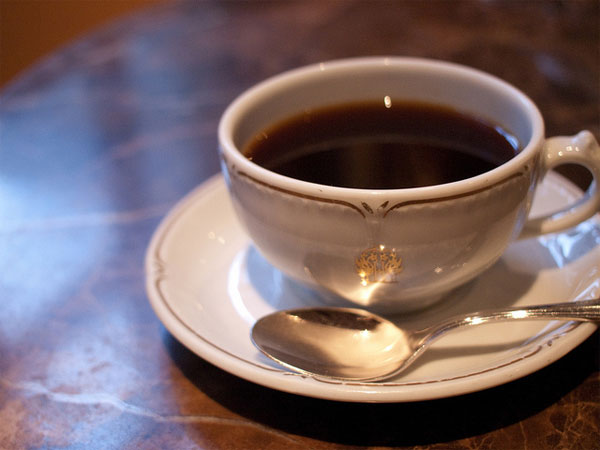 Famed as one of the must-see spots in Tokyo, this park stretches along both sides of the Sumida River. One will become utterly enchanted by the 1000+ Sukura that has been planted along the riverside, creating the most beautiful tunnel of blossoms. If you happen to visit in the evening, you will also enjoy the trees, lit up for a entirely new look. Additionally, during the Hanami period, [between the end of March to mid-April], there are a great deal of events and ceremonies, including traditional dance and music. The park was once the private property of the Shogun family, but today, thousands gather from near and far to eat, join in the festivities, and of course, view the blossoms. 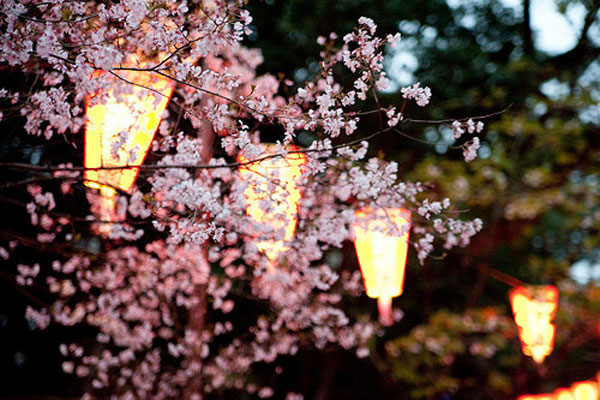 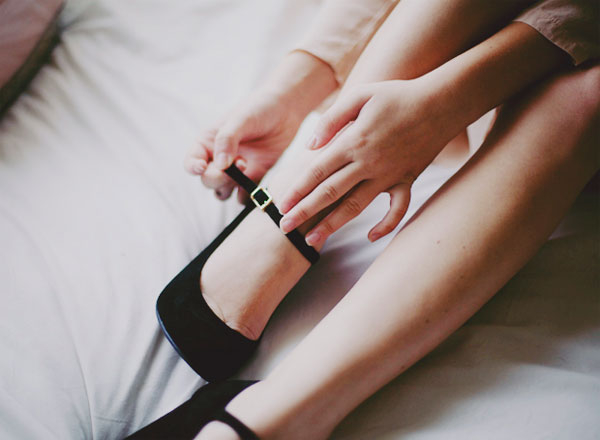 With over 130 acres to wander, this park is one of Japan’s most popular parks for cherry blossoms, drawing approximately ten million visitors a year to its grounds. Ueno Park was first established in 1873, on acreage that formerly belonged to the temple of Kan’ei-ji. Indeed, among the country’s very first public parks, and the home of a number of major museums, Ueno Park is also widely celebrated during the Springtime for its cherry blossoms and Hanami. The park features over 1000 trees along the street, leading toward the National Museum and around the Shinobazu Pond. Do note that this destination is a must-visit if you plan to visit Tokyo early on in the season, as the blossoms within the park tend to follow a slightly faster schedule [a few days] than some of the blossoms within other spots in the city. 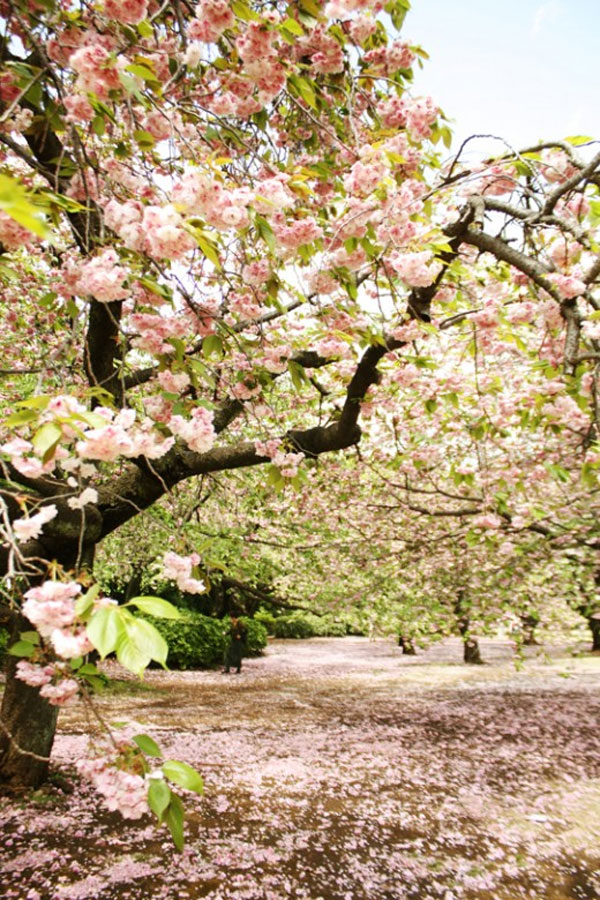 04 | ChidorigafuchiLocated on a moat in the Imperial Palace [where their Majesties the Emperor and Empress reside], Chidorigafuchi, also warmly referred to as the Central Park of Tokyo, is actually a national cemetery, located in the heart of the city. When visiting, you will discover amazing tunnels created by hundreds and hundreds of blossoming cherry trees that decorate the moats of former Edo Castle around Kitanomaru Park, creating one of Tokyo’s most incredible and outstanding cherry blossom sights, a must-see, according to many sources. Though somewhat unlike many other parks, this park does not allow for picnics, just for viewing and strolls. In the evenings, one can appreciate the blossoms romantically lit from boats floating or by foot. 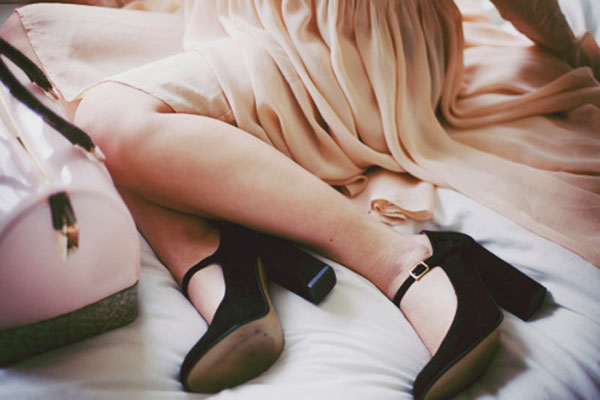 One of the largest city parks in Tokyo, Yoyogi Park welcomes visitors to enjoy the wide lawns, forested areas [it is especially known for its ginko tree forest], ponds, and of course, beautiful cherry blossoms. Many enjoy picnicking, jogging and strolling through the park. Interestingly, the park was the previous site to the first successfully powered aircraft flight in Japan, after which time, it became an army parade ground. And yet, today it is a popular spot for visitors and locals alike, particularly as outdoor activities are promoted—from biking on the bike path to basketball. Though this park does not offer as many cherry blossom trees to view as others, it is nonetheless, quite a lovely spot—open from the morning until the early evening. 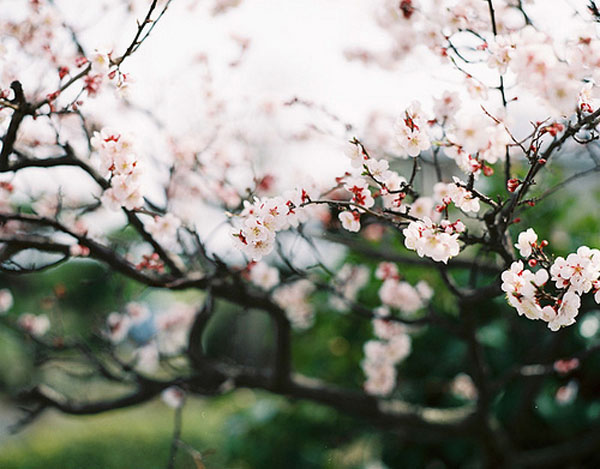 The river is actually located in a beautiful residential neighbourhood, with an overwhelming 800 cherry trees that line the water for several hundred meter, making this destination spot certainly a sight to see. Those passing by will be astonished by the vast canopy of blooming trees, that begins from the Naka Meguro Station and travels all the way to the Ikejiri-Ohashi Station. During the Springtime, those residing in the area and beyond, all join to celebrate in the Naka Meguro Cherry Blossom Festival. During the festival, [particularly in the evenings], the trees are illuminated, and pretty paper lanterns are hung in the trees. There are also wonderfully entertaining performances that include music, dance and much more. Some also like to enjoy mid-day picnics close to the river, taking in the beauty of the river and the blossoms.

[something fun : look up towards the heavens] 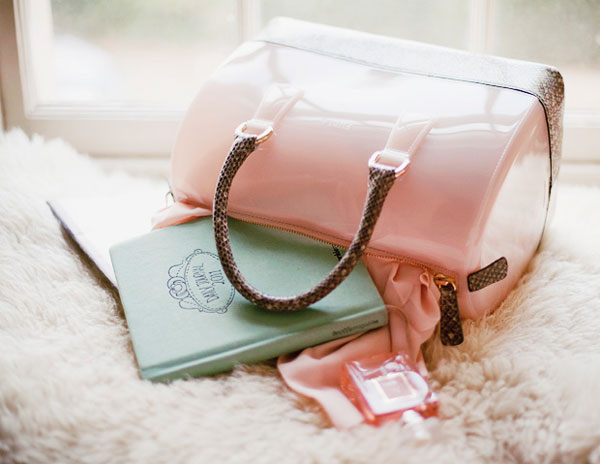 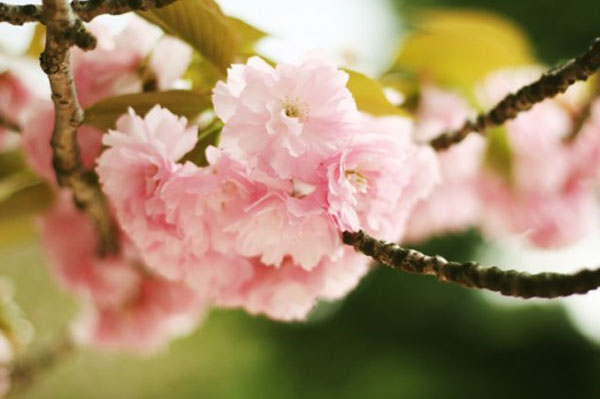 02 | Ryugin
A favorite of many for exquisite and authentic Japanese dining at its very best.

03 | New York Bar
Located in the Park Hyatt, this grand and contemporary restaurant has become a landmark of Tokyo. 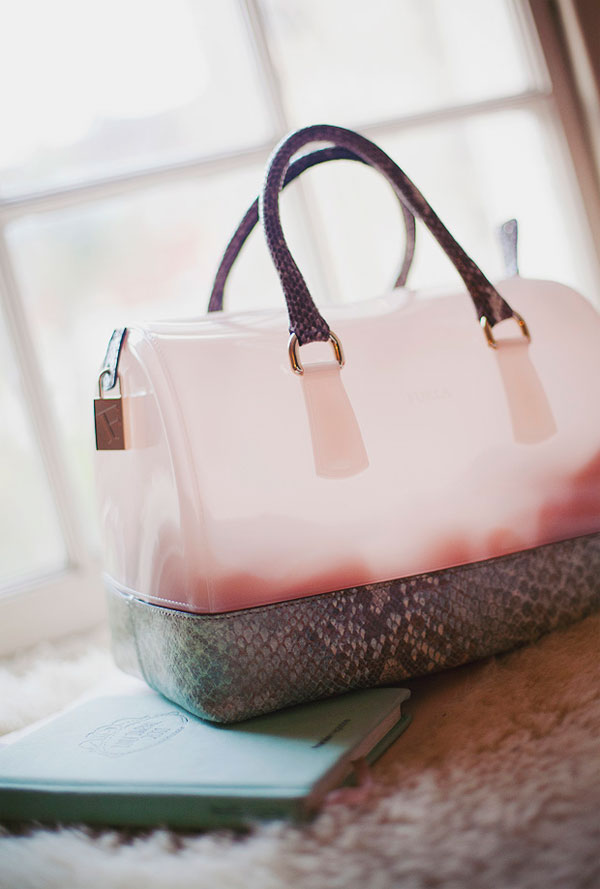 When planning a Springtime trip to Japan, we would suggest comfortable shoes, for walking though the parks, along the river’s edge, and for all excursions you might have planned. You might also wish to pack plenty of comfortable layers, such as a warm jacket, coat and/or trench to cover all possibilities, particularly as the weather tends to fluctuate from sunshine to snow, even in Spring. If you do not have one, you may also wish to pick up a clear umbrella [there are many places to find one in Tokyo] to take along with you on your daily excursions, as rain may occur at any time, and the clear umbrella will allow you to look up and still see the blossoms. 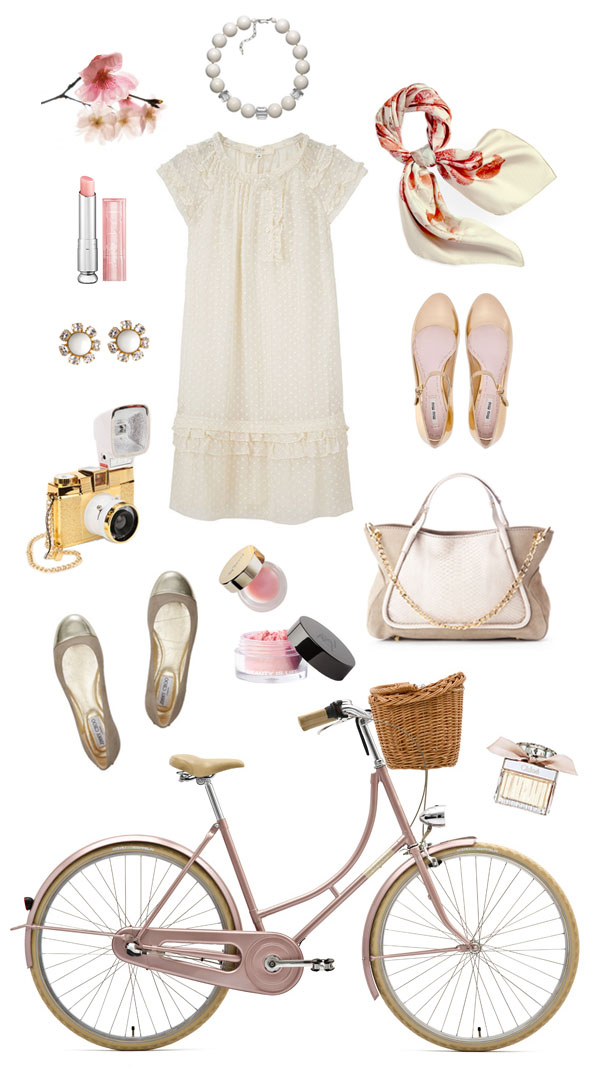 A few additional links you might enjoy : for café or sweet stops during the day, visit the famous dripping Godiva shop & Patisserie Higashiya /// lovely floral arrangement inspiration /// a pretty and feminine scent to pick up /// and lastly, just imagine, a lovely Spring wedding amoungst the trees . . . 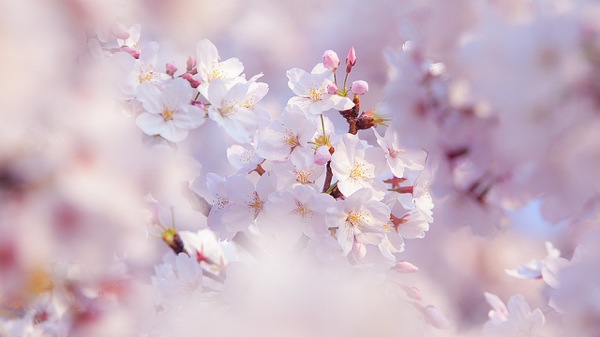 [images: the cherry blossom girl /// yuki shimazu /// wish wish wish /// cheetah is the new black via the this is glamorous tumblr /// i like iced tea /// carpe diem /// miguel michán]