News 04.04.22 : Today’s Articles of Interest from Around the Internets

Are the Oscars Over?

Have you heard about Aperture 2025?

It may sound like a Roland Emmerich sci-fi movie, but it’s actually more frightening. And much more controversial. It’s the Academy of Motion Picture Arts and Sciences’s latest initiative to make Hollywood more equitable and diverse—more woke—by changing the rules by which films are eligible for Best Picture nominations. Here’s how it works: Starting in 2024, producers will be required to submit a summation of the race, gender, sexual orientation, and disability status of members of their movie’s cast and crew. If a particular movie does not have enough people of color or disabled people or gays or lesbians working on the set—and what is “enough” will be determined by a knotty tangle of byzantine formularies—then that movie will no longer be eligible for an Oscar.

Not surprisingly, the plan is not being universally applauded in Hollywood. Critics say it’s invasive, anticreative, opens the door to privacy issues, and is spectacularly unfair to actors and crew members, who may want to keep their sexual orientation or health profiles to themselves, not to mention to producers and directors who have enough to worry about while shooting a movie than to be saddled with the thankless task of tallying up the identity markers of their creative partners.

Read the rest of this article at: Los Angeles Magazine 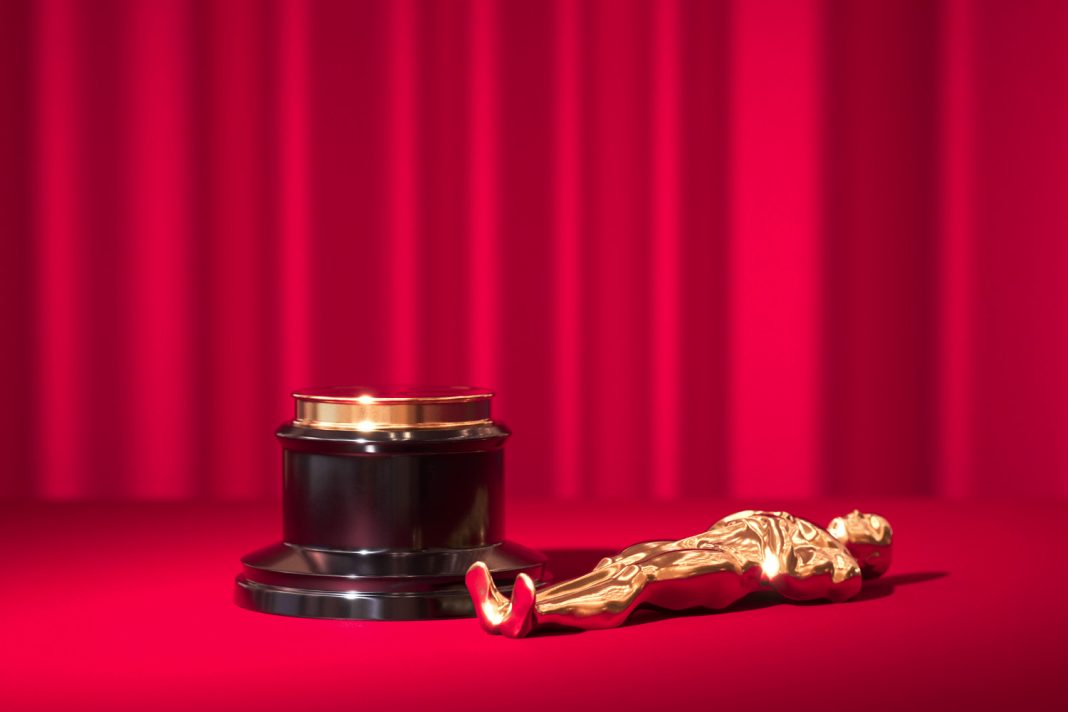 Scepticism as a Way of Life 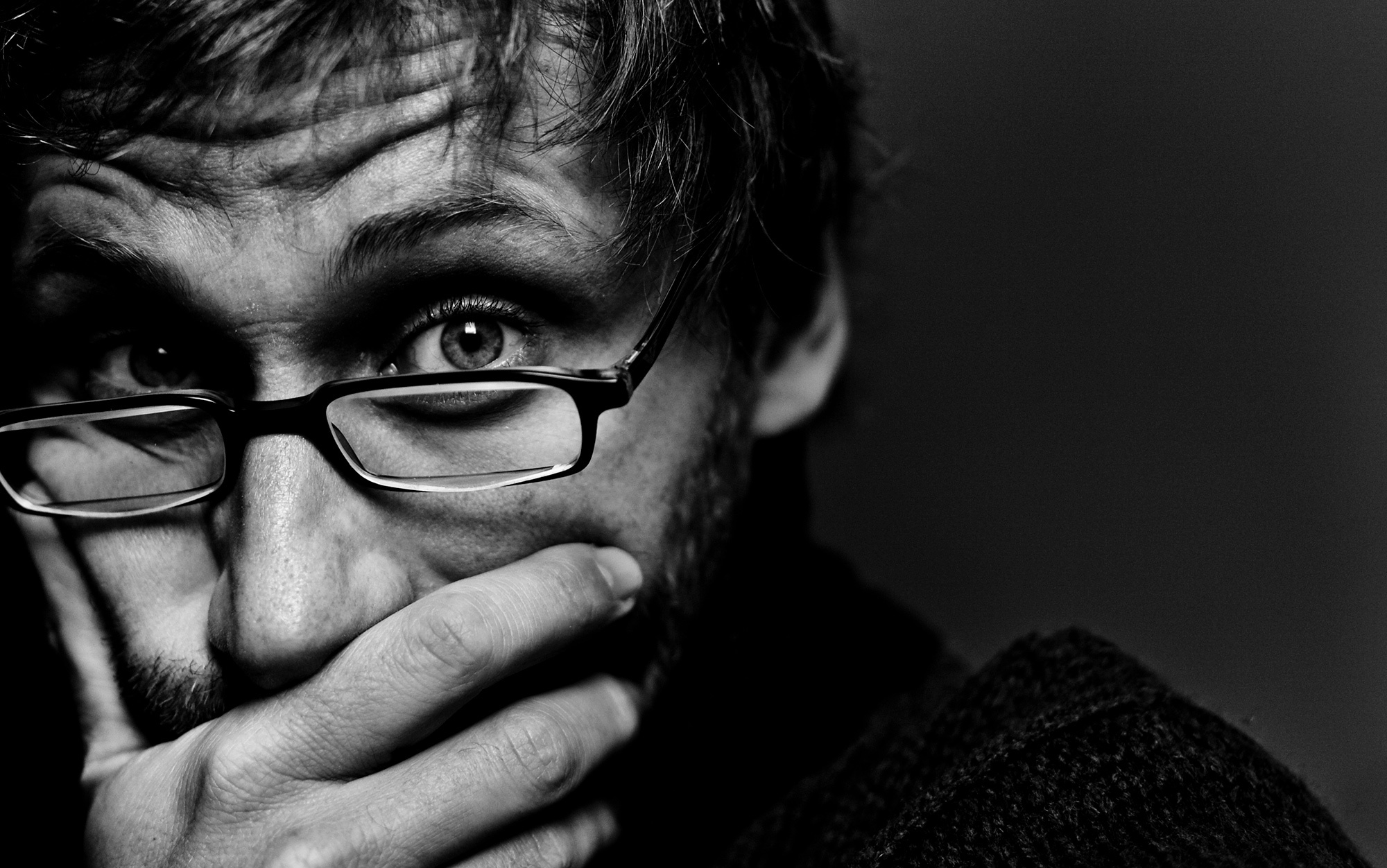 Think about a time when you changed your mind. Maybe you heard about a crime, and rushed to judgment about the guilt or innocence of the accused. Perhaps you wanted your country to go to war, and realise now that maybe that was a bad idea. Or possibly you grew up in a religious or partisan household, and switched allegiances when you got older. Part of maturing is developing intellectual humility. You’ve been wrong before; you could be wrong now.

We all are familiar, I take it, with people who refuse to admit mistakes. What do you think about such people? Do you admire their tenacity? Or do you wish that they would acknowledge that they jumped to conclusions, misread the evidence, or saw what they wanted to see? Stubborn people are not just wrong about facts. They can also be mean. Living in society means making compromises and tolerating people with whom you disagree.

Fortunately, we have a work of philosophy from antiquity filled with strategies to counter dogmatic tendencies, whether in ourselves or in other people. The book makes one laugh out loud with questions about whether we know that grass is green, that scorpion stings are deadly, or if it is wrong for parents to tattoo their babies. The French writer Michel de Montaigne read the book in the 16th century and used the strategies in his essay ‘An Apology for Raymond Sebond’. Through Montaigne, many European Enlightenment philosophers came to see a link between scepticism and toleration. Plato’s Republic is more renowned, but the book from antiquity that people ought to read right now is Sextus Empiricus’ Outlines of Pyrrhonism.

Sextus was a physician who wrote in Greek and lived in the 2nd or 3rd century CE. He worked in a tradition that originated with the Greek philosopher Pyrrho, a contemporary of Aristotle. Outlines of Pyrrhonism, according to the Stanford Encyclopedia of Philosophy, is ‘the best and fullest account we have of Pyrrhonian scepticism’. In The History of Scepticism (1960), Richard Popkin identifies the beginning of modern scepticism with the Dominican friar Girolamo Savonarola’s decision to have Sextus translated from Greek to Latin. Sceptics could dethrone pagan philosophers who extolled the powers of reason; sceptics could also, it became clear, raise doubts about religious claims.

The sceptical way of life, on Sextus’ presentation, follows a certain rhythm. You feel puzzlement about something. You search for knowledge about it. You arrive at two equally weighty considerations about what is happening. You let go trying to find an answer. And once you recognise that you might not find a solution, it brings some mental tranquility.

11 Years, 10 Arrests, At Least 62 Women: How Did Britain’s Worst Cyberstalker Evade Justice For So Long?

The conversations always started the same way. A woman would get a message from a social media user. It would say: “Can I tell you a secret?” The messenger often, but not always, appeared to be a friendly young woman, peppering the conversation with words such as “hun” and signing off with a kiss.

But the messenger would also claim to have information about the woman’s life. The victim’s partner was cheating on her; a friend was talking behind her back. If the woman blocked the anonymous messenger, another appeared. If the woman stopped responding, she would get incessant calls from someone breathing down the phone.

This stalking could go on for years. Sometimes, the stalker spread lies about the victims to her friends, family and colleagues: that she was having an affair with her boss, or even her stepdad. The stalker would hack into the victim’s social media accounts, or create fake accounts in her name. He would pose as the victim to have sexually explicit conversations. He would even send stolen intimate photographs of her.

Victims lost friends, family members, relationships and professional opportunities. One terrified victim slept with a baseball bat in her hand. Another kept a samurai sword beside her bed. Some were diagnosed with depression and anxiety and needed medication. 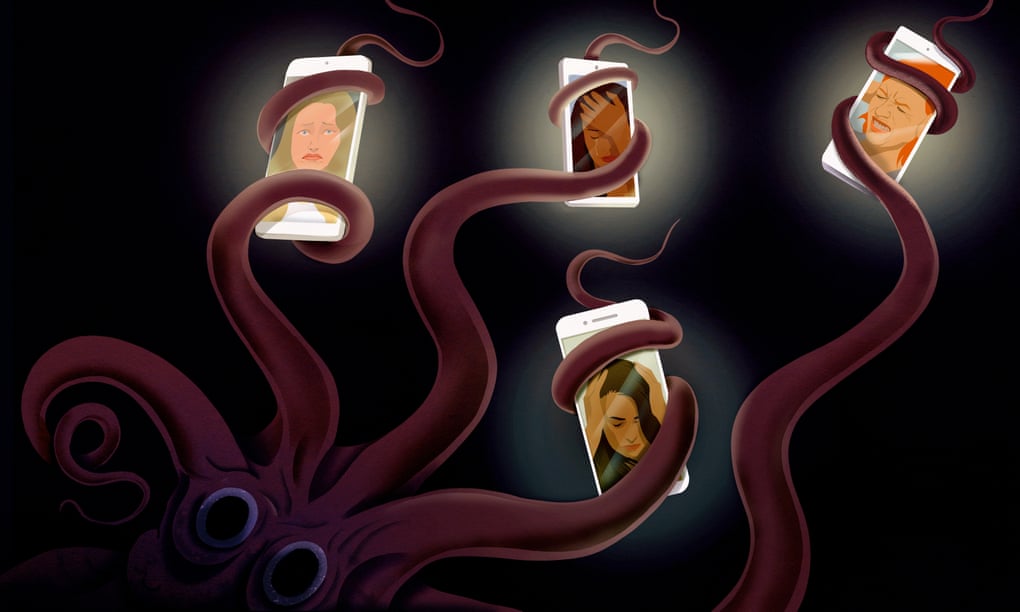 How an Ivy League School Turned Against a Student

In the winter of her sophomore year of high school, Mackenzie Morrison sat in her bedroom closet and began a new diary. Using her phone to light the pages, she listed the “pros of telling”: “no more physical/emotional attacks,” “I get out of this dangerous house,” “the truth is finally out, I don’t have to lie or cover things up.” Under “cons of telling,” she wrote, “damaging mom’s life,” “could go into foster care,” “basically I would probably lose everything.” After she finished, she loosened the screws of a vent panel on the wall outside her closet and slipped the notebook behind it.

Mackenzie went to Whitfield, a private prep school in St. Louis, where the school’s wellness director, Ginny Fendell, called her the “queen of compartmentalization.” She got A’s, served in student government, played varsity soccer, managed the field-hockey team, and volunteered for the Special Olympics. She was five feet ten with long curly blond hair—“the picture of Americana,” as one friend described her. Mackenzie’s parents had separated when she was six, and Mackenzie lived with her mother, Carrie Morrison, the director of breast imaging and mammography at St. Luke’s Hospital, in Chesterfield, a wealthy suburb of St. Louis. They liked to imagine themselves as the Gilmore Girls: the single mother and her precocious daughter, so close they were nearly fused. But Mackenzie’s friends and teachers noticed that in her mother’s presence Mackenzie physically recoiled. Lisa Smith, the mother of one of Mackenzie’s best friends at Whitfield, said that her daughter once asked why Mackenzie was always injured: “My daughter kind of looked at me funny, and I looked back at her and said, ‘What are you trying to say?’ ”

When Fendell asked Mackenzie about her bruises, Mackenzie offered vague comments about being clumsy. Fendell told her that, if she couldn’t talk about why she was injured, she should write it down. “I don’t ever want to cause her any pain or anything, which is why I’ll probably end up burning this,” Mackenzie wrote in the journal. “I wish that I had the courage to tell someone. Or even to write everything down in here. Because if I’m being honest, there are things that I’m too ashamed to even speak of.”

Mackenzie began documenting her life with her mother and her mother’s boyfriend, Henry Lovelace, Jr., a personal trainer who had won the Missouri Strongest Man Championship in his weight group. Two days after starting the journal, in March, 2014, she wrote an entry about a head injury she’d suffered three months earlier. She had been hospitalized for four days at St. Luke’s, where her mother worked. “Mom heard her tumble, thought maybe tripped going up the stairs,” the medical records said. Mackenzie told the hospital staff that she didn’t remember what had happened. A consulting physician said that Mackenzie “most likely fell down the steps at home and hit her head.” He observed, “She appears scared.” 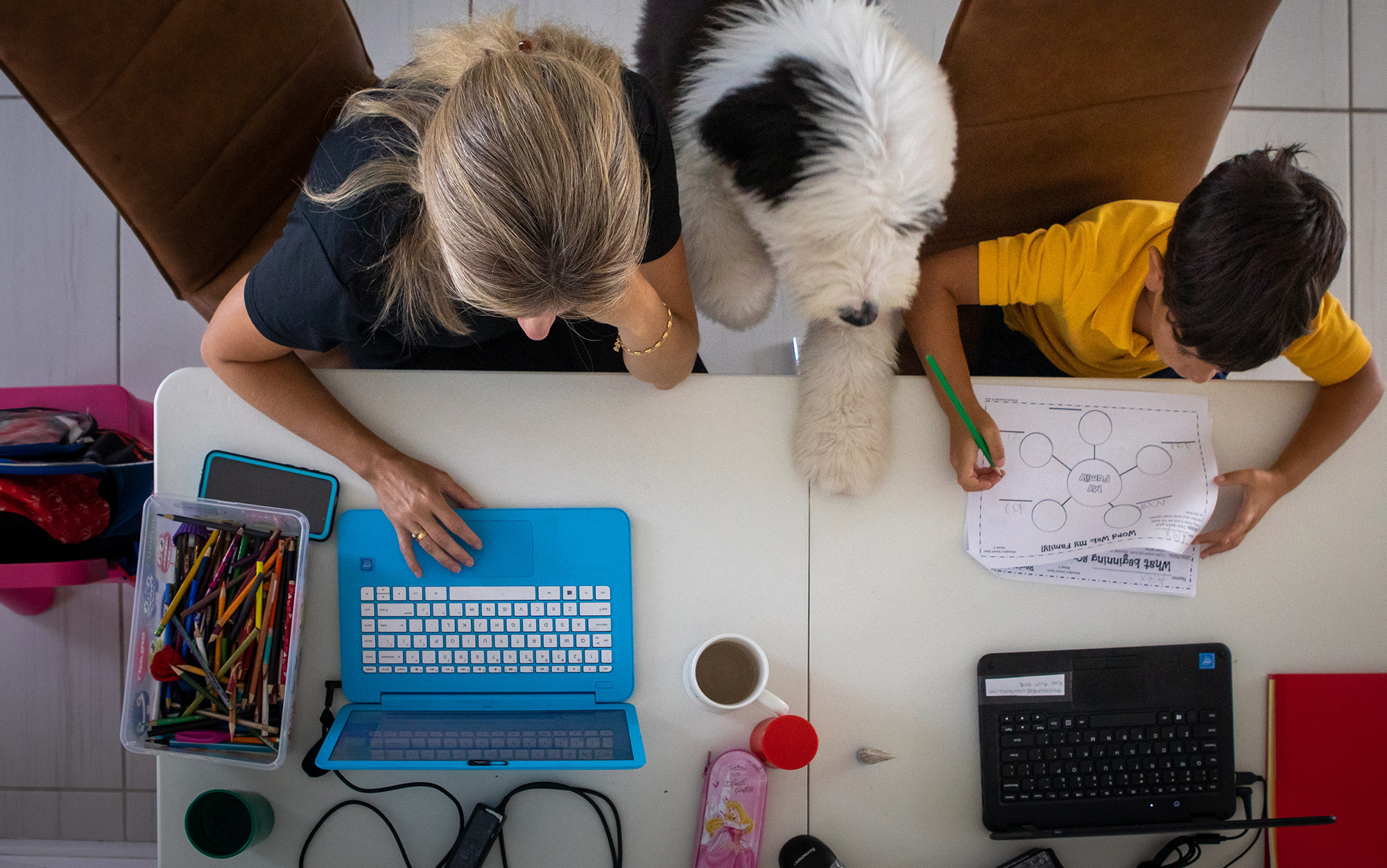 Just about every parent will have a personal version of this scenario, especially during the COVID-19 pandemic: it is evening after a long workday. You are getting dinner started, but it’s like trying to cook in a blizzard. The children are crying, the spaghetti’s boiling over on the stove, your phone starts buzzing with a long-awaited call after a job interview, the doorbell just rang, and you’re the only adult in the house.

Now imagine someone came up to you in the middle of all of this and said: ‘Hey, I have some chocolate here. I can give you this chocolate right now with five bucks or, if you wait a half hour, I will give you the chocolate and 10 bucks.’ As you gently try to peel a toddler from your lower leg while reaching to turn off the stove burner, you say: ‘Put the chocolate and the $5 on the counter and go away.’ Making this quick decision means you have one less thing to think about – and one person less in the kitchen. You don’t have time to make what looks like the better choice of just as much chocolate but twice as much money, if only you could wait.

Now envision support systems to lift some of that load. A stove that turns down its burners when sensors pick up boiling water on its surface. A digital assistant that takes calls after three rings and says: ‘Sorry, I am unavailable for just a few minutes – please call back in five.’ A front porch sensor with a stern recorded voice (and possibly the background noise of a loud, booming dog bark) that says: ‘No solicitors’. And children who… well, there’s no technology for that – yet. But with everything else offloaded to digital supporters, you could make the cool-headed decision to delay the chocolate and get double the money to boot.

Overburdened parents aren’t the only people who could use some gadgets to offload mental cargo. One study asked pilots to press a button every time they heard an alarm signifying crisis during a flight simulation; in more than a third of cases, the volunteer pilots did not register the sound, which is rather alarming in itself. The researchers running the investigation also conducted electroencephalograms (EEGs) on the pilots during the scenarios. In the brain, the EEG findings suggested, the demands of the intense flight scenario created a cognitive bottleneck that even an urgent auditory alarm could not breach.