News 09.02.22 : Today’s Articles of Interest from Around the Internets

How to Want Less

I glanced into my teenage daughter’s bedroom one spring afternoon last year, expecting to find her staring absentmindedly at the Zoom screen that passed for high school during the pandemic. Instead, she was laughing uproariously at a video she had found. I asked her what she was looking at. “It’s an old man dancing like a chicken and singing,” she told me.

I came over to her laptop, not being above watching someone making an idiot of himself for 15 seconds of social-media fame. What I found instead was the septuagenarian rock star Mick Jagger, in a fairly recent concert, croaking out the Rolling Stones’ megahit “(I Can’t Get No) Satisfaction”—a song that debuted on the charts when I was a year old—for probably the millionth time. An audience of tens of thousands of what looked to be mostly Baby Boomers and Gen Xers sang along rapturously.

“Is this serious?” she asked. “Do people your age actually like this?” I took umbrage, but had to admit it was a legitimate question. “Kind of,” I answered. It wasn’t just the music, or even the performance, I assured her. To my mind, the longevity of that particular song—No. 2 on Rolling Stone magazine’s original list of the “500 Greatest Songs of All Time”—has a lot to do with a deep truth it speaks. 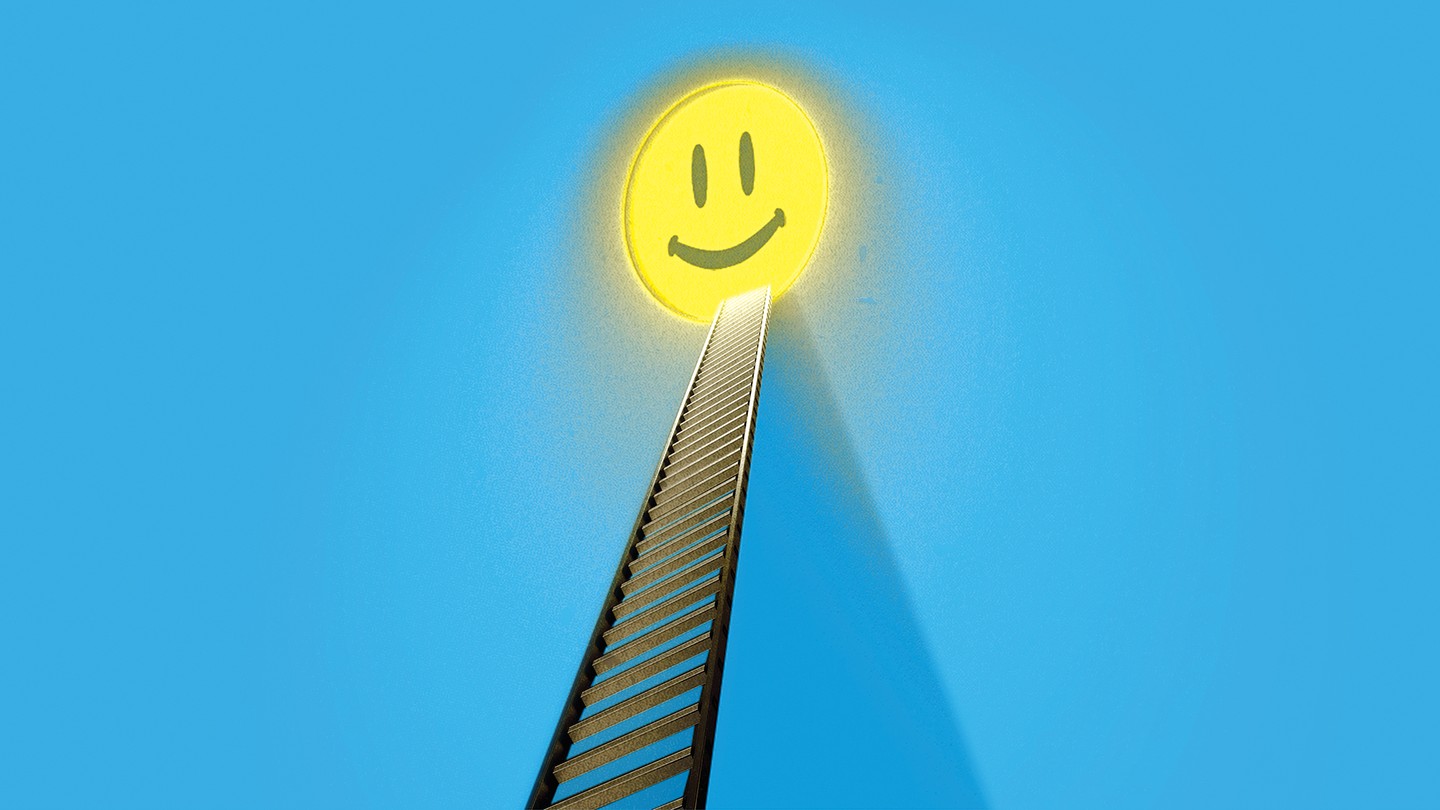 Chuck Klosterman Brings Back the Nineties

Where can we live but in decades? Since the twenties roared, it’s become a habit to delimit history in distinctive ten-year stretches. The upward spiral of developments in science and technology, imposed upon business cycles, political successions, and evolving cultural orders, guarantees that every decade inscribes a novel signature on popular memories and historical perspectives. The diffuse complexities of time get condensed into a series of indelible moods. The thirties—famished, ominous, forbidding. The forties—triumphant, horrifying. The icy cornucopia of the fifties is flushed out in the fervid deliquescence of the sixties. In the fluctuating world engendered by modernity, the decade stands for truths still held in common. You may not understand the ultimate meaning even of yesterday, and the notion that you and your neighbor occupy the same reality wanes as you burrow deeper into different media outlets. Yet you both share an impression of the aughts as an age whose crassness was exceeded only by its cruelty.

Not all decades are created equal. Our memory assigns some crisp outlines and flashing colors; others are ambiguously toned, shot through by muddle and confusion. The nineteen-nineties fall in this second category, but their indistinctness fails to subtract from their momentous character. Prominent features of the contemporary world originate within the period. The implosion of the Soviet Union, three decades ago, ushered in a political and intellectual climate—Francis Fukuyama’s “end of history”—in which the primacy of private enterprise could be taken for granted. Financial deregulation, free-trade pacts, welfare-state retraction, and mass incarceration became matters of bipartisan agreement. An Internet of plaintext and crude images metastasized into the mercurial, glossy entanglement of today’s Web. Congressional Republicans began engaging in a pattern of militant obstruction that climaxed, last year, in grassroots Republicans sacking the Capitol. The nineties were the first decade to do without aesthetic distinctions between mainstream and marginal popular cultures; since then, the clash between establishment and avant-garde has become as obsolete as duelling.

For the First Time in Its History, Facebook is in Decline. Has The Tech Giant Begun to Crumble?

Facebook was much in the news last week, although you may not realise that because it has been renamed Meta in the hope the bad vibes associated with its maiden name would gradually fade from public memory. (Google tried the same stunt with Alphabet and that hasn’t worked either.)

For a change, though, Facebook’s latest moment at the top of the news agenda had nothing to do with scandals and everything to do with its financial results, which were so unexpectedly bad that the shares dropped 25% at one point, taking $240bn (£177bn) off its market value, which in turn led to a 2% drop in the Nasdaq index.

Given that Facebook has hitherto been a licence to print money, so much so that at one stage (in 2019), when it was fined $5bn by the Federal Trade Commission, its shares actually went up as Wall Street registered that the ostensibly massive fine was actually the equivalent of a fleabite on an elephant.

But this time was different. Why? Three factors stood out from reports of Mark Zuckerberg’s conference call with stock market analysts: the impact of TikTok; Apple’s move to require iPhone users to consent to being tracked by advertisers; and the revelation that the hitherto unstoppable growth in the number of Facebook users has stalled. 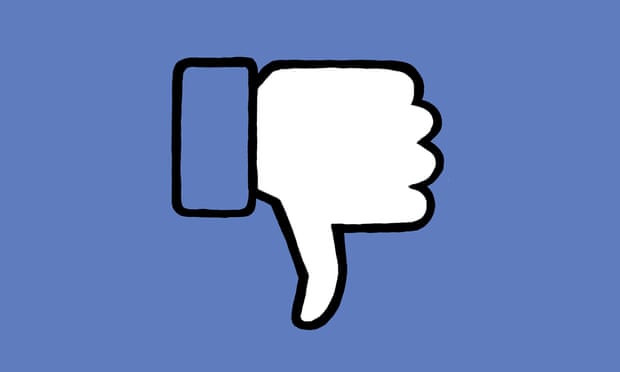 The Metamorphosis of Robert Pattinson

He is exceptionally handsome. Wide, wild eyes. Large facial features arranged where a sculptor might have put them in 16th-century Italy. He is, unlike some actors, taller than people suppose. (“A lot of Batman fans are like, He’s tiny, he’s tiny! I’m not fucking tiny!” he says. “I’m, like, a large person. About half the time, I’m trying to get skinnier.”) He has that ability to look convincingly different, by meaningful degrees, in many different things. It’s not just hair and weight. It’s the way he can lower or raise an internal dimmer switch to dial the eyes and mouth along a spectrum from, like, American scuzzbucket to French aristocrat. It permits him to work effectively as both a leading bat and a 12-minute scene-stealer. “He’s a chameleon,” Matt Reeves, director of The Batman, says. “Recently, Rob was telling me that he never plays a character with exactly his voice. The voice is one of his ways in.”

In London today, his natural accent is crisp and his words are prudent. But his laughter is freewheeling and he can’t help but start things off by saying precisely what he feels: “I’m so fucking jet-lagged!” He is underdressed: “It’s cold! Fuck!” And he is feeling his age (35): “I can’t do anything anymore!” The effect is something like: English art dealer after a weeklong fair in Hong Kong. He looks like he was maybe at his shiniest six days ago.

We’re walking through Holland Park, at the base of Notting Hill. Not 18 hours earlier, the plan had been for us to visit the London Zoo, but he’d suddenly thought better of it. “I was talking to my girlfriend”—the model and actress Suki Waterhouse—“last night and she was, like, ‘You know, people don’t really like zoos.…’ I’d been thinking about a metaphorical thing. But then I was thinking that’s very wrong, a sad bear walking in circles.” He’d talked himself out of it.

“I just can’t help it,” he says. “I’ll do it for every single element, every decision, in my life. What is the worst-case scenario for this decision?”

His career to this point has been shaped by a combination of talent, desire, luck, attendant fame, and bold choices. The fame came quickly, with Twilight, the teen-vampire saga that grossed billions of dollars and set Pattinson up for a particular kind of path. The choices—smaller movies with singular filmmakers—came as part of his masterfully planned, decade-long prison break out of that one particular career. “I’m constantly doing risk assessments, which drives everybody crazy, trying to predict every single element that could possibly happen. And then, at the end of it, just being like: Ah, fuck it! I’ll just play a lighthouse keeper who fucks a mermaid! I think this is the right move!”

The Bizarre, Unsolved Mystery of Filippo Bernardini and the Stolen Book Manuscripts 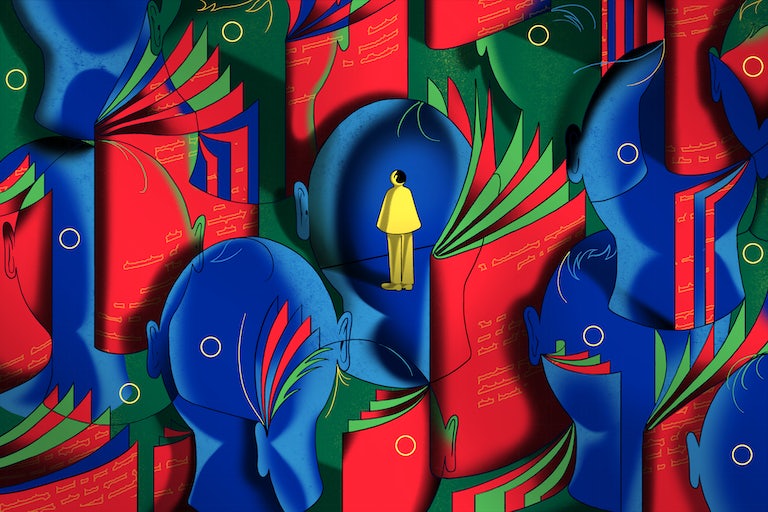 For the last five years, the publishing industry’s most compelling story has been a mystery. Somebody had been going to extraordinary lengths to steal manuscripts—mostly, but not always, unpublished ones—from agents, publishers, authors, and literary scouts across three continents by creating an extraordinary number of fake email addresses. The person behind the scheme had an impressive facility for languages (though his English, oddly, wasn’t spectacular), as well as a palpable brazenness; a number of people I spoke to who received emails from him noted their “chatty,” familiar tone. As the industry eased into the Covid-19 pandemic and everyone’s world got a little bit smaller, the emails increased and interest among members of the industry in this strange caper heated up.

On one level, the plot was incredibly elaborate and time-intensive: the stuff of Ocean’s 11. It involved registering hundreds of fake domains and creating a fake database to steal emails and passwords, and required an intimate knowledge of the international publishing world, both its luminaries and factotums. He could be threatening if people called out his flimsy deceptions; he told several of his victims he knew where they lived and that he would pay them a visit one day.

The plot, however, also had a comical crudeness. Most of the email addresses the scammer used in his catfishing scheme involved changing a single letter from the original—often r to n or vice versa—or shifting a .com address to a specific country, making the plot into which he put this massive effort surprisingly easy for his marks to unravel. And while the would-be thief chased after some big books from time to time—most of the early coverage of this escapade centered around his quest for unpublished works by Stieg Larsson, Margaret Atwood, and Ethan Hawke—he mostly seemed to be after titles that had little commercial appeal. He stole, or tried to steal, several Icelandic short story collections—hardly the stuff that criminal masterminds dream of obtaining through illicit means.

In a famously gossipy industry, the lack of a clear motive fueled a frenzy of speculation. International publishing is, after all, an business highly dependent on email and, above all, driven by relationships; the scammer’s aggressive phishing scheme was fraying the bonds in a tight-knit world and causing widespread distrust. When I first learned that someone had been stealing manuscripts in late 2020, the people I spoke with entertained an unending array of fantastical possibilities.

A particular favorite of mine—shared by several people across Europe—held that Russia’s security service, the FSB, was behind the thefts, no doubt in an attempt to undermine the Western cultural industry. There were also rumors that China was behind the plot. Some assumed it was the Mafia—an Italian was long suspected of being the culprit by a certain cohort—or another international criminal syndicate. But the pilfered texts never appeared on the black market or even on torrenting sites; no ransom demands ever materialized. Despite all the teeming interest and flights of fancy, no one could provide a plausible reason why an international criminal syndicate or a ring of Russian spies, or Chinese autocrats, would want to get their mitts on a collection of Icelandic short stories, or what nefarious purpose required them to snatch up the fifth posthumous volume of Stieg Larsson’s Millennium “trilogy.”

Read the rest of this article at: The New Republic