News 07.01.22 : Today’s Articles of Interest from Around the Internets

Is the ‘Future of Food’ the Future We Want?

The conference room at the Bellagio hotel swelled with the horns of “Ride of the Valkyries.” On a theater-sized screen set up at the front, I watch as a drone flies over a low, sunny suburb, bypassing highways and beaches and nondescript homes, where in the backyards everyone cranes their necks to see what this spidery black object is zooming across the sky. Finally, the drone reaches its destination — a home much like all the others it passed — and a panel opens on one side to reveal a bag from El Pollo Loco. The bag, held by a grappling hook, lowers to eager customers gazing up like guppies at flakes. Finally it hits a pristine green lawn, where it’s picked up by human hands and its contents presumably enjoyed for dinner. “INTRODUCING AIR LOCO FROM EL POLLO LOCO,” reads the bright white screen. “THE FIRST NATIONAL RESTAURANT TO DELIVER BY AIR.”

“We’re here to disrupt the food deliveries industry,” says Ben Thein, COO of Flytrex, an Israeli drone delivery company. Partnering with the Mexican grilled chicken chain, the drone system has completed about 500 deliveries so far, mostly in Southern California, with plans to expand in the Dallas area soon. The drones can’t deliver to apartments, and can’t fly in the rain or in high winds. But if you live in the suburbs within two miles of an ordering location, and the weather is mild and still, you could order food or groceries and it will get to your home in about five minutes, “faster and fresher” than if a human drove it, Thein says. What a bold future.

Read the rest of this article at: Eater On a recent afternoon in a Kabul hospital, seventeen babies lay beside one another on small beds, their bony elbows touching. Some of them, pink and a little plumper, cried and wriggled as nurses rushed by. Others, their pallid skin shades of blue and gray, were still—save for their skeletal rib cages silently rising and falling. The infants often weigh less than four pounds when they arrive in the neonatal intensive-care unit. Pregnant women across Afghanistan are increasingly malnourished, and their bodies, unable to carry their babies to full term, give birth prematurely. Meagre diets then leave new mothers unable to breast-feed. “A lot of babies are premature,” Abdul Jabad, a pediatrician in his late twenties, told me. “Some survive. Some not.”

Two or three infants occupied I.C.U. beds meant for a single child, owing to a surge in cases, Jabad, who stood in a white coat in the center of the ward, explained. As a result, most babies contract infections. On the day I visited, some of the sheets on the I.C.U. beds were stained with feces. Exhausted mothers stood next to the beds and stared wide-eyed at their babies. One leaned over, sang lullabies, and gently kissed her child’s cheek. Others paced in the hallway outside. About a third of the children who arrive at the unit do not survive.

A month after the Biden Administration pulled U.S forces out of Afghanistan, only seventeen per cent of the country’s more than twenty-three hundred health clinics were functional. Doctors in the hospital in Kabul told me that they hadn’t been paid since the Taliban seized power, in August, and that medicine is in short supply. The new government is struggling to feed the country’s thirty-nine million people, and the chance that an Afghan baby will go hungry and die is the highest in twenty years. Half of the country’s population needs humanitarian assistance to survive, double the number from 2020. More than twenty million people are on the brink of famine. The United Nations Development Programme projects that by the middle of this year Afghanistan could face “universal poverty,” with ninety-seven per cent of Afghans living below the World Bank-designated international poverty line of $1.90 a day.

Of all the ways Jessica Simpson had imagined taking back control of her fashion empire, lying on a hospital bed with severe bronchitis, on a breathing machine, while 34 weeks pregnant with her third child, a daughter, was not one of them. “Her oxygen levels were dropping. I couldn’t breathe,” recalls Simpson of the harrowing, rather impractical moment in early 2019 when she and her mom, Tina, president of the business, decided to initiate a takeover bid. “I was 260 pounds. She was a very big baby. We were like, ‘Just take her out.’ ”

Her daughter Birdie didn’t end up being delivered that day (doctors were able to stabilize her), but that moment did mark the beginning of a two-year battle for control of Simpson’s namesake brand, the rare celebrity line to break $1 billion in sales. “We’ll borrow against our homes,” says Simpson of her resolve. “Even if I have to go live in a little, tiny place in Ireland, I will.”

When Simpson started the line in 2005, she was an improbable apparel mogul. The gospel-singing daughter of a Baptist pastor, she first surfaced on the pop-music scene in the 1990s, a new breed of sexy teen blond belters alongside Britney Spears and Christina Aguilera. Although she had the vocal chops, it was the pioneering 2003 hit MTV show Newlyweds, a voyeuristic romp through the then-23-year-old’s new marriage to her boy-band husband, Nick Lachey, that vaulted her into the pop-culture firmament. Those who’d written her off as merely a ditzy entertainer became converts. Her viral malapropisms, frank charm, and sexy Texas style drew an Instagram-like following years before the social platform even existed.

Read the rest of this article at: Bloomberg 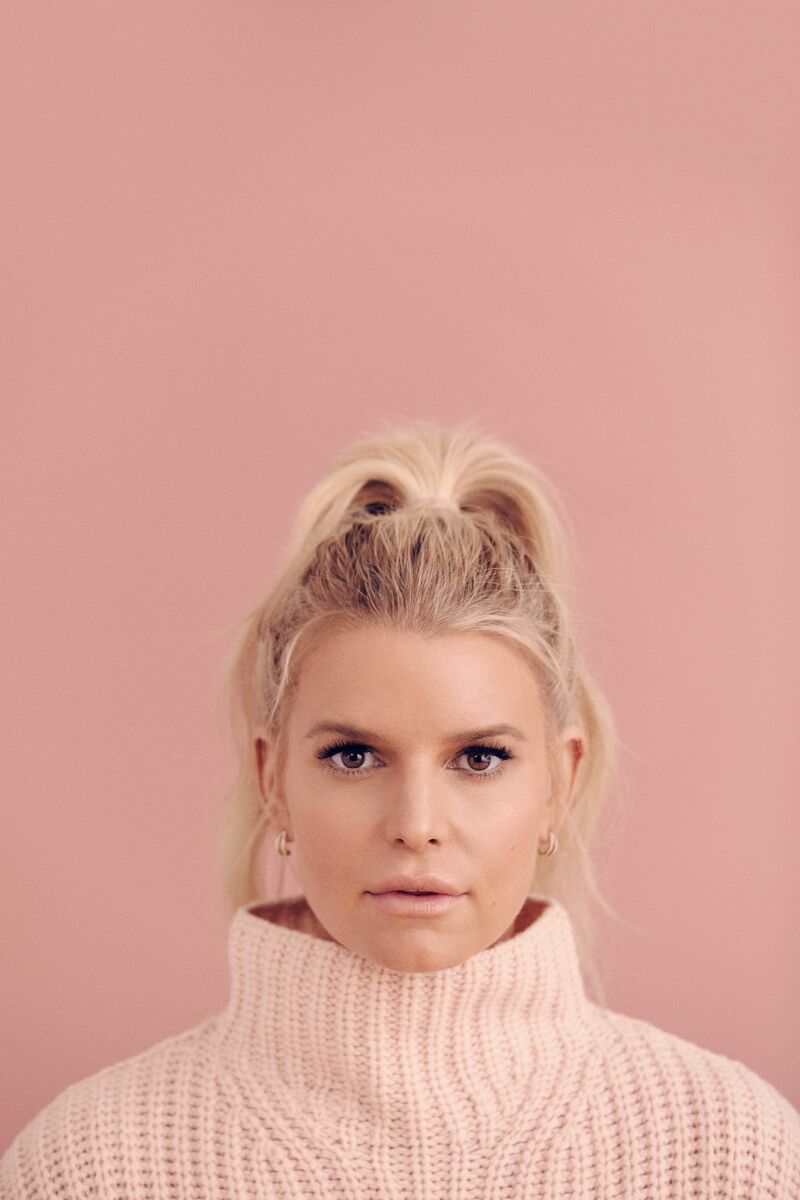 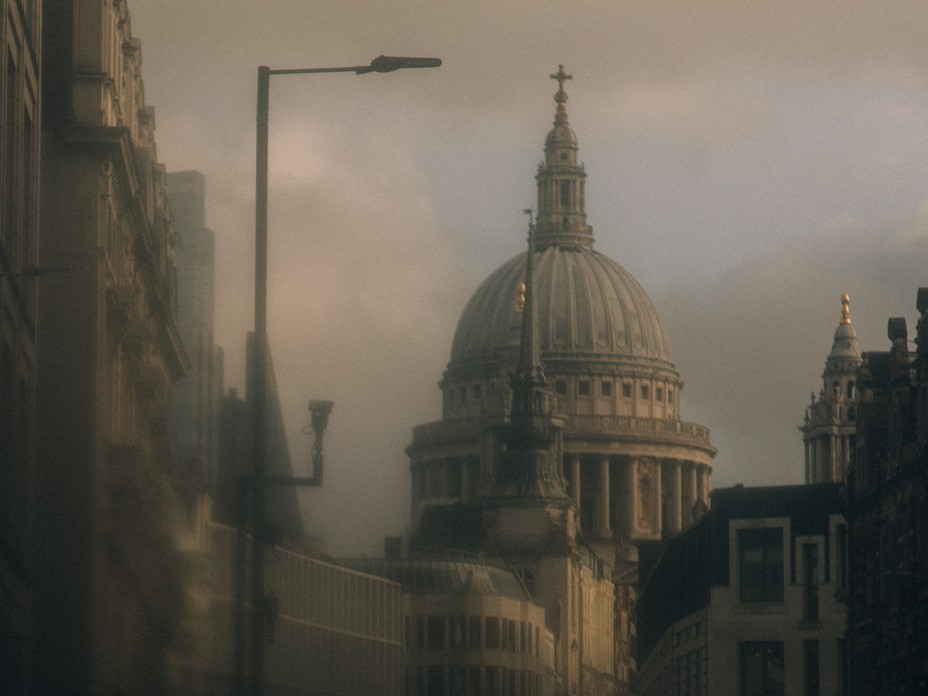 The grim reality for Britain as it faces up to 2022 is that no other major power on Earth stands quite as close to its own dissolution. Given its recent record, perhaps this should not be a surprise. In the opening two decades of the 21st century, Britain has effectively lost two wars and seen its grand strategy collapse, first with the 2008 financial crisis, which blew up its social and economic settlement, and, then, in 2016, when the country chose to rip up its long-term foreign policy by leaving the European Union, achieving the rare feat of erecting an economic border with its largest trading partner and with a part of itself, Northern Ireland, while adding fuel to the fire of Scottish independence for good measure. And if this wasn’t enough, it then spectacularly failed in its response to the coronavirus pandemic, combining one of the worst death rates in the developed world with one of the worst economic recessions.

Yet however extraordinary this run of events has been, it seems to me that Britain’s existential threat is not simply the result of poor governance—an undeniable reality—but of something much deeper: the manifestation of something close to a spiritual crisis.

The 20 years from 2000 to 2020 might have been objectively awful for Britain, but the country has been through other grim periods in its recent past and not seen its coherence come quite as close to breakdown as it is today. At the heart of Britain’s crisis is a crisis of identity. Put simply, no other major power is quite as conflicted about whether it is even a nation to begin with, let alone what it takes to act like one.

The problem is that Britain is not a traditional country like France, Germany, or even the United States. “Britain,” here, is shorthand for the United Kingdom of Great Britain and Northern Ireland—a collection of nations and territories, combining England, Scotland, Wales, and the disputed land of Northern Ireland—while also being a legitimate, sovereign, and unitary nation-state itself. With the passing of the Soviet Union and Yugoslavia, it is now one of the rare states in the Western world whose name is not simply the nation it represents: The United Kingdom is more than Britain and the British. Some of its citizens believe themselves to be British, while others say they are not British at all; others say they are British and another nationality—Scottish or Welsh, say. In Northern Ireland it is even more complicated, with some describing themselves as only British while others say they are only Irish.

Life After Deepwater Horizon: the Hidden Toll of Surviving Disaster on an Oil Rig 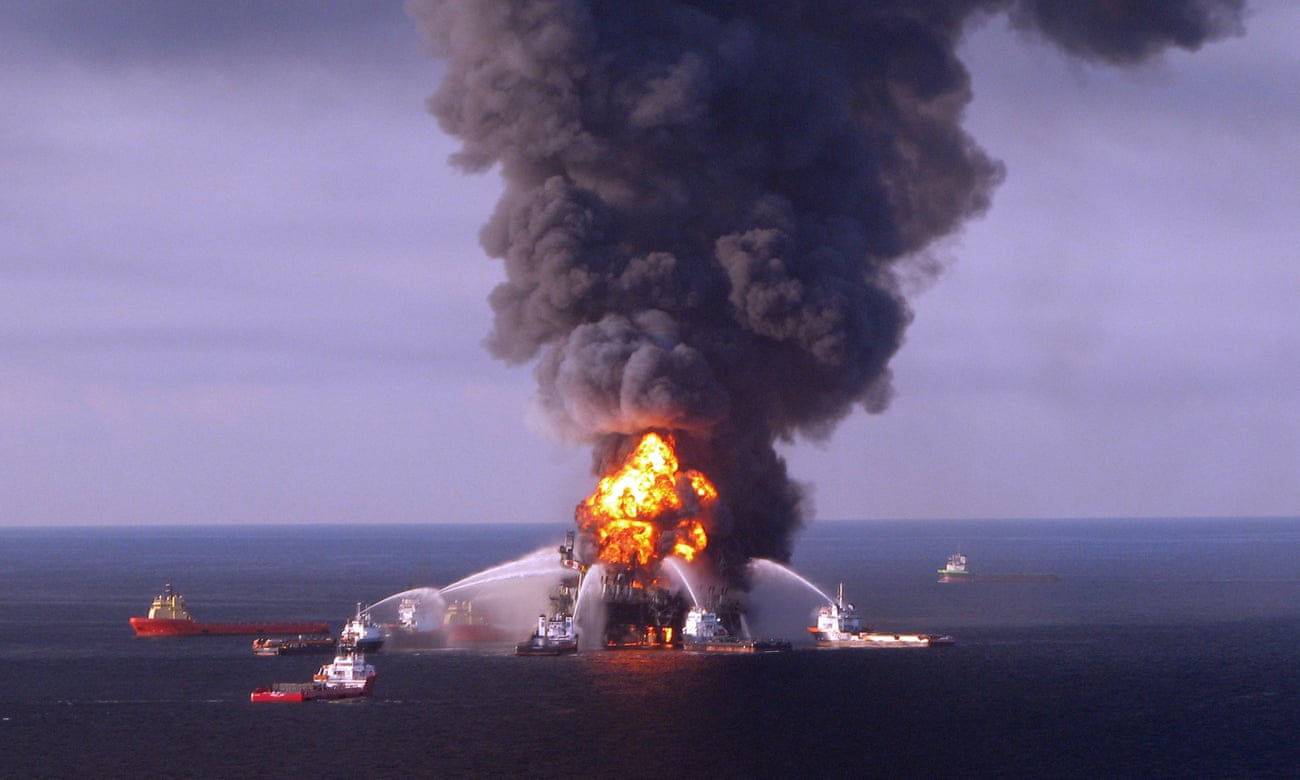 On the morning of 21 April 2010, Sara Lattis Stone began frantically calling the burn units of various hospitals in Alabama and Louisiana. She was searching for news about her husband, Stephen, who worked on an offshore oil rig in the Gulf of Mexico where a massive explosion had occurred. The blast took place the day before Stephen was scheduled to return home from his latest three-week hitch on the rig, a semisubmersible floating unit called the Deepwater Horizon.

In the hours after a spokesperson from Transocean, the company that owned the Deepwater Horizon, called to tell her that an “incident” had required the rig to be evacuated, Sara veered between panic and denial. One minute, she was telling herself that Stephen was fine. The next, she was convinced that she would never see him again. On Facebook, she came across frightening messages – “the water’s on fire!”, “the rig is burning” – posted by the spouses of other workers. At one point, Sara got on the phone with one of them, a woman who had her TV tuned to the same channel that she was watching, which was airing live coverage of the blowout. As they peered at the screen, they heard the same update, describing the blast as a catastrophic accident and raising the possibility that no one on the rig had survived. The news made them drop their phones and scream.

Sara lived in Katy, Texas, a town just west of Houston where she’d grown up and where she and Stephen had settled after getting married. The day after he got home from his hitch, they were planning to meet a real estate agent, having just received preapproval for a loan to buy a house. Now Sara wondered if Stephen would ever come home. None of the hospital burns units that she tried reaching had any information about him.

Eventually, Sara received another call from Transocean, informing her that although the blowout had caused multiple fatalities, Stephen was among those who had managed to escape from the burning rig. The survivors were now being transported by ferry to a hotel in New Orleans, she was told. After consulting her mother, Sara tossed some belongings into a suitcase, drove to Houston airport and boarded the next available flight to the Gulf. The following morning, at about 3.30am, she got a call from Stephen, who told her he was on his way to the hotel where she and other family members had gathered to wait. “Are you OK?” she asked him. “Yeah, I’m fine,” he said.