News 27.12.21 : Today’s Articles of Interest from Around the Internets

You’ve probably seen the shoplifting stories, if only because there are a lot of them. On local news and in national publications, they paint a shocking picture: Across the United States, retail stores are fighting a war against large, violent, highly organized criminal gangs. The attacks are common, and they’re escalating in severity. Thieves smash windows at luxury clothing stores, go full-on Supermarket Sweep in the aisles of drugstores, and sell their wares undetected on Amazon or eBay or Facebook Marketplace. In the process, they’re endangering people’s lives and sapping corporate profits. The stores are losing the war.

According to the retail executives, industry advocacy groups, and law-enforcement officers who have described their failing battles against these attacks, the problem has been building for years, but a spate of recent changes in laws and attitudes has threatened to tip American shopping into chaos: Felony-theft laws, they say, are now too permissive. Bail reform means that thieves are roaming the streets before they stand trial. Internet platforms where criminals profit are indifferent to pleas to shut down illegal storefronts. Employees don’t feel safe in stores, and understaffing makes theft even easier. To stabilize their businesses and make their communities safe, these executives, advocates, and officers say, they need different changes in both local and federal law.

The incidents these stories use to illustrate the problem are genuine mayhem: At a Bay Area Nordstrom, police say, as many as 80 thieves executed a coordinated attack on the store. At another Nordstrom, this one in Southern California, thieves were caught on video assaulting workers with bear spray. At a Louis Vuitton boutique in an Illinois mall, more than a dozen robbers overwhelmed sales clerks and made off with $120,000 in loot. Before dawn on a November day in New York City, thieves used a hammer to smash their way into a closed Givenchy boutique and left with $80,000 in designer duds. 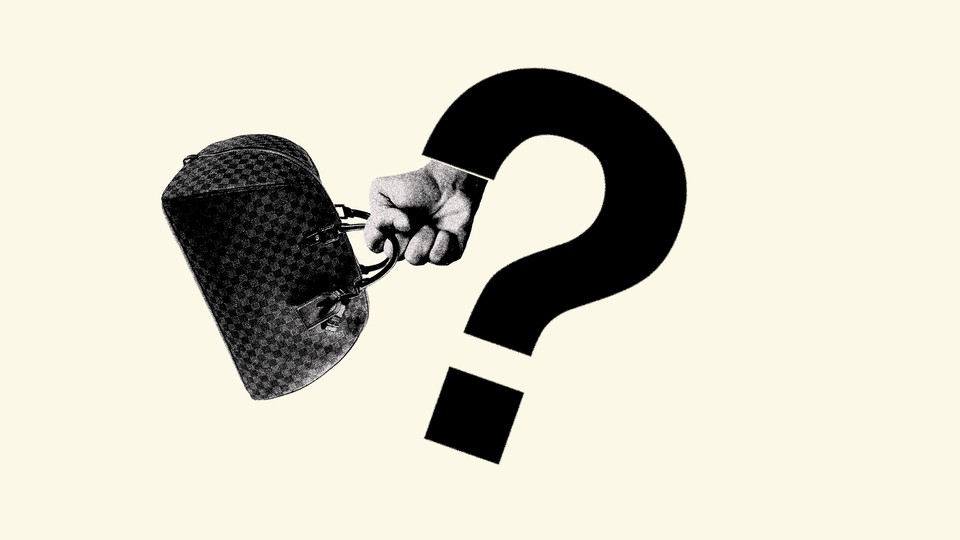 This Is Your Brain On Obsession The smooth, plastic egg fits in your palm. Brightly colored shell. Gray screen the size of a postage stamp. Below that, three buttons. Pull a thin plastic tab on the side, and the screen lights up. An 8-bit egg appears onscreen. It quivers and rolls and shakes until, finally, your Tamagotchi is born.

Inside your head, the squishy, enigmatic organ known as the brain begins firing — not only to process the visual and sensory stimuli, but to generate curiosity in this new object. In fact, the spark of this fixation likely began before you even held this toy, when you heard friends feverishly speak about it and saw it in the clutches of popular kids at school.

Obsession is more than a cultural phenomenon — it’s part of our brain chemistry, and part of what it means to be human. For hundreds of thousands of years, we evolved in environments of scarcity, where social structures were required for survival, and seeking and curiosity were imperative. In the modern era, the same brain chemistry that lured us to the sweetness of fruit and alerted us to the presence of danger now draws us to fads like the Tamagotchi.

“People are born stupid,” says Paul Silvia, a psychologist at the University of North Carolina Greensboro and author of Exploring the Psychology of Interest. Many newborn animals already have instincts about their environment and quickly gain mobility. Sea turtles, for example, emerge from eggs ready to seek the sea. Human babies, meanwhile, are notably helpless. “We can’t really move, we can’t feed ourselves, we don’t have a lot of innate behaviors,” Silvia says. “But there’s an epic learning period that happens. You can be born knowing how to take care of yourself, or you could be born knowing how to learn.” That’s where interest comes in.

Humans developed both the capacity for immense learning and a reward system that pushes us to seek out new things. In our brains, that reward cycle originates largely with dopamine, a neurotransmitter. Though dopamine-releasing neurons constitute fewer than 1 percent of the brain’s neurons, they’re incredibly powerful. Dopamine is linked to our motivation and reward cycles and, thus, implicated in everything from love and lust to addiction and our habits as consumers.

Read the rest of this article at: Vox

Inside the Online Movement to End Work

Penny’s cousin had been telling her for years that work was a conspiracy. She’d send Penny links about how working from morning to night, day in and day out, was an outdated byproduct of industrialization—a system designed for the purpose of extracting as much value as possible from laborers on the assembly line. She’d make the case that in an ideal world, no one would need to work to survive.

“She used to say to me how she was anti how hard I worked at my job,” Penny said. Penny, a 26-year-old copywriter from the UK who asked that we use a pseudonym for privacy reasons, brushed it aside. She was in her early 20s, a self-described “type A” personality at the start of an exciting career at a creative agency.

By the time she was 25, however, her relationship with work started to unravel. She felt unsupported at her job, where she’d put in long hours with little recognition from her managers. “Being good at my job, I was rewarded with—drum-roll—even more work,” she said.

Then the pandemic hit. With business slowing down and a lot of free time to fill, Penny took up sewing as a hobby and started using Reddit to look up tips and tricks. Logging on to her main feed, she began seeing recommended posts from one of the site’s fastest-growing subreddits: r/antiwork. There, she saw users give voice to thoughts she thought she’d been alone in having, like how absurd it was to continue giving your all to a job that doesn’t give back what you are putting in.

It sounded a lot like what her cousin had been trying to tell her. But it wasn’t until she stumbled upon a random meme on the forum—a grainy image of a man applying clown makeup—that everything clicked: “Maybe if I work hard /  Go above and beyond / Never use sick or vacation days / The company will notice and appreciate,” the caption read.

She saw herself in the clown. “It was a never-ending loop of just trying to get more output out of me rather than being genuinely invested in my career and growth,” she said of her job.

Read the rest of this article at: Vice Alejandro Celorio Alcantara was not surprised when the responses finally came in. As a top legal adviser in Mexico’s Ministry of Foreign Affairs, Celorio led a team of lawyers in filing a historic lawsuit in August, accusing some of the United States’ most well-known gun companies of lethal negligence on a mass scale. Seeking $10 billion in damages from a decade and a half of shoot outs and killings, the unprecedented litigation aimed to succeed where gun violence victims north of the border are all but guaranteed to fail, asking a Massachusetts federal court to hold 10 U.S.-based companies accountable for their products’ impact abroad.

Coming back from lunch on November 22, the date of the defendants’ deadline to respond, the Mexican lawyer-diplomat found that the companies had done exactly as he expected, arguing that a 2005 law that the National Rifle Association considers one of its greatest legislative achievements, which grants “broad immunity” to gun companies in gun violence lawsuits, is not bound by borders. It extends everywhere, they argued, including Mexico. The companies’ message, as Celorio read it, was simple: “’We don’t care what we’re doing. We don’t care if others don’t like the way we’re doing it. We’re gonna continue to do it.’”

The “veil of impunity,” as Celorio called it, was expected. What did catch his attention, however, was a potential seepage of politics into what Mexico insists is an apolitical legal challenge. The manufacturers, holding companies, and distributors accused in Mexico’s 139-page complaint include Smith & Wesson, Barrett Firearms Manufacturing, Beretta U.S.A., Beretta Holding, Century International Arms, Colt’s Manufacturing Company, Glock, Glock GES.M.B.H., Strum, Ruger & Co., Witmer Public Safety Group, and Interstate Arms. In a joint filing urging the court to dismiss the suit, the firms representing the companies — among them one of the largest law firms in the world, Jones Day, which represented President Donald Trump in his efforts to overturn the 2020 election — argued that “at bottom, this case implicates a clash of national values.”

“Our reading is that they’re going to try to politicize this,” Celorio told The Intercept. “They’re already increasing the political cost to the judge to rule in favor of Mexico. They’re saying, ‘You’re an American. If you let this litigation pass, you don’t hold dear to your heart the American values.’”

“They’re saying, ‘You’re an American. If you let this litigation pass, you don’t hold dear to your heart the American values.’”

More than two years in the making, the story of Mexico’s lawsuit against U.S. gun companies is unfolding on multiple levels at once. The litigation itself tests whether legal protections inscribed in the Protection of Lawful Commerce in Arms Act, or PLCAA, which President Joe Biden urged Congress to repeal in his national strategy to prevent gun violence earlier this year, extends to foreign countries. Should the challenge succeed, it would deal a historic blow to U.S. gun manufacturers. With limited exceptions, PLCAA has provided a near-impermeable shield to the U.S.-based small arms industry. For the gun companies, the law represents a vital bulwark against potentially industry-ending lawsuits. For gun control advocates, who point to instances like the victims of the Aurora, Colorado, theater massacre who were ordered to pay $203,000 to an ammunition dealer after losing a lawsuit on PLCAA grounds, it is the epitome of a deeply American brand of gun company impunity.

Read the rest of this article at: The Intercept