News 24.12.21 : Today’s Articles of Interest from Around the Internets

The Absurdity of Renting a Car Will No Longer Be Tolerated

What do you expect will happen when you walk into a rental-car office? Do you think you’ll turn over your credit card and your driver’s license, and walk out with the keys to at least generally the type of car you’ve reserved, having agreed to at least roughly the fee that you were quoted? Or do you picture something else?

“I’m expecting chaos,” says the comedian Caleb Hearon, who travels semi-frequently for work. “The whole time I’ve been doing it, it has been brutal and weird.” Now, somehow, the situation has gotten even worse. Horror stories abound: of cars renting for $300 a day even in medium-size cities; of lines out the door for cars that are not available, not present, or that might not even exist. Rental-car companies sold off huge chunks of their fleets and laid off thousands of employees during the early months of COVID-19, when demand was extremely low and they were experiencing big financial losses. More than a year later, they’re still having trouble replacing cars, because of supply-chain problems in the auto-manufacturing industry—most notably a prolonged semiconductor shortage. Demand is high, supply is low, you know the rest! 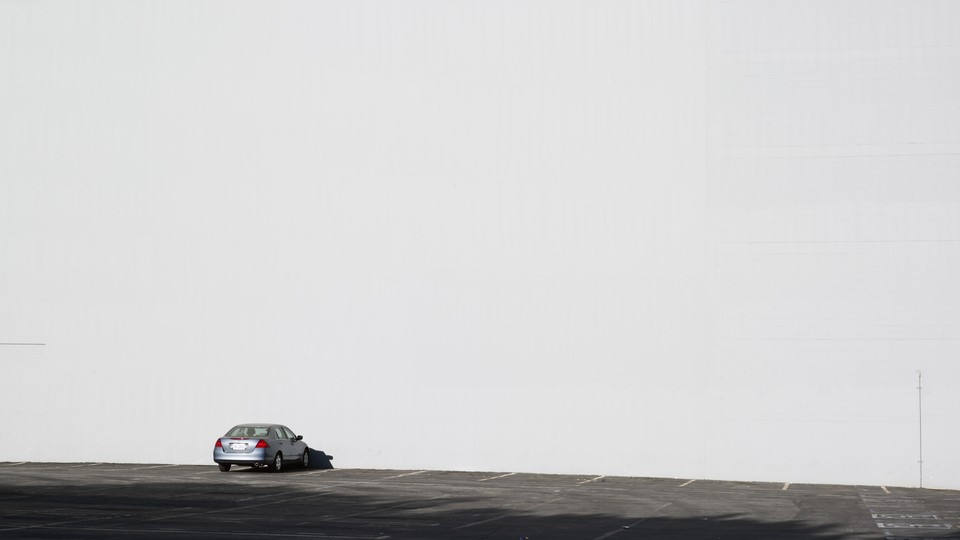 Omicron Is the Beginning of the End

During earlier stages of the pandemic, most of my friends were spared a direct brush with the virus. Perhaps they used to be much more careful. Or perhaps they were just lucky. Whatever the reason, their good fortune has now run out. Seven close friends recently told me they had tested positive. Several more strongly suspect they have COVID but are unable to get their hands on a test. Thankfully, everyone has decidedly mild symptoms (no doubt in part because they all are vaccinated and they are not in high-risk categories).

The pattern among my circle of friends fits with what’s unfolding in South Africa, where the coronavirus’s new Omicron variant was first identified. The number of cases in the country shot up quickly, but the number of deaths has so far increased much, much more gradually—possibly indicating that Omicron is more contagious but causes less severe disease than previous variants.

Early signs from other places are a little more concerning, however. And even a significantly less deadly strain could cause a whole lot of carnage if it spreads very quickly. 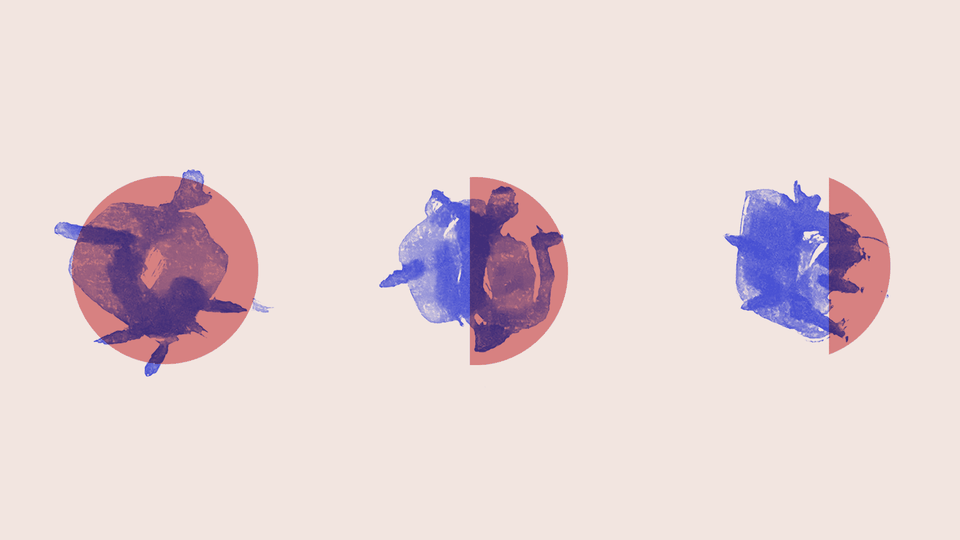 ‘We Need A New Commons’: How City Life Can Offer Us the Vital Power of Connection 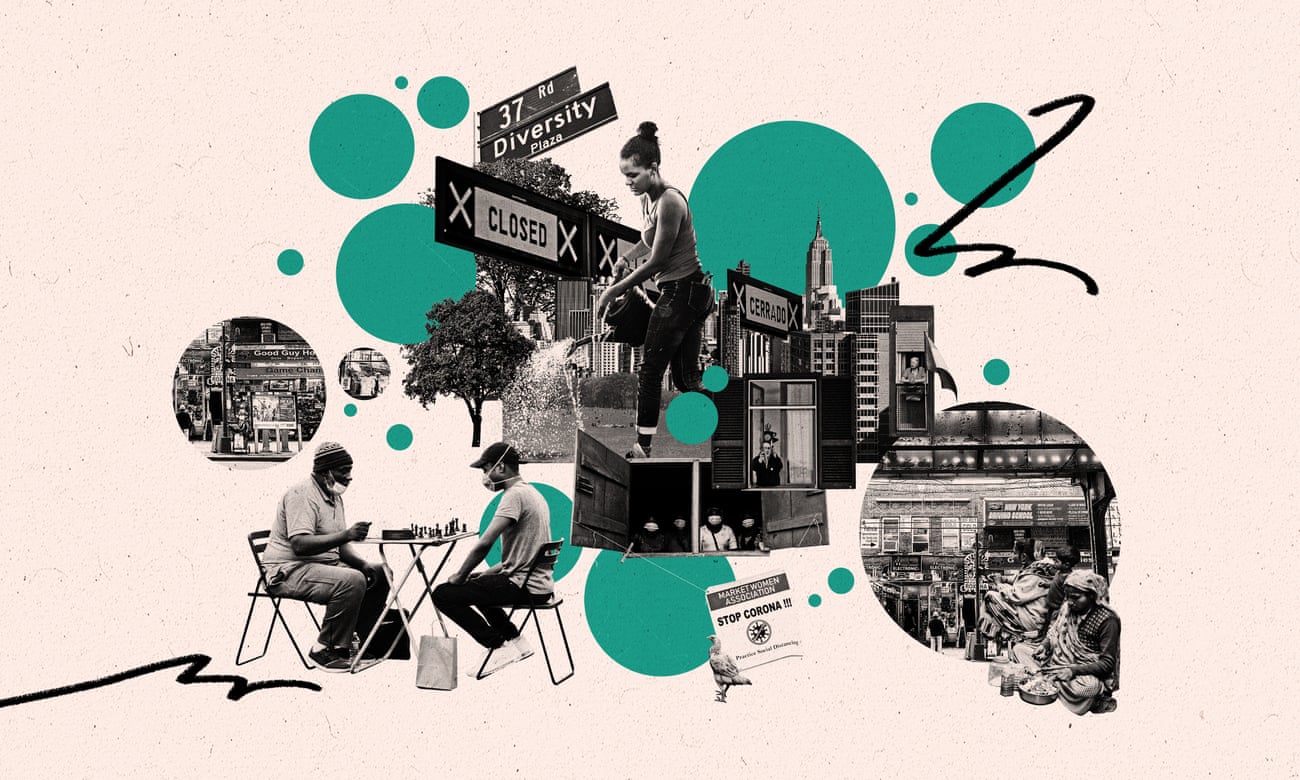 During the pandemic, the nations of the world set about energetically strengthening borders around themselves, and within themselves, as states restricted entry. During the early lockdowns, according to the UNHCR, 168 of the world’s 195 countries partially or entirely closed their borders. This hit refugees particularly hard. “Movement is vital for people who are in flight,” said Filippo Grandi, the head of UNHCR. “They save their lives, by running.”

The virus knows no borders; it is the ultimate globalist. Covid-19 put an end to the idea that the 19th-century European nation state is the political arrangement we should all aspire to. The nation state is an outdated concept, and ill serves the present emergency. The rich countries have frozen immigration. But when people can’t move, they also can’t earn. Global remittances – money sent back to their families by people working abroad – which amount to four times all the foreign aid given by the rich countries to the poor ones – have gone down two years in a row. Poor countries will be poorer.

The US immigration system basically froze, for undocumented immigrants as well as those who had already been given visas to enter the country, and for those fleeing war or climate-induced devastation. In 2020, immigrant visas dropped 45% from the previous year. The administration stoked fear of migrants as a disease-ridden horde. “We’ve got people being released at the border right now who’ve got Covid,” announced the Fox News host Jeanine Pirro. “They’ve got all kinds of diseases. They are being released into the United States.” 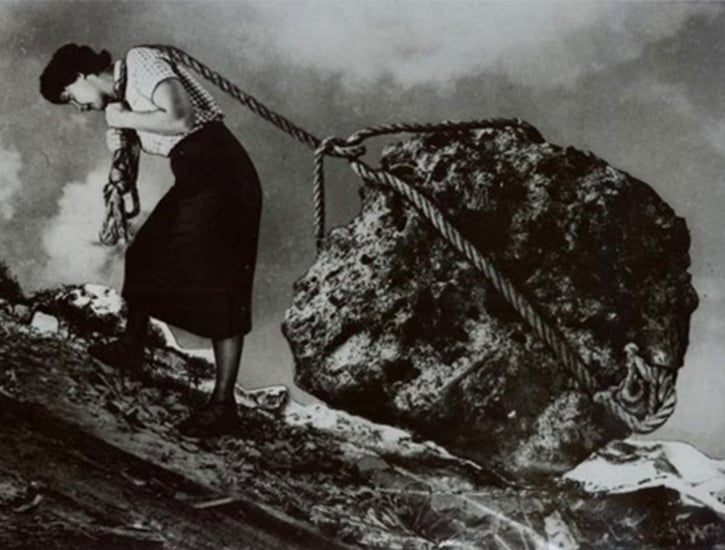 With the quickening cascade of political, social, and natural crises in our country, the faith in progress—the belief that good will and steady work leads to a better world—is a difficult faith to maintain. There have been times when the arc of history seemed to bend toward justice. But lately it’s snapped back the other way. It’s as if we’ve heaved a great boulder toward the mountain top, and we’re now watching it, slack-jawed and wide-eyed, as it careens back to the ground below. It feels that there is something absurd, in fact literally Sisyphean, to our predicament.

Albert Camus felt that way in his time. By the late 1930s, the French-Algerian writer had reason to think he was condemned to the same punishment as the mythical hero. As a teenager, he began to cough up blood; diagnosed with tuberculosis, Camus had to live each day as if it were his last. As the son of an illiterate, largely deaf and mute mother, he endured silence with the person he most loved. As a young man of the left, Camus watched France’s Popular Front government collapse while the forces of totalitarianism strengthened across Europe.

How absurd, how pointless it all seemed, and how urgent that opening declaration in his youthful essay The Myth of Sisyphus: “There is but one truly serious philosophical problem, and that is suicide.” It is, however, only at the essay’s end—when Camus embraces life, not death—that he introduces the mythical Greek hero. “The Gods had condemned Sisyphus to ceaselessly rolling a rock to the top of a mountain, whence the stone would fall back of its own weight. They had thought with some reason that there is no more dreadful punishment than futile and hopeless labor.”

The gods, Camus insists, were wrong: Sisyphus proved greater than his absurd task. Thus, we must imagine him happy, Camus concludes. But must we also imagine happy those professors who shoulder this book—or any book, for that matter—in their classrooms today?

You see, while the dire question that drove Camus to write The Myth of Sisyphus was “whether life is worth living,” I am confronted by a more modest question: whether teaching is worth doing.