News 01.12.21 : Today’s Articles of Interest from Around the Internets

The Remarkable Life of Virgil Abloh

For the polymath, there is always a cardinal subject, a chief preoccupation around which all the other interests spin. For the fashion designer Virgil Abloh, the polymath of his cohort, who died on Sunday of a rare cardiac cancer, offensively too young, the center was architecture. He studied as an architect, and the training never really left him, even as he ventured into other arts. Abloh’s thinking was organizational, spatial, and mind-numbingly lofty. He longed to build an intricately structured life for his muse, the young Black man. Abloh designed not only this man’s clothing but also his shoes, the music he listened to in order to prime himself for the workday, the furniture he looked upon before leaving for said workday, the shiny vernacular he used in his speech, the high-concept museum exhibition at which he could practice this speech. At forty-one years old, Abloh already did all that, and so the question coursing through the minds of his mourners, whose lives had been quite literally stamped with the fruits of his imagination, is this: What was next?

A Western ideal of dominance neatly grafts onto Abloh’s remarkable life, if you need it to. The pop-culture-obsessive son of Ghanaian immigrants in Rockford, Illinois, slashed an unprecedented path through streetwear to one of the highest mantles in fashion—artistic director of menswear for Louis Vuitton—and brought all his boys with him. In the wake of his death, his major identifier is that he was only the third Black man to lead a major French fashion house. But his ascendance was meaningful partly because he dispensed with the fixedness of “ascendance.” L.V.M.H. saw him as the skeleton-key ambassador to a clientele it had previously shunned and now desired, but Abloh saw himself as a big-kid enthusiast, a rewriter of our notions of luxury, a true believer in the dreams of the youth. The zeal he brought to finessing a glittery harness or punctuating a puffy silhouette with the bluntness of a pair of sneakers was equal to the zeal he brought to an impromptu d.j. night in Paris or New York or Chicago. His presence caused, or forced, the fashion industry to accept the values it had dismissed as unserious: earnestness, excitement, credulity, love. What could be more serious than love?

The Science of Mind Reading

One night in October, 2009, a young man lay in an fMRI scanner in Liège, Belgium. Five years earlier, he’d suffered a head trauma in a motorcycle accident, and since then he hadn’t spoken. He was said to be in a “vegetative state.” A neuroscientist named Martin Monti sat in the next room, along with a few other researchers. For years, Monti and his postdoctoral adviser, Adrian Owen, had been studying vegetative patients, and they had developed two controversial hypotheses. First, they believed that someone could lose the ability to move or even blink while still being conscious; second, they thought that they had devised a method for communicating with such “locked-in” people by detecting their unspoken thoughts.

In a sense, their strategy was simple. Neurons use oxygen, which is carried through the bloodstream inside molecules of hemoglobin. Hemoglobin contains iron, and, by tracking the iron, the magnets in fMRI machines can build maps of brain activity. Picking out signs of consciousness amid the swirl seemed nearly impossible. But, through trial and error, Owen’s group had devised a clever protocol. They’d discovered that if a person imagined walking around her house there was a spike of activity in her parahippocampal gyrus—a finger-shaped area buried deep in the temporal lobe. Imagining playing tennis, by contrast, activated the premotor cortex, which sits on a ridge near the skull. The activity was clear enough to be seen in real time with an fMRI machine. In a 2006 study published in the journal Science, the researchers reported that they had asked a locked-in person to think about tennis, and seen, on her brain scan, that she had done so.

With the young man, known as Patient 23, Monti and Owen were taking a further step: attempting to have a conversation. They would pose a question and tell him that he could signal “yes” by imagining playing tennis, or “no” by thinking about walking around his house. In the scanner control room, a monitor displayed a cross-section of Patient 23’s brain. As different areas consumed blood oxygen, they shimmered red, then bright orange. Monti knew where to look to spot the yes and the no signals.

IN THE NEWLY moneyed Beijing of the early 1990s, a curious type of restaurant started to appear. Limousines idled in the street while, inside, diners hunched on logs or camp-style chairs strung with rope and feasted on the likes of crackly locusts, ants boiled into soup, damp weeds and wotou (a steamed bread of coarse cornmeal) — a subsistence menu that evoked the scant rations served at rural work-unit canteens during the Cultural Revolution, less than 20 years before.

A number of patrons were former zhiqing, among the more than 16 million urban and educated young people who, between 1956 and the official termination of the Up to the Mountains and Down to the Countryside movement in 1981, were forcibly resettled in undeveloped areas and assigned hard farm labor to purge them of bourgeois thinking. (China’s current leader, President Xi Jinping, was himself sent to work in the northern province of Shaanxi at age 15 after his father, a party official and revolutionary hero, fell from grace and was imprisoned; he spent seven years in Shaanxi, living in caves, building dams and cleaning out latrines.) Why would they wish to relive their difficult pasts — and pay a premium for the pleasure? For pleasure is what these restaurants promised: not a sober history lesson but feel-good theme park nostalgia, recreating in denatured form a time of atrocities when, historians estimate, between 500,000 and eight million people died because of political upheaval, and tens of millions more were subject to persecution. 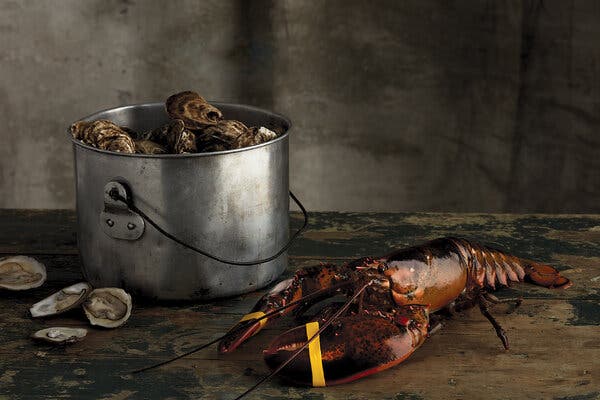 The Secretive Prisons that Keep Migrants Out of Europe

A collection of makeshift warehouses sits along the highway in Ghout al-Shaal, a worn neighborhood of auto-repair shops and scrap yards in Tripoli, the capital of Libya. Formerly a storage depot for cement, the site was reopened in January, 2021, its outer walls heightened and topped with barbed wire. Men in black-and-blue camouflage uniforms, armed with Kalashnikov rifles, stand guard around a blue shipping container that passes for an office. On the gate, a sign reads “Directorate for Combatting Illegal Migration.” The facility is a secretive prison for migrants. Its name, in Arabic, is Al Mabani—The Buildings.

At 3 a.m. on February 5, 2021, Aliou Candé, a sturdy, shy twenty-eight-year-old migrant from Guinea-Bissau, arrived at the prison. He had left home a year and a half earlier, because his family’s farm was failing, and had set out to join two brothers in Europe. But, as he attempted to cross the Mediterranean Sea on a rubber dinghy, with more than a hundred other migrants, the Libyan Coast Guard intercepted them and took them to Al Mabani. They were pushed inside Cell No. 4, where some two hundred others were being held. There was hardly anywhere to sit in the crush of bodies, and those on the floor slid over to avoid being trampled. Overhead were fluorescent lights that stayed on all night. A small grille in the door, about a foot wide, was the only source of natural light. Birds nested in the rafters, their feathers and droppings falling from above. On the walls, migrants had scrawled notes of determination: “A soldier never retreats,” and “With our eyes closed, we advance.” Candé crowded into a far corner and began to panic. “What should we do?” he asked a cellmate.

No one in the world beyond Al Mabani’s walls knew that Candé had been captured. He hadn’t been charged with a crime or allowed to speak to a lawyer, and he was given no indication of how long he’d be detained. In his first days there, he kept mostly to himself, submitting to the grim routines of the place. The prison is controlled by a militia that euphemistically calls itself the Public Security Agency, and its gunmen patrolled the hallways. About fifteen hundred migrants were held there, in eight cells, segregated by gender. There was only one toilet for every hundred people, and Candé often had to urinate in a water bottle or defecate in the shower. Migrants slept on thin floor pads; there weren’t enough to go around, so people took turns—one lay down during the day, the other at night. Detainees fought over who got to sleep in the shower, which had better ventilation. Twice a day, they were marched, single file, into the courtyard, where they were forbidden to look up at the sky or talk. Guards, like zookeepers, put communal bowls of food on the ground, and migrants gathered in circles to eat.

The guards struck prisoners who disobeyed orders with whatever was handy: a shovel, a hose, a cable, a tree branch. “They would beat anyone for no reason at all,” Tokam Martin Luther, an older Cameroonian man who slept on a mat next to Candé’s, told me. Detainees speculated that, when someone died, the body was dumped behind one of the compound’s outer walls, near a pile of brick and plaster rubble. The guards offered migrants their freedom for a fee of twenty-five hundred Libyan dinars—about five hundred dollars. During meals, the guards walked around with cell phones, allowing detainees to call relatives who could pay. But Candé’s family couldn’t afford such a ransom. Luther told me, “If you don’t have anybody to call, you just sit down.”