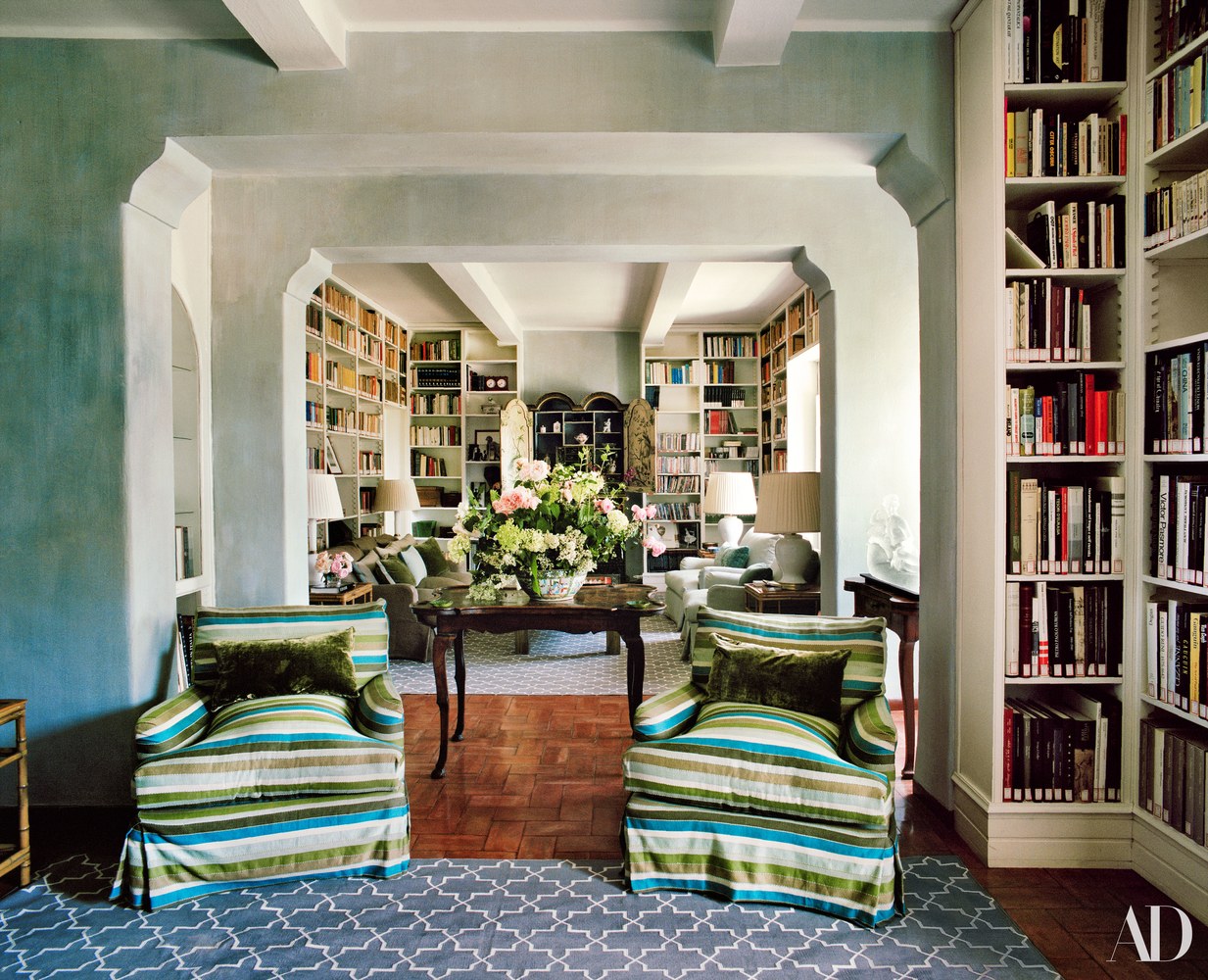 Maremma is an area in the Tuscan hills where the medieval hilltop town, Capalbio, sits. It is here, in an old convent made of pink terra cotta, that the granddaughter of Don Filippo Caracciolo, eighth Prince of Castagneto and third Duke of Melito lives with her two children. Jacaranda Caracciolo di Melito Falck is her name, a journalist, television producer and philanthropist who once married a Borghese prince and moved to Rome and eventually inherited the old convent.

“Urbane Roman decorator Tommaso Ziffer helped with the house, although the interventions are minimal. For inspiration, Jacaranda assembled favorite images on a Pinterest board—stripes, toiles de Jouy, and the daintily high-style interiors of the decorator Madeleine Castaing, who also celebrated the unusual greens and blues in which Jacaranda delights.” ––Architectural Digest

Scroll through for a glimpse of this magical space in Tuscany … 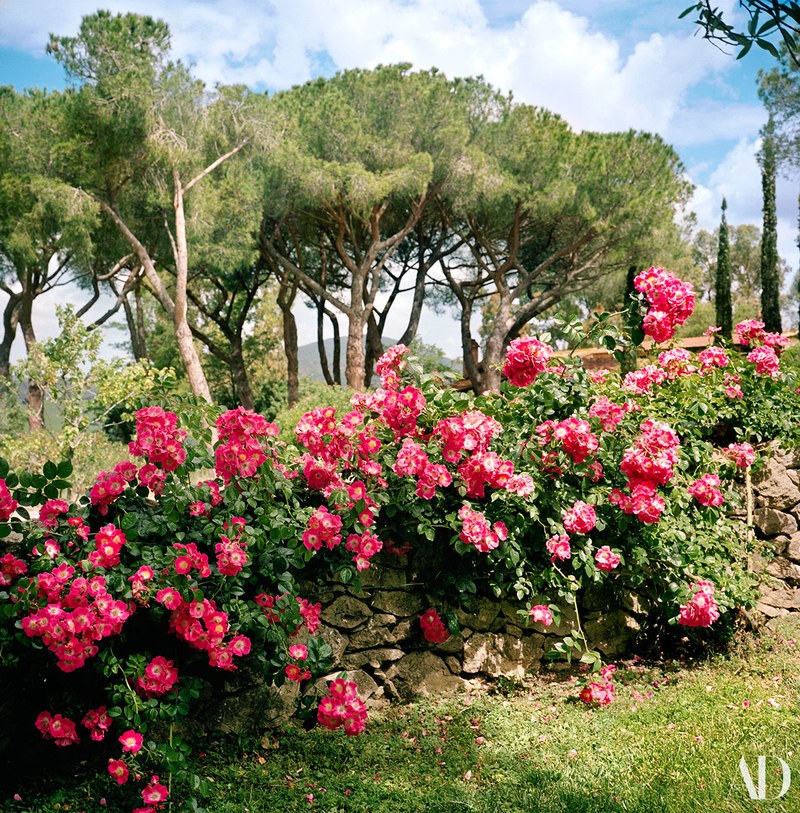 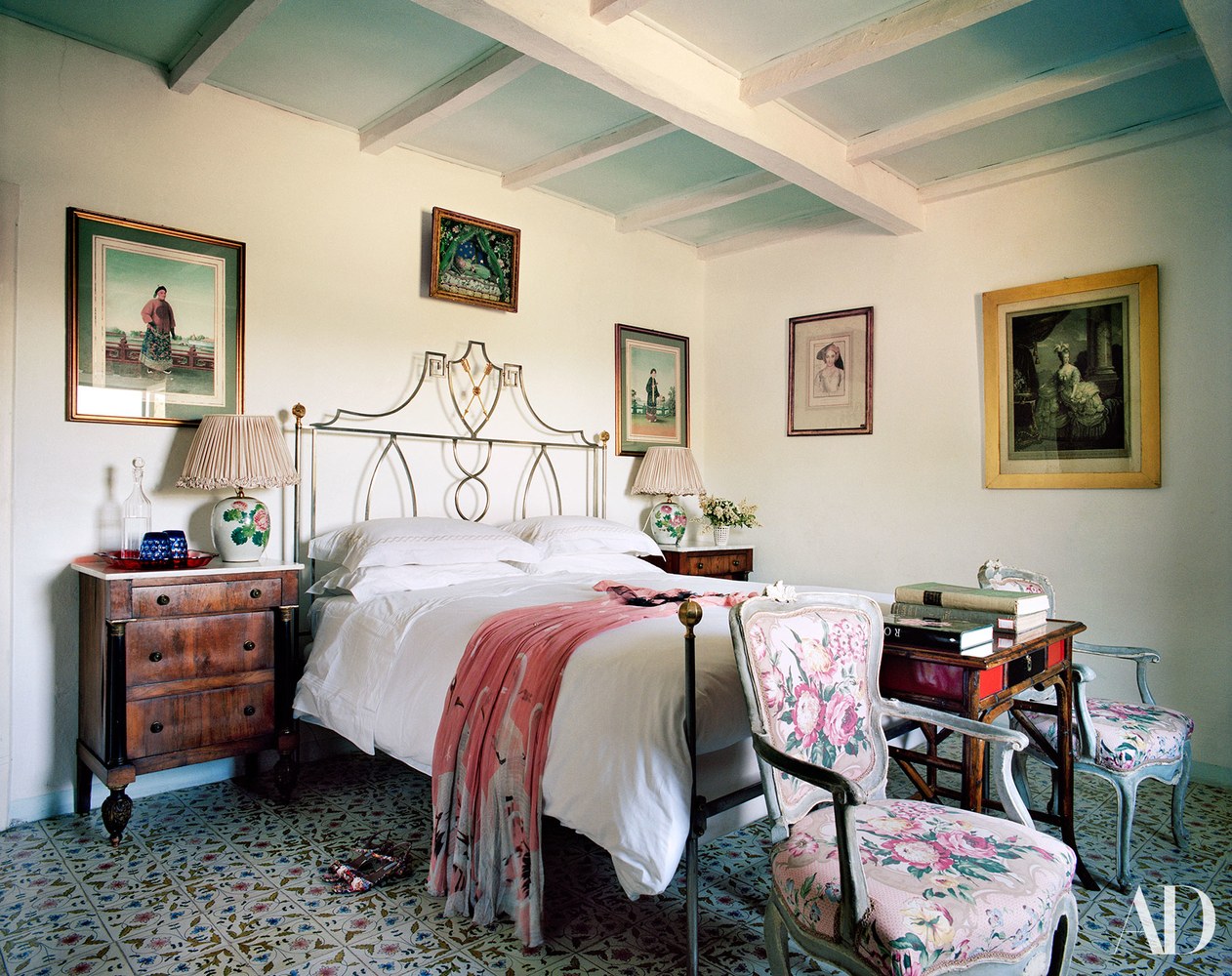 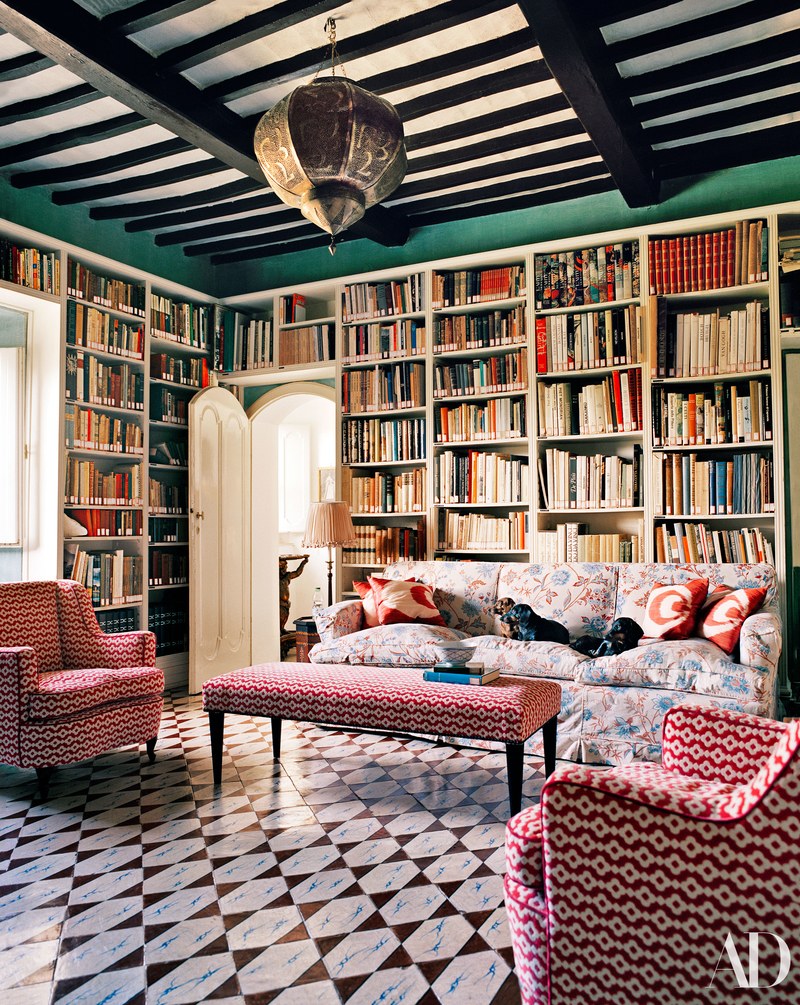 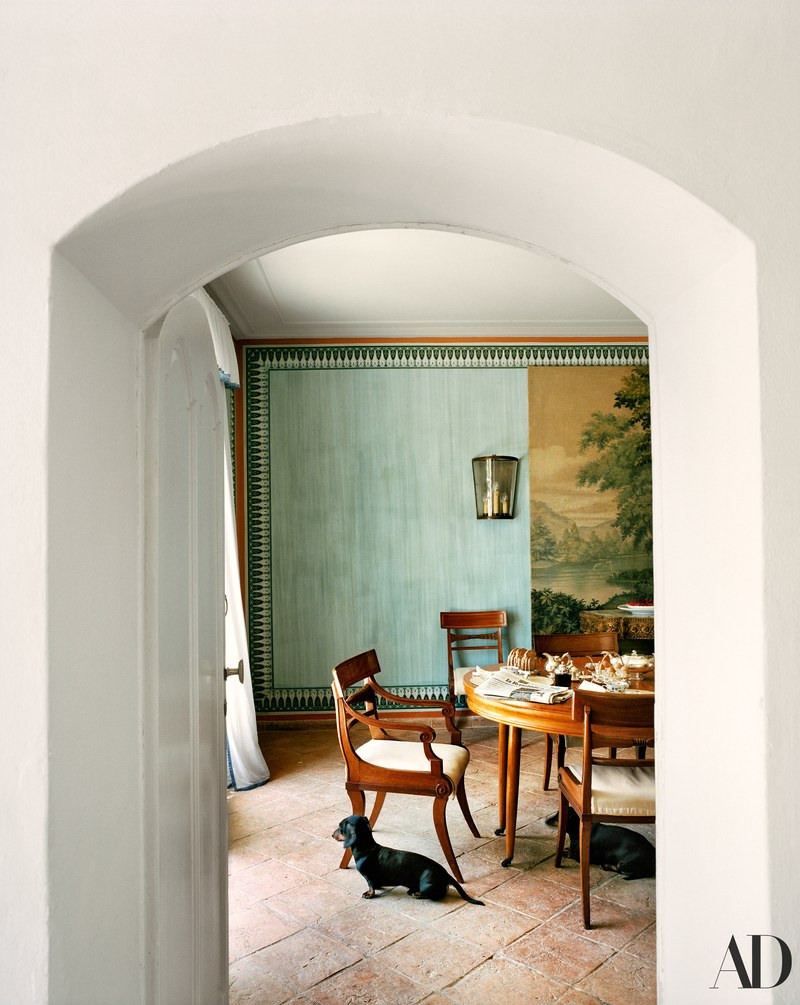 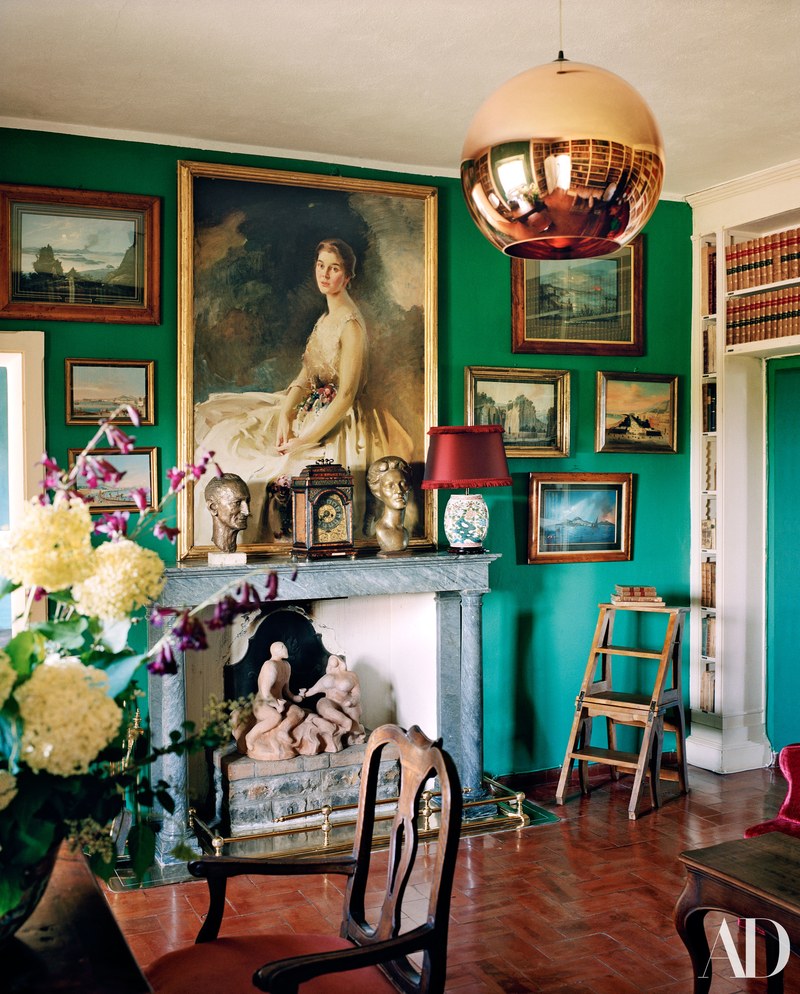 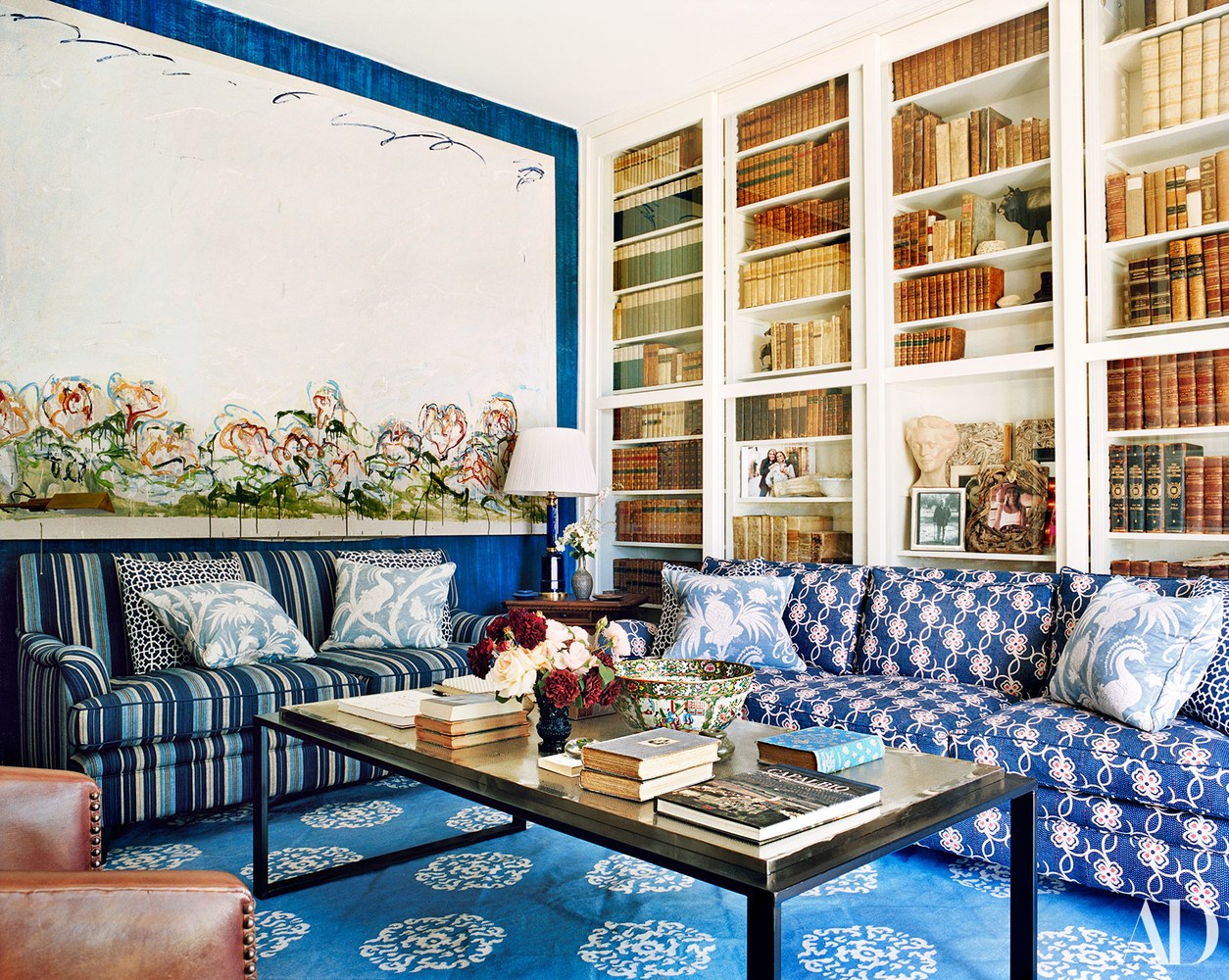 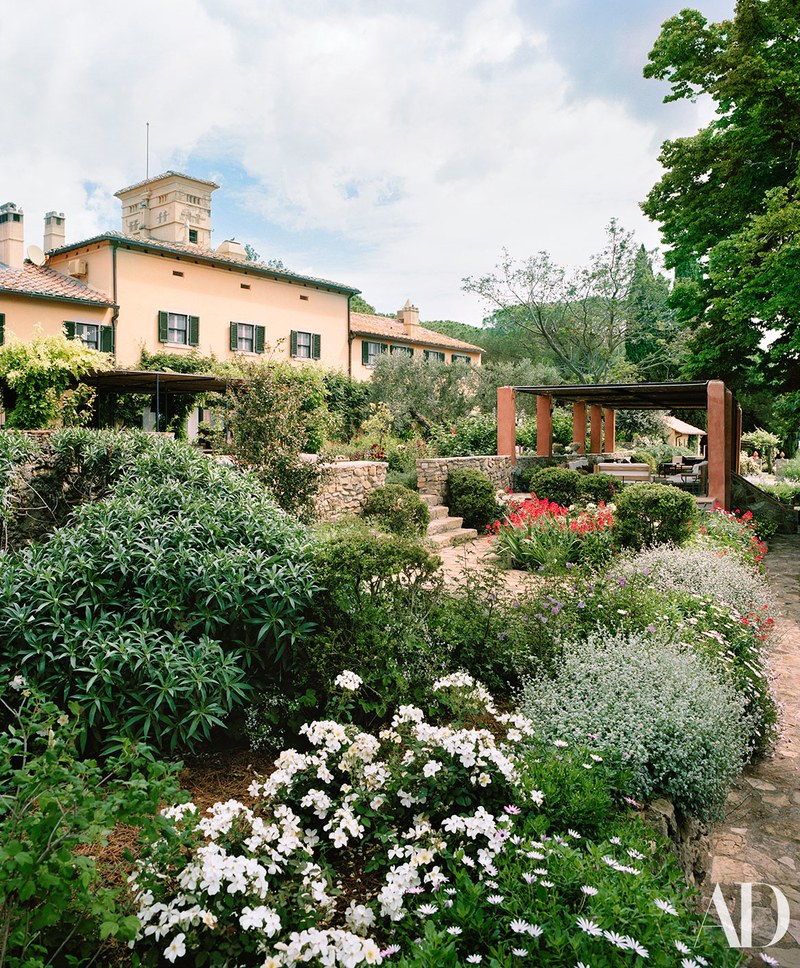