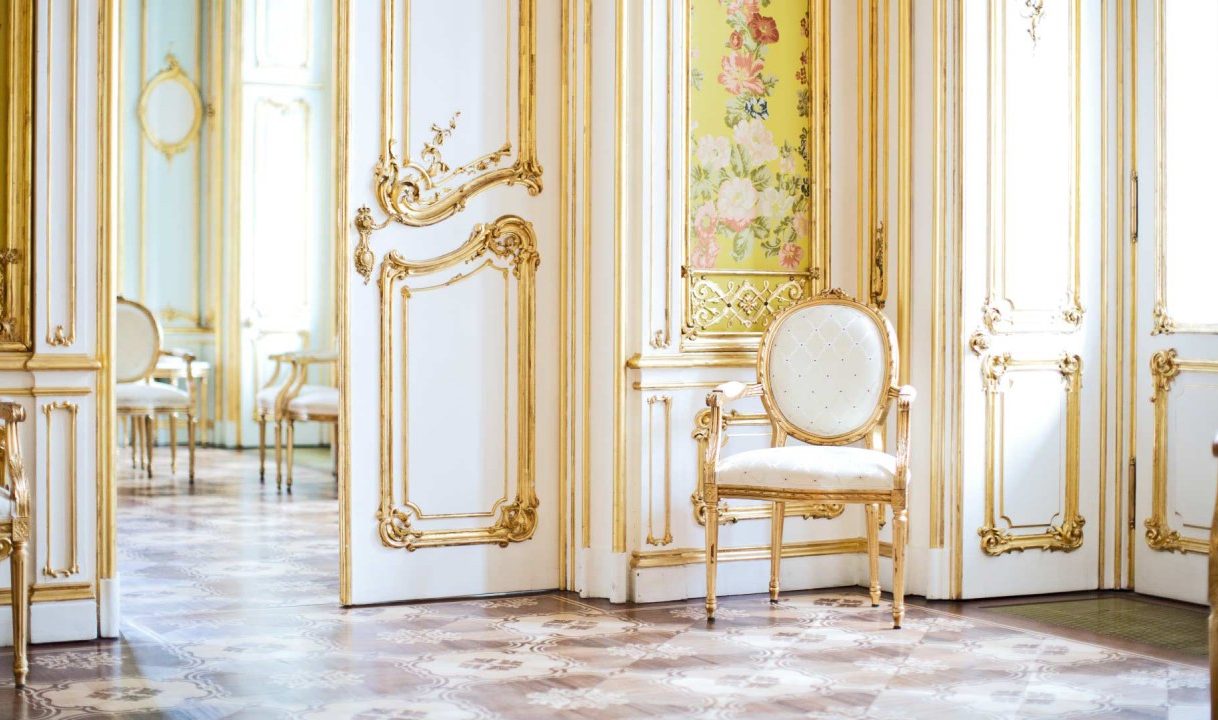 THIS WEEK, IT’S WHISKED AWAY TO THE PALAIS COBURG, in Vienna, Austria. Designed in 1839 by architect Karl Schleps in the Neoclassical style, the palace was built by Prince Ferdinand of Saxe-Coburg and Gotha from 1840 to 1845. The Palais Coburg, also known as the Palais Saxe-Coburg rests on the Braunbastei, a part of the Vienna city defences, and dates back to 1555.

In 1945-1955, the building suffers damage at the end of the Second World War by artillery shells and bombs. Russian soldiers were housed in the palace after the war. From 1955-1997, two floors of the palace were rented out to Austrian Federal Railways as offices.

The palace’s last private owner was Princess Aurelia of Saxe-Coburg and Gotha, who lived there with her family. In 1978, when it was sold to  the last coburg owner, princess sarah aurelia sold the palace to a realtor. In 1992, the palace was purchased by two Austrian banks, the Länderbank and the Zentralsparkasse.

In 1997, Palais Coburg is acquired by the Pok Puhringer Foundation. At this time, only the contours and decorative elements of the facade and parts of the stucco of the once magnificent palace remained, along with decrepit wall coverings and some gilding in the state rooms.